This Day In History: The US Chief Of Staff Warns Of A Surprise Japanese Attack (1941) 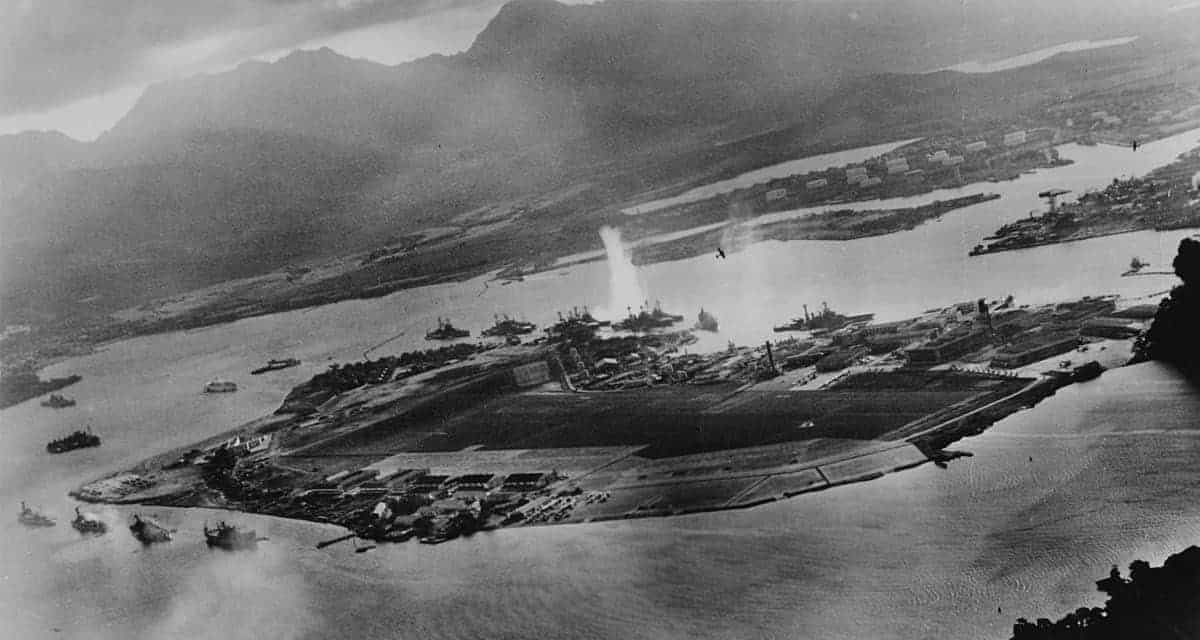 This Day In History: The US Chief Of Staff Warns Of A Surprise Japanese Attack (1941)

On this day in 1941, the U.S. chief of naval operations, informed several admirals that he believed that the Japanese were preparing a surprise attack on US positions and installations in the Pacific. President Roosevelt and several members of his government had become convinced that the Japanese were preparing for an attack and that there was a real prospect of a general Pacific War. Admiral Kimmel, commander of the U.S. Pacific Fleet at Pearl Harbor, Hawaii was warned to be on alert for a possible attack. Roosevelt had shocked his cabinet during a discussion about the situation in the Pacific when he announced that the Japanese were preparing a surprise attack and that they were notorious for it. They had done something similar to the Russians and the Chinese. Roosevelt believed that they would attack America without warning. In a telegram to Winston Churchill, he urged the British to be vigilant in the Pacific as he expected a Japanese offensive.

Pearl Harbor, at Oahu, was central to the US defenses in the Pacific. It was the home port of the US Pacific Navy. Even before the ‘warning’ Kimmel was planning how to prepare for an attack. He was in consultations with another commander about the possibility of sending ships to reinforce Wake and Midway Islands. This was because they believed they were prime targets for the Japanese. The US navy and air force were not in a position of strength and it lacked basic equipment such as artillery and anti-aircraft guns.

Relations between Washington and Tokyo had been tense for some time. America was outraged over the Japanese occupation of China and their brutal treatment of the Chinese civilian population. This had led the Americans to impose economic sanctions on Japan and this included an oil embargo. This embargo greatly worried the Japanese and they tried to persuade the Americans to lift the sanctions. However, Roosevelt was adamant and he refused to lift the economic sanctions. Then the American Intelligence Service intercepted a telegram from a Japanese diplomat speaking ‘of things happening’. This was believed to refer to Japanese Naval movements off Formosa, nowadays Taiwan. In reality, the American Intelligence Service had failed to interpret the message correctly and the Japanese diplomat was actually refereeing to the First Japanese Air Fleet and that it was heading towards Pearl Harbor.

On the 7th of December, the Japanese Air Fleet attacked Pearl Harbor. They sank several US ships, including the Arizona. Hundreds of American sailors, airmen and marines were killed in the attack.

The Americans had been caught completely by surprise even though the American Navy, Army, Airforce and government had long believed that a surprise attack was imminent.