This Day In History: Mussolini Falls from Power (1943) 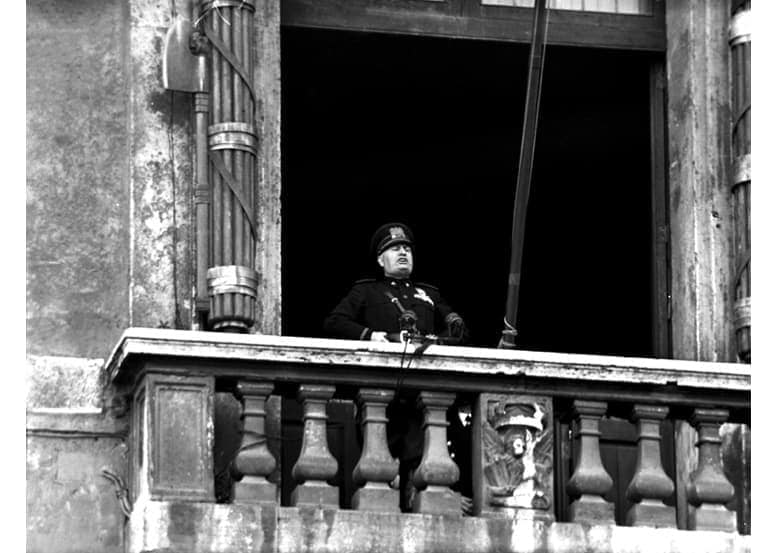 This Day In History: Mussolini Falls from Power (1943)

On this day in history, on the night of July 24 and the early hours of the 25th, the cabinet of the fascist government, held a crisis meeting. Mussolini was sick and tired and seemed incapable of leading the country. The Allies had just invaded Sicily. The position for Itlay was bleak and it seemed that they would either be defeated by the allies or the Germans would occupy them. All those in attendance were loyal fascists and revered Mussolini personally. However, they needed to do something quick to protect Italy and the future of fascism in Italy.

A leading fascist proposed a vote to give some of the leader’s power to the king. This in effect removed many of the dictatorial powers that Mussolini had been gathering for himself since the early 1920s. Mussolini did not react. he was shattered emotionally and physically. He did not even seem aware of the significance of the meeting. Mussolini in fact after the meeting that had rendered him a figurehead went to meet the king for a regular meeting. During the meeting, the king was shocked by the appearance of Mussolini.

At the meeting, the king informed Mussolini that General Pietro Badoglio would assume the powers of prime minister. He also told Mussolini that the war was lost and that he favored a separate peace with the allies. Upon leaving the meeting, Mussolini was arrested by the police. In effect, a coup had taken place and Mussolini was deposed from power. Yet Il Duce did nothing- he was apparently happy to be taken into custody and he may have been actually relieved. He was no longer in control of events and the Italian defeats had shaken his self-belief.

The radio announced that Mussolini was deposed and that General Badoglio was now running the country. Most Italians were happy at this and they greeted the news with some relief. There was no demonstration in favor of Mussolini and even his own fascists were glad to see the end of his disastrous rule.

The new government had the Italian dictator sent to the island of Ponza where he was imprisoned. The only remaining question was whether Italy would continue to fight alongside the Germans or surrender to the British and Americans.

Several months later, Hitler had Mussolini rescued in a daring commando raid. He was then made the head of a puppet regime in Northern Italy, known as the Salo Republic. In fact, Mussolini was a leader only in name and he was controlled by the Germans. At the end of the war, when total defeat was certain he was captured by Communist partisans. They summarily executed him and his mistress and displayed their bodies to the public in Milan.

The New York Times – After Mussolini

The New York Times – MUSSOLINI ON ISLE TORE OFF HIS SHIRT; But The Ousted Dictator As A Prisoner On Ponza Soon Wearied Of Tragic Role

The Week – How Did Italy’s Fascist Dictator Benito Mussolini Die?