This Day In History: The League Of Nations Expels The Soviet Union (1939) 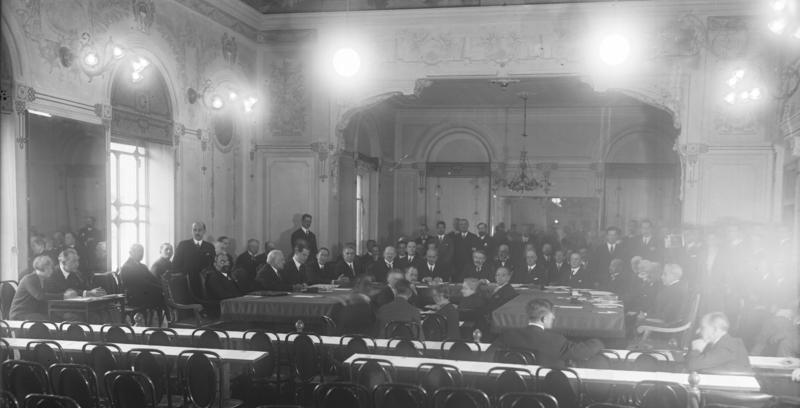 This Day In History: The League Of Nations Expels The Soviet Union (1939)

On this day in history, the League of Nations the forerunner of the United Nations expelled the Soviet Union. The League had been formed in the aftermath of WWI in order to prevent another international war. Many countries belonged to the League and they voted unanimously to expel the Soviets. This was in response to the Soviet invasion of Finland. On October the 30th 1939, the Soviets had launched an unprovoked attack on the Finnish nation. Stalin had ordered the bombing of Helsinki and ordered tens of thousands of troops across the border. The USSR had been aggressively seizing territories in Eastern Europe. It had partitioned Poland with Nazi Germany. They had done this in order to ‘protect’ the Poles from the brutality of the Nazis. The Soviets also seized two provinces of Romania and occupied the Baltic States.

The League of Nations was an American idea. The driving force behind the organization was President Woodrow Wilson. However, after the early death of Wilson, the American’s refused to join. This was to greatly reduce the effectiveness of the League. There were many isolationists in America and they believed that it was not in the national interest for American to become involved in international affairs.

The League was formed in order to prevent another international war, by 1939 it had clearly failed. The League had some minor successes in the 1920s. However, by the 1930s it was apparent that the League was not able to stop international conflict. In 1933 the Imperial Japanese army invaded Manchuria in China, despite the opposition of the League. In the next few years the Japanese moved further into China. The League failed to prevent Nazi Germany from re-arming and from re-occupying the Rhineland. These were all flagrant violations of the Treaty of Versailles. In 1936 Mussolini invaded Ethiopia and used poison gas on those who resisted his army. The League also failed to prevent this, although it did impose some sanctions on Fascist Italy. When war broke out in 1939 the League was already irrelevant. Its expulsion of the Soviet Union was arguably its last significant act.

The League was deemed to be a failure. It was simply ignored by the dictators as they pursued their policies through war. The League was dissolved and it was replaced by the United Nations in the post-war period. In many ways, the UN can be seen as a more effective organization than the League of Nations, despite some significant failures, such as Rwanda, than its predecessor. This is mainly because the United States is a full and active member of the UN.