This Day In History: Cuban Army Withdraws From Angola (1991) 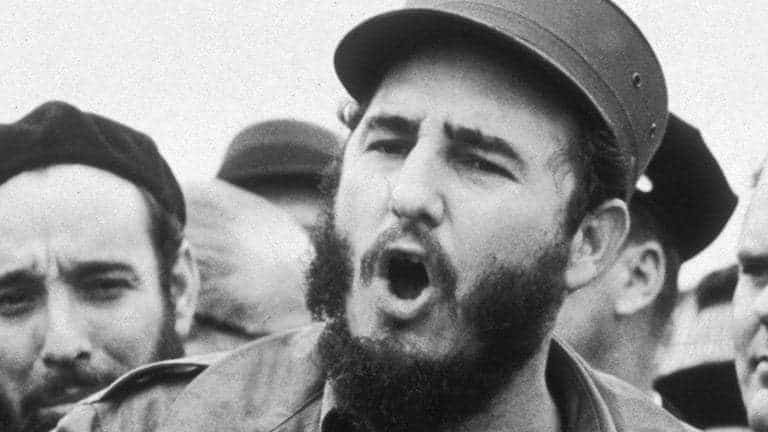 This Day In History: Cuban Army Withdraws From Angola (1991)

On this day in 1991, the Cuban army withdraws from Angola. It was part of an arrangement to reduce Cold War tensions. Angola had been beset by violence and civil war since the 1950s. After the Portuguese gave the country its independence in 1975, the country was divided between left and right. The Angolan government was left-wing and it fought a brutal civil war with right-wing groups such as the FLNA and UNITA. The Angolan Civil War became another theatre in the Cold War rivalry between the East and the West. The Communist bloc supported the Angolan government and the west supplied the rebels of UNITA, in particular. Angola was deemed to be strategically important in the Cold War and this resulted in the Civil War drawing in foreign governments and forces.

The South African Apartheid regime was actively supporting UNITA in the south of Angola. They did not want Angola to become a puppet of Moscow which it saw as their mortal enemy. Fidel Castro was committed to supporting communism revolutions and regimes around the world and especially in Africa. The Angolan government asked for help from Castro and he eventually sent tens of thousands of troops to the country. They were used in the battle against UNITA and their South African allies. They helped to guard key installations and also trained and supported the Angolan army. UNITA had de-facto control of a large swathe of territory in Southern Angola. In 1981 in order to protect its interests in Namibia, the South African army again intervened in Angola. They once more gave military assistance to UNITA. Washington supported UNITA and provided it with weapons, funds, and intelligence. Castro was enraged when he heard of this and ordered an additional 15,000 troops to Angola. The Cubans and the South Africans were increasingly drawn into the Angolan Civil War. On several occasion the Cubans and the South Africans clashed. The aim of the South African government was to set up a security cordon to protect Namibia from guerrilla attacks. In reality they wanted to undermine the left-wing Angolan government.

There were fears that the war could escalate and draw in the Soviet Union and America. The Regan administration was able to broker an agreement. All of the parties to the conflict were war-weary and Cuba and South Africa could not continue to sustain the casualties they were suffering in Angola. They and the South Africans agreed to withdraw. The South Africans withdrew to Namibia and the Cubans withdrew in 1991.

Without the support of their South African allies after the fall of Apartheid, UNITA was in a weakened position. After a disputed election they re-started the civil-war. After some brutal fighting UNITA was defeated by the government’s army. Many Angolans are thankful to the Cubans for saving their revolution and for helping them to defend their country.