This Day In History: The First Balkan War Begins (1912) 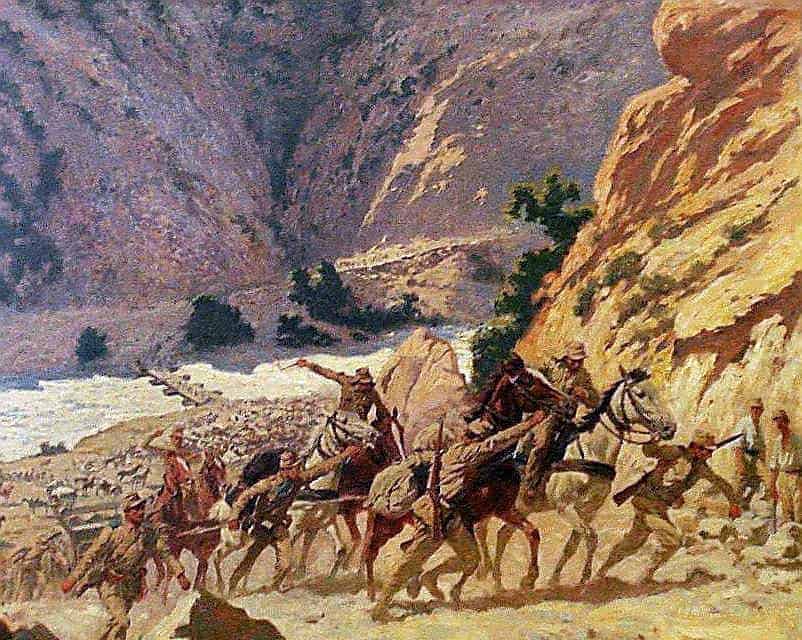 This Day In History: The First Balkan War Begins (1912)

On October the 17th, Serbia, and Greece declared war on the Ottoman Empire. They immediately entered into an alliance with Montenegro and this was to mark the start of the First Balkan War and these nations were later joined by Bulgaria.

The Ottoman Empire was in a state of near collapse. It had been rocked by the Young Turk nationalist movement. The Austrian Hungarian Empire capitalized on the weakness of the Turks and they claimed the province of Bosnia and Herzegovina and soon annexed it. This upset the balance of power in the region. In particular, the Slavic nations resented the fact that the Austrians had seized Bosnia, which they regarded as a Slavic territory. Russia a traditional ally of the Slavic nations and also Greece encouraged them to form an alliance that would alow them to seize the rest of the European territories of the Turks. This was to deny Vienna the opportunity to seize more Turkish territories in the Balkans. The Blakan countries, despite being rivals came together in order to drive the Ottomans out of Europe. They were encouraged in their ambitions by the fact that the Italians had attacked the Ottomans in modern day Libya.

The War was an uneven contest and the Balkan allies or ‘Balkan League’ defeated the Turks after a seven-month war. The Greeks, Serbs, Bulgaria and Montenegrins combined their forces and launched a concentrated attack on the Turkish army. The Turkish military had still not recovered from the ‘Young Turk’ Revolution and were in a state of disarray. The Balkan allies had large armies for countries of their size and were well coordinated and they launched offensive on several fronts agaisnt the Turks and soon gained control of the sea. The fall of the Turkish stronghold of Adrianople was a decisive defeat and allowed the Bulgarian army to threaten Constantinople. After a few months the Turks were driven out of much of their remaining European territories apart from an area around Constantinople. It is believed that some 100,000 soldiers, from all sides, died or were injured in the War.

An international conference, was held in London to draw up the post-conflict boundaries in the Balkans. The most contentious outcome of this was the partition of Macedonia between Serbia, Greece,and Bulgaria. The Bulgarians believed that they did not receive their fair share of the former Ottoman province and tensions increased between them and Serbia, in particular. The Bulgarian Tsar ordered a surprise attack on his former allies Greece and Serbia with the aim of annexing all of Macedonia. However, the Tsar had overestimated the strength of his army and a coalition of forces from Serbia, Greece, Turkey and Romania came together to defeat the Bulgarian attack. The Bulgarian Army was outnumbered and was attacked from various sides and was soon defeated.

The treaty that ended the war saw Bulgaria lose a significant portion of its territory.