This Day In History: The First American Fatality in the Korean War Is Reported (1950) 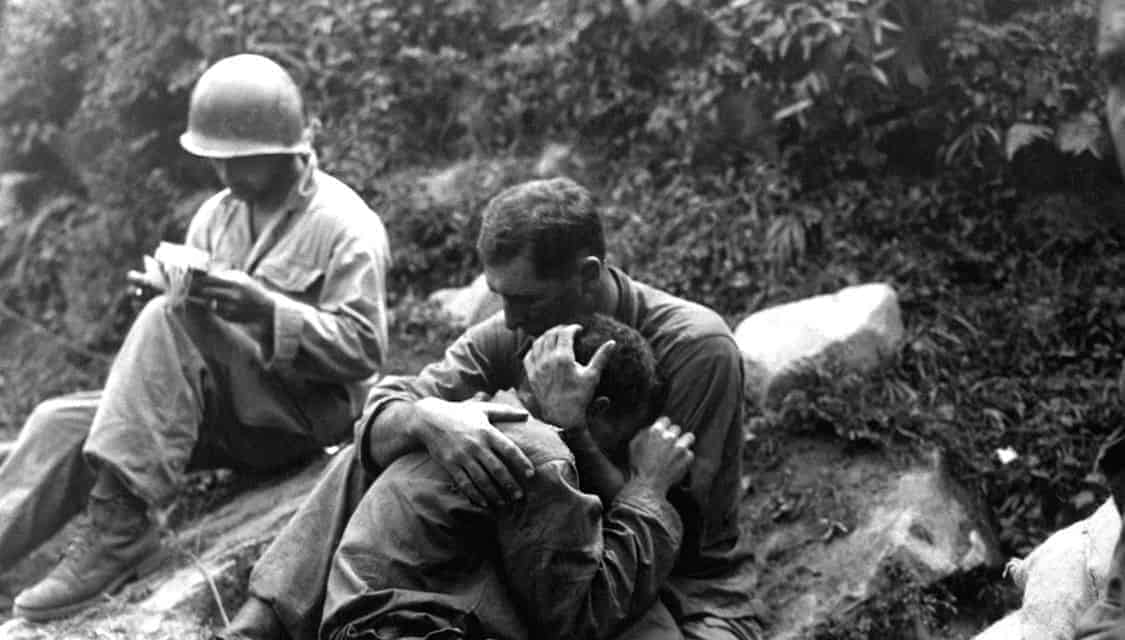 This Day In History: The First American Fatality in the Korean War Is Reported (1950)

On this day in history, the first American casualty in the Korean War was announced. Only the week before had President Truman ordered the deployment of American troops to South Korea in order to defend that country against the North Koreans who had invaded the country.

The first American fatality in the Korean War was a 19-year-old from West Virginia. Private Kenneth Shadrick was killed on his first day in action. He was a member of a bazooka squad and he and his comrades had been firing on a Soviet-made T-34 tank. The tank opened fire on them with a machine gun and Shadrick was killed. He was killed as he had stood up to get a better aim of the T-34 tank. The tank crew had spotted him and opened fire on the young soldier and he was killed instantly.

The North Koreans had invaded South Korea only a week or so previously. The Americans and the United Nations all condemned the action and pledged troops to support South Korea. The ‘Big Three’ the United States, the Soviet Union, and Britain all agreed to divide Korea into two separate zones. The country was to be temporarily portioned along the 39th parallel line. By 1949, separate Korean governments had been established, a communist one in the North and an ostensibly democratic one in the south. The communists launched a surprise attack on the South with Soviet equipment that easily overwhelmed the South Korean army. It is still not known how much support Stalin gave to the invasion of the South.

The Korean War was to last three years and it was to involve soldiers from many countries. Some 150,000 UN troops were killed. Of these some 36,000 were American. For many years it was believed that some 54,000 Americans had died. However, these figures represent the number of US troops who had died elsewhere in the world from sickness and traffic accidents.

For example, any American soldier killed in a car accident anywhere in the world from June 1950 to July 1953 was considered a casualty of the Korean War. The Korean War remains one of the most bloody conflicts in American military history. Some 200,000 Americans were wounded or injured during the Korean War.

The total number of dead and injured as a result of the Korean War may be anywhere from one million to two million. The exact casualties are not known because of the secrecy of North Korea and China.