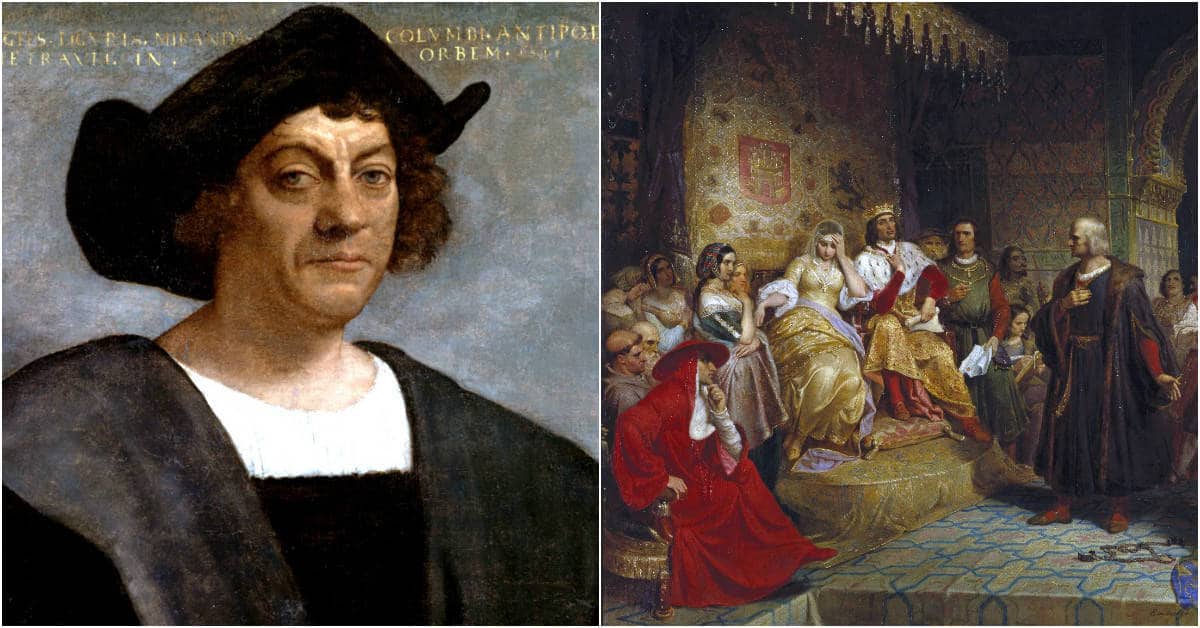 For two years, the Catholic Monarchs negotiated with Christopher Columbus. There is speculation that Queen Isabella did not fully believe in the plan of exploration. But neither she nor King Ferdinand wanted Columbus to set sail for another European monarch. As such, the parties finally agreed to terms as documented in the Capitulations of Santa Fe.

If his voyage was successful, Columbus would earn the rank of Admiral of the Ocean Sea; Viceroy and Governor of all new lands that he claimed for Spain; 10% of all revenues from the new lands; a stake in any commercial ventures established in the new lands that would pass down to his descendants for eternity; and the power to nominate three people for any office he liked in the new government. Columbus set sail with a crew and three ships in early August 1492.

On October 12, 1492, at roughly 2 am, a sailor on watch aboard the Pinta spotted land. His captain confirmed this sighting and shot off a cannon to notify Columbus who was captaining the Santa Maria. Columbus stated that he too saw the land and had claimed it for Spain. This act ensured that Spain would grant him the terms stipulated in their agreement. In that instant, Columbus became a very wealthy and powerful man.

After a successful first voyage, Columbus set sail in September 1493 for his second voyage. He left Spain as the Viceroy and Governor of the Indies and took with him 17 ships, 1200 men, and enough supplies to establish a settlement in the New World. From these settlements, Spain had a policy that converting the non-believers was paramount and it was the official reason for colonization. This task was difficult to achieve and often resulted in violence.

Native inhabitants could not understand the demands of the Europeans that arrived from across the sea. They had no understanding of Christianity or any concept that the Europeans now claimed the land as their own. Europeans forced the native populations to adhere to the customs and tenants of Christianity without regard for differences in culture and language. Natives that refused or simply did not understand the demands placed upon them by the foreign invaders could be banished from their own villages, sold into slavery, mutilated, or even killed.

Soon after settlement occurred in Hispaniola, colonists began to complain of the harsh treatment they suffered under their governor and his brothers. When an investigation into charges against Columbus opened, 23 colonists testified about their governor’s treatment of settlers and native people.

The situation in the new settlement worsened. European sailors were not accustomed to the food sources in the New World. Wheat was a staple in the European diet, but in Hispaniola, maize was the staple crop. Men became ill because their bodies could not process the corn. Meat from the New World presented the same problem, causing men to have uncontrollable diarrhea and dysentery.