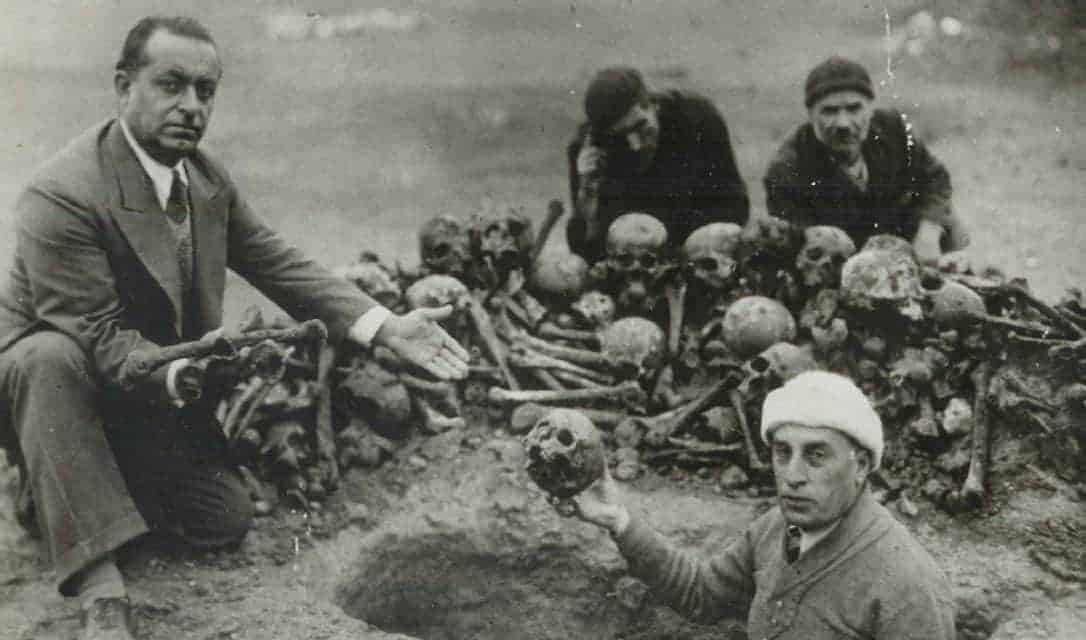 Killing, however, was not the solution. For some, the aim was to eradicate the Armenian identity: its culture, its religion and ensure uniformity. To this end, Armenian men, women, and children were subjected to “Turkification”: the absorption and transformation of alien entities within the Turkish state.

A letter to the American Secretary of State from the ambassador in turkey, dated July 20, 1915, detailed the Turkification of children. Orphans in state orphanages were to be remade in a Turkish image. This was especially easy if the children were so young they could not remember their parents – or young enough to forget. Armenian names were removed and replaced with Turkish ones and children were placed with Turkish families.

Most able-bodied men were contained or executed. But early in 1916, perhaps as part of the war effort, officials decided to offer remaining Armenian soldiers the option of conversion to Islam. Many refused.

But women were given no choice and their Turkification was more of an appropriation as some were forced into marriages with Turks to deprive them of inheritance rights or worse still, sold as sex slaves.

Their captors on the marches routinely abused women and girls, with commanders telling their men to use them as they wanted. British diplomat Gertrude Bell filed a report based on the account of a captured Ottoman soldier that told how 12,000 Armenians left in the hands of Kurdish guards were told to wipe out all but the young women. The fate of these young women was probably the slave markets of Damascus and Mosel where their guards sold them as sex slaves as a way of lining their own pockets.

Turkification did not end with people. As part of the movement, it became policy to destroy all Armenian items and property of cultural and religious significance. Armenian churches were either destroyed or re-styled as mosques. After 1923, UNESCO reported that out of 913 Armenian historical monuments in turkey, 464 were obliterated, 252 in ruins and 197 damaged.

In January 2016, it was estimated that only 10% of those deported had made it to their destinations alive. These final destinations were 25 concentration camps set up between Aleppo and Mosel.

The New York Times of August 21, 1916, reported that English minister Rev Buxton confirmed statements made by Lord Bryce months before in the House of Lords that people were being ‘swept away with a methodical thoroughness.” Rev Buxton had been working with a relief effort and had described how hundreds and thousands were being kept in camps specifically designed to kill.

Their captors deprived the inmates of food and water. One account described how 450 children were housed in 5-6 meters square tent and fed just 150 g of bread a day – if they were lucky. Others described people so hungry, they would search horse manure for grain.

The conditions were a breeding ground for disease and famine Dysentery was rife. Mass graves grew up around the camps of 60,000 Armenians who died there of starvation and disease.