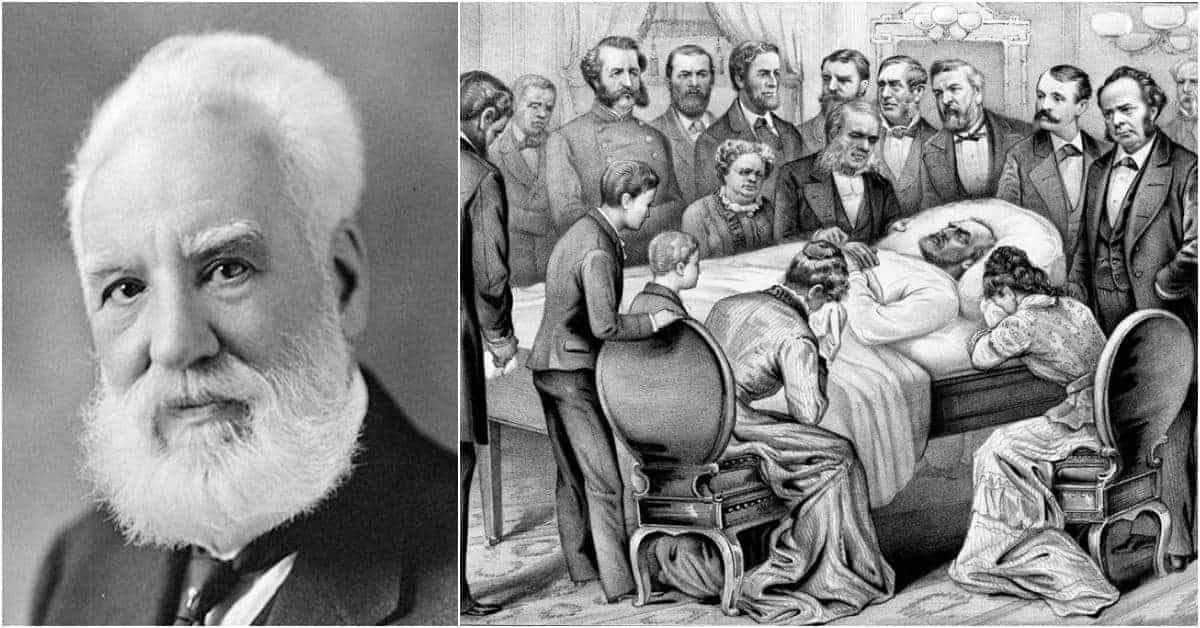 On the morning of July 2, 1881, a man was having his shoes shined inside the Baltimore and Potomac Railroad Station in Washington, D.C. His name was Charles Guiteau, a failed lawyer and amateur theologian from Illinois, and in his pocket sat an ivory-handled revolver.

Guiteau watched the door, waiting for someone important to arrive: the President of the United States, James Garfield. As the President entered the waiting room of the station, Guiteau raised his revolver and fired twice.

The first bullet grazed Garfield’s shoulder, but the second struck him in the back and lodged in the tissue near his pancreas. As Garfield collapsed, Guiteau slid the gun back into his pocket and began walking quickly towards the exit. However, he didn’t get far.

On the way out, he was stopped by a nearby policeman. Guiteau went quietly into custody. He went so quietly, in fact, that he still had his revolver in his pocket when he arrived at the police station. The arresting officers had forgotten to take his weapon.

Meanwhile, the President was rushed to a waiting carriage and taken back to the White House as the nation tried to make sense of what had just happened.

The assassin offered little explanation of his motives at first. While being arrested, Guiteau cried out, “I am the Stalwart of Stalwarts! Arthur is President now!” The Stalwarts were a faction of the Republican Party opposed to Garfield’s own faction and this statement led many to falsely believe that Stalwart supporters of Vice President Chester A. Arthur were behind the assassination attempt. But while Guiteau seems to have believed that his attack would somehow benefit the Republican party, his true motives were far stranger.

Born in 1841, Guiteau spent most of his life bouncing from one failed endeavor to the next. After failing the entrance exams for the University of Michigan, Guiteau joined a religious commune in Oneida, New York. He seems to have been unpopular with the community, which soon nicknamed him, “Charles Gitout.” He left the commune within a few years and filed a lawsuit against its leader, John Humphrey Noyes. His suit was unsuccessful. Even Guiteau’s father, who had connections with the commune, wrote letters in defense of Noyes. He agreed with Noyes that his son was likely insane or perhaps possessed by Satan.

Guiteau disagreed. In his mind, he was divinely chosen for some great purpose. And after unsuccessfully trying his hand at the law, he turned to theology, writing a book outlining his conception of religion. The work was largely a plagiarized reproduction of the work of John Noyes, and few people paid much attention to it. After traveling from place to place trying to spread his new gospel without any success, Guiteau turned to politics, writing a speech in support of Garfield’s presidential candidacy in the 1880 election. Although almost no one actually heard him give the speech, Guiteau believed that it won Garfield the election. In Guiteau’s mind, that meant the President owed him. And he intended to collect his due.

Guiteau decided he wanted to be ambassador to France. He approached the President and the Secretary of State, James G. Blaine, several times with his request and was eventually banned from the White House waiting room. Guiteau was almost certainly mentally ill, and the repeated rejections left him increasingly unhinged. In his delirium, he convinced himself that God wanted him to kill President Garfield. For Guiteau, the assassination of President Garfield would satisfy his misplaced desire for revenge and unite the party that Guiteau had chosen to support.

While investigators pieced together Guiteau’s motive, his victim was lying in anguish back at the White House. Garfield’s doctors tried several times to remove the bullet they knew was still inside his body, but they misjudged its trajectory and repeatedly came up empty-handed. Though his doctors initially predicted the President wouldn’t make it through the night, Garfield managed to cling to life. Across the nation, the public waited anxiously for updates on Garfield’s condition. Alexander Graham Bell, the inventor of the telephone, was in Boston when he heard about the President’s predicament.

The fact that the doctors couldn’t find the bullet sparked an idea. While working on the telephone, Bell discovered a way to detect metal with electricity. Bell wrote to the President’s doctors, suggesting that he could invent a machine to help them find the missing bullet. Garfield’s chief physician, Dr. Doctor- actually his first name, oddly enough- Bliss, agreed to meet Bell and discuss his machine before declining Bell’s offer. Bell returned home and began developing the machine anyway, testing it on Civil War veterans who still had bullets lodged in their own bodies.

Meanwhile, Garfield’s doctors continued their search, probing the president’s wounds with unsterilized instruments and even their fingers. Though the concept of surgical infection was understood, many American doctors- including Bliss- rejected the idea. Likely due to the efforts of his doctors, Garfield spent the next few weeks fighting off repeated infections. With the President’s condition getting worse, Doctor Bliss wrote to Bell and agreed to let him try his hand with his machine. On July 26, Bell arrived at the White House and was brought in to meet the President.

Graham assembled his machine and waved the condenser over the President’s back. Rather than the clear sound the detector usually produced when it was waved over metal, all Bell could hear was dull static. Unable to locate the bullet, Bell went home. Once again, he improved his device and returned a few days later to try again. This time, Bliss told Bell that he was certain the bullet was located on the right side of Garfield’s body and insisted that Bell concentrate his efforts only in that area. Bell managed to pick up the faint trace of metal, but he couldn’t find the bullet.

Returning to his laboratory once again, Bell began to wonder if something might be interfering with his detector. Learning that the President’s bed itself was supported by metal wires, Bell tested a similar bed and heard the same dull static that he had heard while searching Garfield’s body. Bell was convinced that the metal in the bed was the problem and wanted to arrange one more try. But on September 6th, Garfield was moved out of Washington to the Jersey shore. His doctors hoped that a break from the Washington heat would help improve his now drastic condition.

Over the summer, Garfield’s health had seriously declined. Eventually, he was unable to keep down solid food and had to be given nutrient enemas. His weight dropped significantly. To make matters worse, the doctors’ repeated probing had punctured his liver and introduced a bacterial infection into his bloodstream. As the bacteria coursed through his veins, the president began to hallucinate, and yellow pus leaked from abscesses across his body. The infection next spread to his lungs, causing pneumonia. His veins grew weaker and on the night of September 19, James A. Garfield died when an artery in his spleen burst.

Many historians- though not all- have argued that Garfield was ultimately killed by his doctors, rather than the assassin’s bullet. For what it’s worth, the man who fired that bullet certainly agreed. During his trial, Charles Guiteau told the judge, “The doctors killed Garfield, I just shot him.” In a way, he may have had a point. A number of modern physicians have agreed that had Garfield’s doctors used sterile instruments, he would likely have recovered. And by insisting that Bell only look for the bullet on the President’s right side, Bliss prevented any chance of finding it. An autopsy later uncovered the projectile on the opposite side of the President’s torso.

After the President’s death, the authorities changed Guiteau’s charge from attempted murder to murder. He went on trial a few months later and plead “not guilty.” While his lawyers argued that Guiteau was insane, the prosecution disagreed. One of the prosecutors told the press before the trial that Guiteau was, “no more insane than I am… He wanted excitement of some other kind and notoriety… and he got it.” Guiteau himself seems to have agreed and argued during the trial that he was perfectly sane.

However, his behavior during the trial was certainly bizarre. He frequently ignored his lawyers and instead asked observers in the courtroom for legal advice passed along in notes. He delivered his own testimony in long verse poetry and wrote to President Arthur for a pardon, arguing once again that he was- technically- responsible for putting the new President in office. Guiteau’s own plan to run for office after his trial was cut short when he was found guilty. He was finally hanged on June 30, 1882. Doctors removed his brain shortly after his death to dissect in search of the source of his madness but found nothing significant. Portions of it remain today in a Philadelphia museum.