A Screaming Queen's Ghost and More Spooky Encounters that Haunt Us 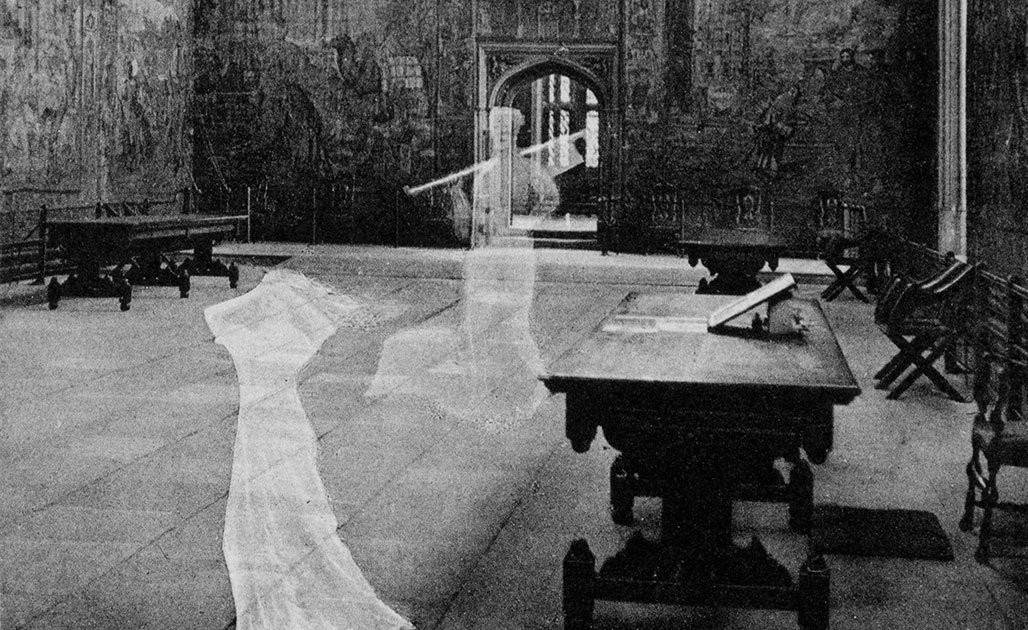 Paranoid Fears of a Spooky “Witch” in 1970s America

In the fall of 1969, a high school social studies teacher invited a University of Arizona expert on witchcraft and folklore to give a speech to upperclassmen. The speaker, Dr. Byrd Granger, addressed students of Flowing Wells High School in Tucson, AZ, and gave a presentation about the common traits of witches. According to Dr. Granger, witches like to wear devil’s green, have green or blue eyes, blond hair, a pointed left ear with a node, and a widow’s peak – a V-shaped point in the hairline in the center of a forehead.

As it so happened, there was somebody at the presentation who fit the description. It did not take long before heads swiveled towards Ann Stewart, a Flowing Wells English teacher who had all of those attributes. Few could have predicted the brouhaha that would ensue from that speech. After the witchcraft presentation, Flowing Wells High School students began to tease English teacher Ann Stewart about whether or not she was a witch. In the kids’ interest in the spooky stuff, Mrs. Stewart saw an opportunity to enhance their interest in literature and folklore. As seen below, that did not go well.

As Ann Stewart described it later: “I like to get kids involved. I teach American literature, among other things. Although I’ve never had a unit in the occult, we do delve into early American folklore and witchcraft. It was good fun and it stimulated them“. So she played along with the banter. She never said she was a witch. However, whenever students asked if she was one, she did not deny it. Instead, she replied with a variant of “Well, I have all the signs. What do you think?” What they – and the school administration – thought got her fired.

In 1970, to heighten her students’ interest in literature, Ann Stewart had suggested that they find out what astrology is all about. That further enhanced the rumors about her involvement with the occult. Later that year, a junior high school teacher invited her to speak before her eighth graders about folklore and witchcraft. As part of the presentation, Mrs. Stewart dressed up and played the part of a witch. When those eighth graders arrived in Flowing Wells High School that fall, many of them fueled the rumors that Mrs. Stewart really was a spooky witch.

This Conservative Community Did Not See Witchcraft as Fun and Games

Ann Stewart didn’t think much of the kids’ whispers that their English teacher was a spooky witch, and dismissed it as all in good fun. Unfortunately, Flowing Wells was a particularly conservative community. Many students, their parents, and faculty members at the high school did not get the joke. On November 27th, 1970, Stewart was suspended for: “teaching about witchcraft, having stated that you are a witch in a way that affects students psychologically“. She was also alleged to have been insubordinate, discussed subjects beyond the curriculum, been a bad influence on students, and aggravated other teachers.

The suspension of an American teacher in 1970 for witchcraft became international news. In conservative Flowing Wells, Stewart became a pariah, shunned by neighbors and former friends. She appealed to the school board, but it confirmed the decision to fire her. So she sued in court, and there won on grounds that the board had violated the legal procedures for dismissing a tenured teacher like Stewart. The court ordered her reinstatement, but as of February, 1972, she had not returned to her job, and it is unclear if she ever taught at Flowing Wells again.

Dodwell, Henry – The Founder of Modern Egypt: A Study of Muhammad Ali (1931)

McCartney, Clarence Edward, and Dorrance, Gordon – The Bonapartes in America (2008)

Museum of Unnatural Mystery – The Real Dracula: Vlad the Impaler

Muslu, Cihan Yuksel – The Ottomans and the Mamluks: Imperial Diplomacy and Warfare in the Islamic World (2014)

Rawi, Egypt’s Heritage Review – Coffee With the Pasha: The Story of Egypt’s Most Famous Massacre

Stroud, Patricia Tyson – The Man Who Had Been King: The American Exile of Napoleon’s Brother Joseph (2014)