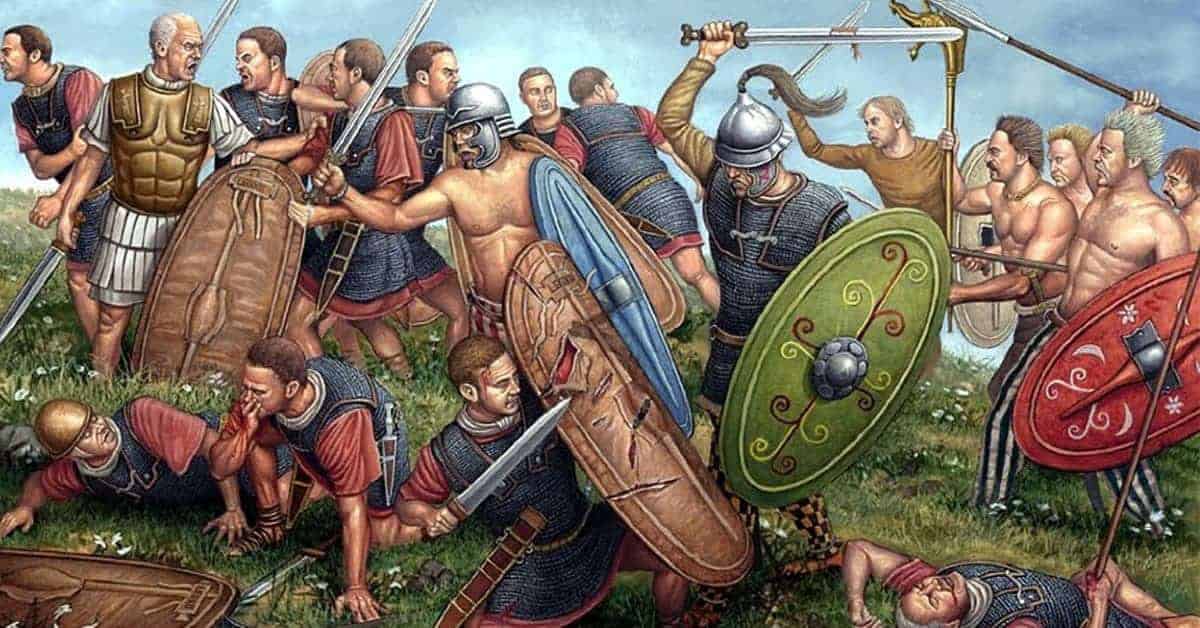 By the time of the death of Emperor Trajan in 117AD, the Roman empire was the largest in the ancient world, stretching from Spain to Syria, from the Adriatic to Britain. The empire had humble beginnings in a small settlement of herders and bandits living along the river Tiber. But its military had made it great.

Discipline, organization, and engineering were crucial to the Roman military as was the ability to adapt and amend and improve upon other people’s ideas. The Romans modeled their infantry on the Greek hoplites the Romans encountered amongst the Campanian Greeks. The Roman version was named legions, from legio, the levy or small allowance paid to each infantryman on active service. It was the legions who were the backbone of the short annual campaigns against neighboring Italian states which formed the germ of Rome’s empire.

But the real innovations to the army occurred after the Punic wars. Combat was now longer – and occurring away from Italian soil. By 201BC, after the final defeat of Carthage, it was evident the old army model would no longer serve Rome. So criteria for armed service was extended. All citizens between the age of 17-46 were eligible to serve in the army, regardless of property ownership. When they signed up, they agreed to serve in 6 consecutive campaigns and to enlist for 16 years- or 10 if they were in the cavalry.

Available manpower again increased after the Social Wars as the Romans extended citizenship to the conquered Italian states. The Roman’s continued with their policy of absorption as their territories expanded. Foreign units were added as auxiliaries, each bringing their unique fighting skills to serve the glory of Rome. For this was the Roman army’s key strength: teamwork. The achievement of the individual counted for nothing. Each soldier was a cog in the military machine. Discipline was tight, and soldiers fought in close formation rather than as individuals. This meant that Roman lines held in the face of fierce barbarian attacks.

Attacks were also very precisely planned. Battles began with a flight of javelins towards enemy lines. The intention here was to disable the enemies shields. A shield penetrated by a spear was useless defensively. So when the legions moved into close quarter combat, it was easier to cut down the enemy with their short sword, the gladius. Cavalry supported the legions by attacking from the rear and chasing down survivors. Siege weapons were also necessary. As well as battering rams and siege engines, the Romans developed the onager, an early form of a giant catapult which hurled huge boulders at stone walls or iron bolts into enemy lines.