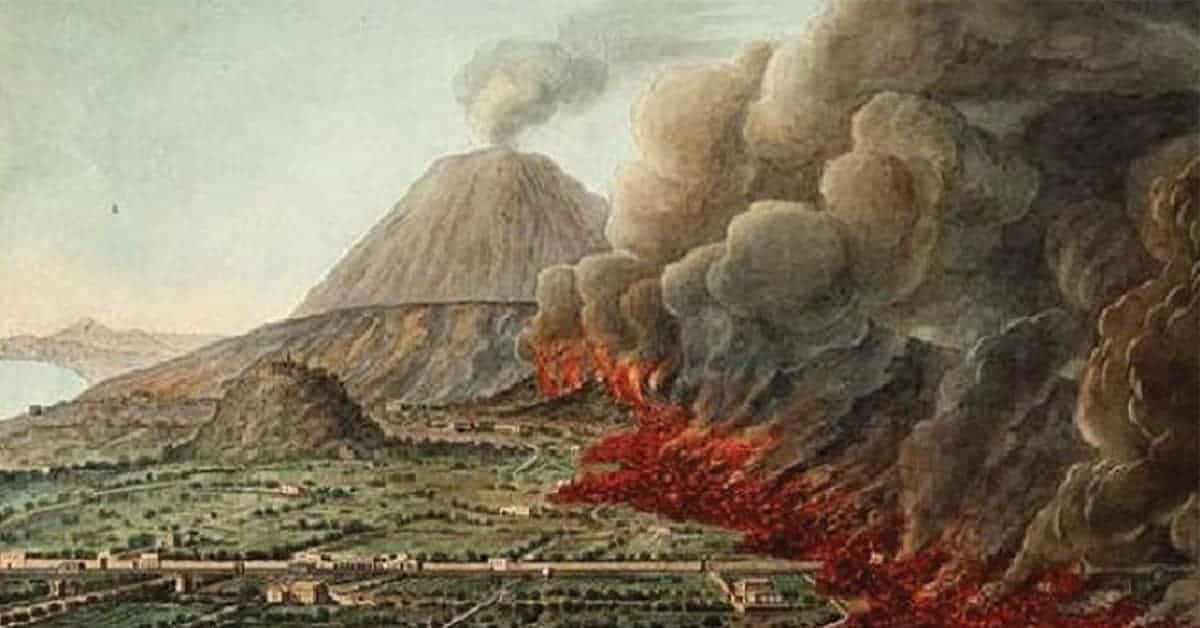 From a purely historical perspective, we are fortunate that Pliny the Younger was in the region at the time of the eruption because he is the only firsthand account available. Pliny was in Misenum which is across the Bay of Naples at the time. He wrote two letters to the historian Tacitus where he describes the nature of the eruption along with the final days of his uncle, Pliny the Elder.

The Elder was with his nephew and decided to launch a personal fleet to help rescue people, in particular, a close personal friend. Pliny the Younger decided not to join the expedition. One of the letters to Tacitus includes details Pliny gleaned from those who witnessed his uncle’s actions. The second letter relates to Pliny’s own experiences after his uncle left Misenum.

When both Pliny’s were still on Misenum, they saw a dense cloud rising quickly above the volcano’s peak. After seeing this cloud and receiving a message requesting participation in a rescue mission, Pliny the Elder organized ships and joined the effort. Pliny the Younger tried to get back to everyday life, but the tremors caused him to leave the house in favor of the courtyard. Additional tremors caused panic on Misenum, and the inhabitants abandoned the town.

Pliny the Younger wrote about a black cloud that obscured the light, but he also witnessed flashes similar to sheet lightning. While in the water, the inhabitants of Misenum panicked again when the cloud obscured the island of Capri which was just across the bay. Pliny recalls being showered with hot ash and writes that he had to remove it quickly or else he would have suffered burns. When the pumice and ashfall stopped, Pliny and his mother returned home and awaited news of his uncle.

Meanwhile, Pliny the Elder encountered hot cinders and pumice, but instead of turning back, he reportedly said: “fortune favors the brave” and ordered his helmsman to continue towards Stabiae which was approximately 4.5 kilometers from Pompeii. The party was in grave danger the following day and as they tried to flee, Pliny the Elder sat down and could not rise, even with the assistance of his friends. He possibly died from a heart attack. His friends managed to escape by land.

Pliny the Younger suggests that his uncle died because his lungs were fatally weakened by exposure to a poisonous sulfurous gas that wafted above him and his friends. This seems unlikely because Stabiae was 16 kilometers from the vent and his friends were unaffected by the volcanic gases.

The Independent – Prostitution In Pompeii: 2,000 Years After Explosion, Sex-For-Cash Is Still Rife

The Collector – Prostitution In Ancient Greece And Rome

Medium – How Prostitution Drove the Economy of Ancient Rome

Red Orbit – Ancient Romans Drew Penises On Everything, And Here’s Why

Oxford Open Learning – The Burial of Pompeii and Herculaneum