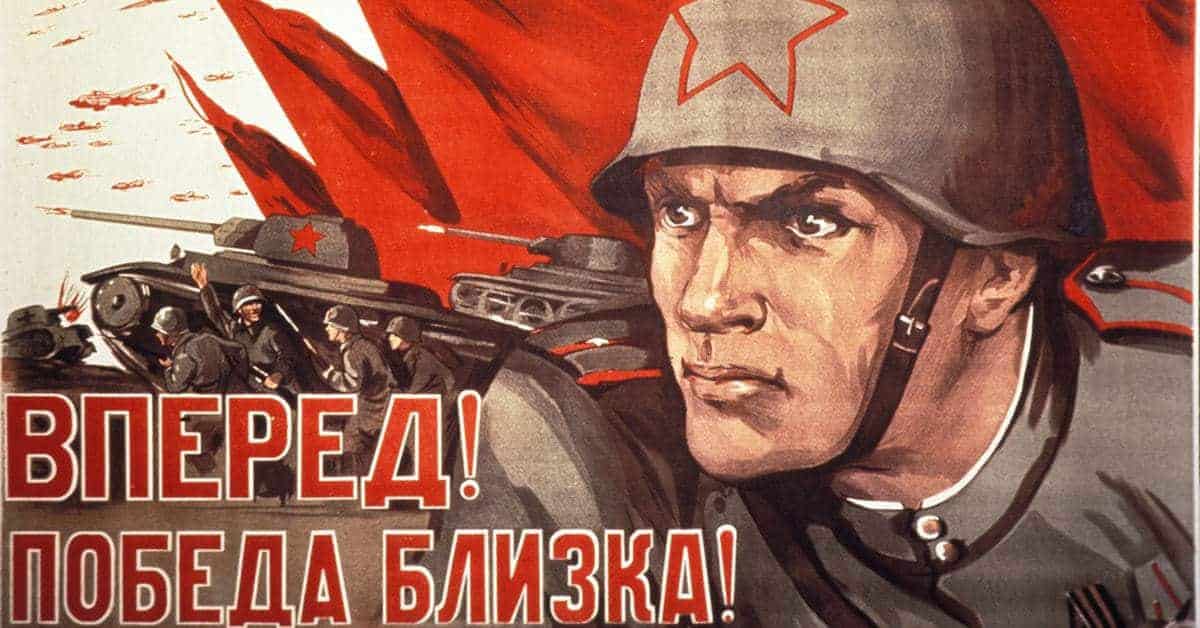 Communist propaganda in the Soviet Union was used to indoctrinate citizens with the Marxist-Leninist ideology in order to promote the Communist Party. In societies where censorship was pervasive, propaganda was a ubiquitous method of controlling people’s thoughts.

The main Soviet censorship body, the General Directorate for the Protection of State Secrets in the Press under the Council of Ministers of the USSR (Glavlit), was established in 1922 to “ensure that the correct ideological spin was put on every published item.”

During the Stalin Era, deviation from the dictates of official propaganda was punished by execution or deportation to Gulag labor camps. After Stalin, such hash disciplinarian methods were replaced by punitive psychiatry, prison, denial of work placement, and loss of citizenship. It was said that “a man can only speak freely to his wife at night, with the blankets pulled over his head.”

Common themes of Soviet propaganda included the New Man who thought hard work and discipline overcome Man’s base instincts, making the common man a hero. The creation of a class enemy, vilifying the Bourgeoisie, allowed for contentment in a noble poverty. Education, a New Society, Communist globalism, Anti-Americanism, anti-religion, intellectualism, and industrial production were all ideals instilled in the Communist comrades.