40 Photographs of The Troubles, The Northern Ireland Conflict 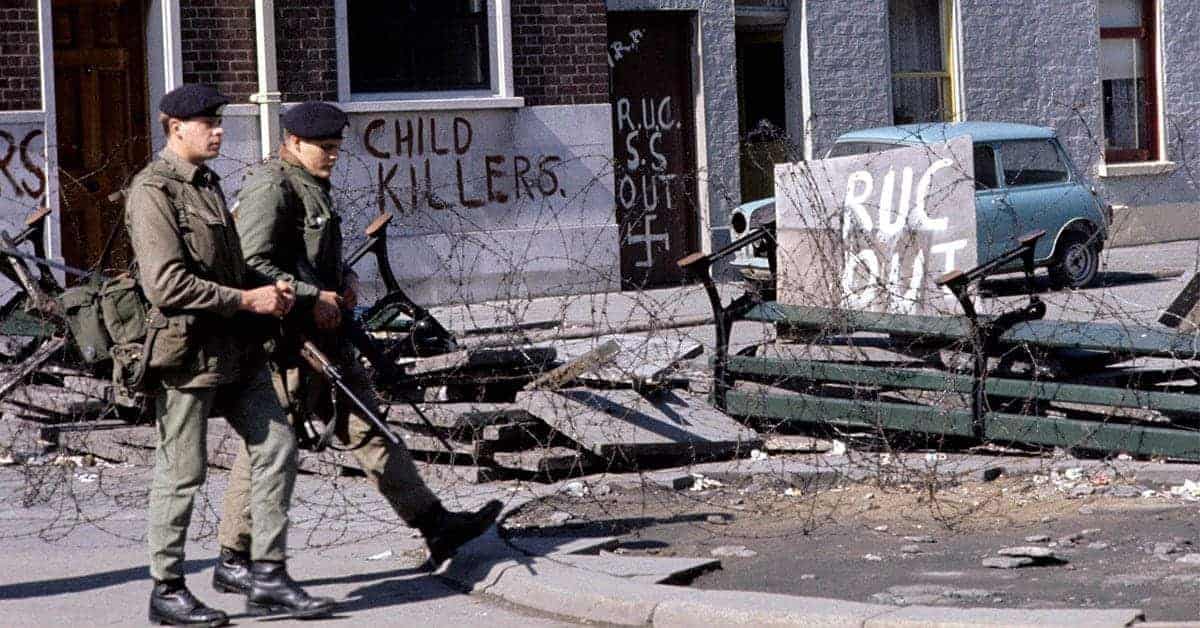 40 Photographs of The Troubles, The Northern Ireland Conflict

The conflict began during a campaign to end discrimination against the Catholic minority perpetrated by the Protestant Unionist government and police force. The protests were met with violence by loyalists and eventually, British military troops had to be deployed, initially to support the police and protect Catholic civilians, but resulted in warfare that lasted the next three decades.

The British government views its involvement in the conflict as neutral, trying to uphold law and order in Northern Ireland and the right of the people to democratic self-determination. Nationalists thought of the state forces as occupational.

The most significant event of the Troubles, named Bloody Sunday, was the killing of 14 unarmed male civilians by the British Army in Derry on January 30, 1972. Bloody Sunday greatly increased the hostility between Irish Nationalists and the British military and government.

The Provisional IRA, in 1972, killed about 100 members of the security forces, wounded 500 others and carried out approximately 1,300 bombings. On Bloody Friday, July 21, 22 bombs were detonated in the center of Belfast, killing seven civilians and two soldiers.

In the 1981 Irish hunger strike, 10 Republican prisoners died of starvation. Bobby Sands’ death, the first hunger striker to starve, resonated among the Nationalists. Over 100,000 people attended Sands’ funeral in West Belfast and there were riots in the wake of his death.

The Troubles were brought to an end by the declaration of ceasefires in 1997 after the Manchester Bombing, by most paramilitary organizations, the decommissioning of the IRA’s weapons, police reform, the withdrawal of the British Army from the streets, and the Irish border as agreed by the signatories of the Belfast Agreement, more commonly known as the Good Friday Agreement.

More than 3,500 people were killed in the conflict. 52% of those killed were civilians, 32% were members of the British security forces, 16% were paramilitary group members.

Council on Foreign Relations – Moving Past the Troubles: The Future of Northern Ireland Peace

Imperial War Museum – What You Need To Know About The Troubles

Forces – What Led To The Troubles In Northern Ireland?

NYTimes – The Ghosts of Northern Ireland’s Troubles Are Back. What’s Going On?

BBC News – NI Riots: What Is Behind The Violence In Northern Ireland?

Rochester University – 100 Years On: The Partition Of Ireland Explained