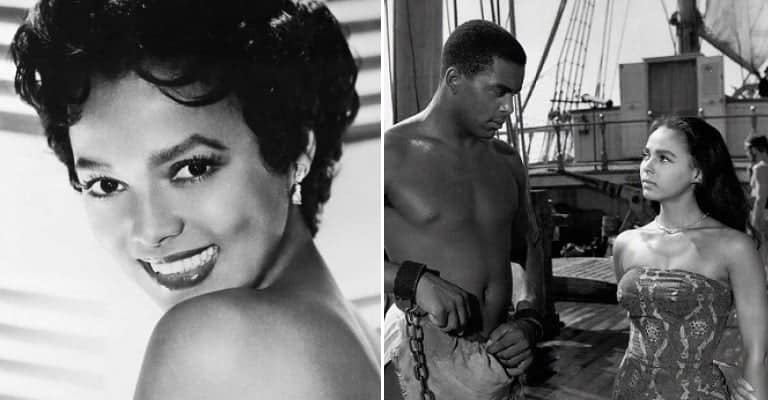 5. Her Second Husband Wooed Her With Flowers Every Night

Dandridge met her second husband shortly after separating from married director Otto Preminger. Jack Denison was a Las Vegas restaurant owner who showed his affection for Dandridge by having fresh flowers sent to her dressing room every single night. Even in 1959, when their romance began, this must have been a costly way to show interest.

4. Her Second Husband Was, At the Least, Verbally Abusive

Dandridge’s second marriage lasted less than three years. Married in 1952, they were engaged in a bitter divorce with allegations of domestic violence by 1962. Reports indicated that Denison was, at the very least, verbally abusive to Dandridge. It is entirely possible, based on her divorce accusations, that he was physically abusive as well.

3. Dorothy Was Constantly In and Out of Apartments

With her continuing financial woes, worsened by her acrimonious divorce from second husband Jack Denison, Dandridge rarely stayed in any one place for long. Friends reported that she was always moving in and out of apartments. She would often become convinced that landlords or neighbors were stealing from her, prompting yet another move.

Only hours after phone calls to friends in which she stated, ominously, “Whatever happens, I know you will understand,” Dorothy Dandridge was found dead in her apartment at age 42. Her date of death was September 8th, 1965. Dandridge was supposed to fly out to New York later that night for some club appearances.

1. Controversy Remains Over the Cause of Her Death

There still is debate among forensic scientists as to the exact cause of Dandridge’s death. One pathology institute insists that she died of a likely accidental overdose of the antidepressant imipramine. However, the Los Angeles County Coroner’s Office argues that she died of a fat embolism after an injury to her right foot earlier that week. Her body was cremated shortly after her death, so we will never know precisely what snuffed out her shining light.

The Washington Post – The Fragile Flame Of Dorothy Dandridge

Medium – Scandals of Classic Hollywood: Dorothy Dandridge vs. The World

MSN – Fascinating Facts About The Life Of Dorothy Dandridge

Face To Face Africa – Died With $2 In Her Account, Dorothy Dandridge Was First Black Actress To Earn Oscar Nomination