The Unbelievable Jamaican Slave Uprising that Led to Revolution 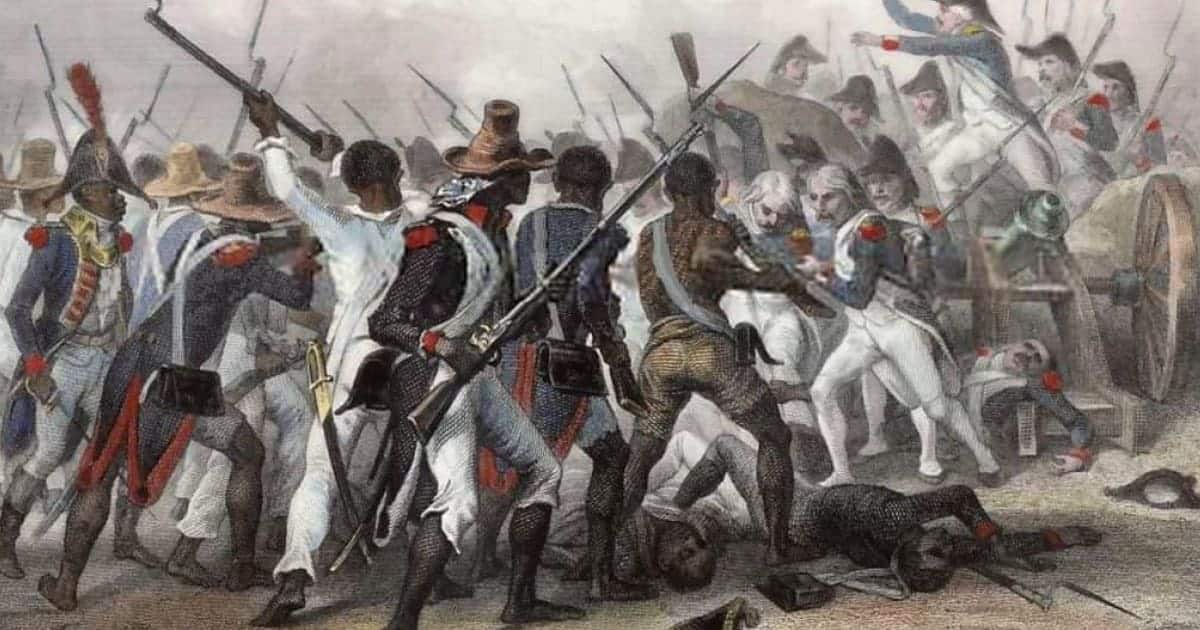 The Unbelievable Jamaican Slave Uprising that Led to Revolution

In 1759, a group of slaves on the British Caribbean island of Jamaica managed to slip away from their plantations, meeting in a secluded cave. Their leader nodded: Tacky was an Ashanti chief from the Gold Coast who had been sold into slavery, and he quickly emerged as the leader of the rebellion. Their plan began to take shape: they would lead a violent uprising against the slave-owning elite on the island. Wanting to create an African kingdom of their own, they would take no prisoners, raze every plantation, and leave no white man alive. On Easter Monday the following year, they would attack.

Tacky’s Rebellion quickly spread all over the island. By the time the British maintained control of Jamaica eighteen months later, over sixty whites and five hundred slaves were dead. As the colonists turned to rebuild the island, they measured about £250,000 in damages at the time. Tacky’s Rebellion became the most significant attack on the slave system in the Caribbean until the Saint Domingue Uprising in 1791.

By the eighteenth century, the major European powers had moved into the New World, claiming Caribbean colonies whose sole purpose was to create goods to sell in the world market using slave labor. By the middle of the century, the European powers were fighting for supremacy in the New World, and the unrest had moved to the Caribbean. The British had held Jamaica since 1655 after they invaded it and stole it from the Spanish. The English used their contacts on the Gold Coast to obtain slaves for sugar production in Jamaica.

There were many slave uprisings in Jamaica from the middle of the seventeenth century to Tacky’s Rebellion. After the British took over Jamaica, the slaves that were already on the island ran away from the plantations, joining Amerindian communities or forming maroon communities of their own. The British fought the maroons for control of the island, but it was a losing battle. Adding to these tensions, the slaves that the British imported often joined the maroons or began slave insurrections of their own, leading to major uprisings in 1673, 1690, and 1745 in various regions of the island.

To regain control of Jamaica, the British knew they couldn’t defeat the maroon communities, so they made peace with them. In 1740, the colonial government signed a peace treaty with the maroons, stating that they could live in peace, with their own rulers and a British representative, in five towns: Scott’s Pass, Nanny Town, Trelawny Town, Accompong, and Moore Town. In return, the maroons were on standby to help capture runaway slaves and defend the island from invasion and slave uprisings.

Marching into Port Maria, a British fort in St. Mary’s Parish, on Monday, April 7, 1760, Tacky and his men killed a guard and stole arms and weapons. Leaving the fort, the force of about one hundred slaves split into smaller bands, taking the major waterways that controlled the major ports of St. Mary’s Parish and leading surprise attacks on the major plantations of the area.

Hundreds of followers had joined Tacky and his men by the next morning. They moved from estate to estate, murdering the owners, collecting supplies, and burning the sugar plantations to the ground. As Tacky’s forces paused at Ballard’s Valley to celebrate, a slave from one of the estates they razed escaped and warned others of the rebellion. On April 9, Lieutenant Governor Henry Moore sent one hundred militia on horses to quell the uprising, but it was too late. News of Tacky’s Rebellion had spread outside of St. Mary’s Parish, which led other slaves to form their own insurrections.

The leaders of the isolated rebellions across the island used obeahmen to convince others to join them. Obeah, the term for voodoo in the British Caribbean, was the religious glue that held the rebels together, and many slaves feared its power. Obeahmen claimed that they were immortal, and they sprinkled themselves and other rebels with powder to protect them from injury, which gave the men the bravery they needed to continue the rebellion.

The rebellions moved further towards the interior of the island, taking plantations and hauling the owners from their beds to the slaughter, leaving the dead where they fell. To end the unrest, the British government enlisted the help of the maroon communities, giving maroon soldiers and officers a daily wage for each day of service and a commission for every runaway slave they captured. Groups from three maroon communities moved through the island with soldiers from the 74th West India Regiment and the 49th West India Regiment to put down the rebellions across the island.

The British and maroon forces had a special objective: they needed to strike at the spirit of the rebellion to end the unrest. After discovering that the obeahmen were convincing other slaves to join them by bragging that they could not be killed in battle, the English knew they had found a way to crush the spirit of the uprising. Some British soldiers executed an obeahman, hanging his body for all to see. This display had the desired effect: many of the rebels returned to their destroyed plantations, devastated that an obeahman had been murdered, their protection from the gods in question.

Tacky was not so easy to dissuade: he gathered about twenty men and continued taking plantations in Westmoreland, St. John, St. Thomas in the East, Claredon, and St. Dorothy parishes. As the maroon forces pursued Tacky and his men into the mountains, Davy, a famed marksman, shot Tacky and killed him. The maroons brought his head into Spanish Town and put it on display in the center of town to dissuade others from rising in rebellion, but one of Tacky’s supporters removed his head after night fell.

The British and maroon soldiers traced the rest of Tacky’s men to a cave, where they found that the men had committed suicide instead of facing the alternative of returning to slavery. Although the initial rebel force was dead, the rebellions that had spread outside of St. Mary’s Parish continued for many months. When the resistance moved to Westmoreland parish, the escaped slaves hid in the mountains, with women and children, indicating their plans to stay there. Their high elevation made it easier to defend, but the British eventually found the camp and destroyed it. The rebels spread throughout the mountains and swamps, using their hiding places to attack plantations and disappear back into the terrain.

The British brutally put down the uprisings one by one, torturing and executing the leaders and harshly punishing their followers. By the time the British established control of Jamaica in October 1761, they knew they had to prevent it from happening again. The Lieutenant Governor asked the King of England to supply more troops to the island for defense as well as limit the number of slaves imported from the Gold Coast to prevent more unrest. The colonial government also outlawed obeah, whose priests had influenced the slave population.

The memory of Tacky’s Rebellion is alive in Jamaica today, a symbol of widespread resistance to slavery. A monument in Port Maria commemorates the starting point of the uprising. Tacky Falls, where his followers committed suicide, is named in the leader’s honor, although the actual cave has never been identified. The uprising is mentioned in the literature of the period, including Edward Long’s History of Jamaica, written in 1774, and the diaries of Thomas Thistlewood, who was an overseer in Westmoreland parish when the rebellion broke out.

Despite holding the colony of Jamaica in a state of panic for over one year, Tacky’s Rebellion failed to accomplish its goals. It didn’t create an African kingdom, and it didn’t end slavery on the island. The British continued to import slaves to Jamaica until the British abolition of the slave trade in 1807. Still, despite being largely forgotten today, Tacky’s Rebellion was the most significant eighteenth-century slave uprising in the British empire. It also served as a predecessor to the only successful slave insurrection in history: the Haitian Revolution.