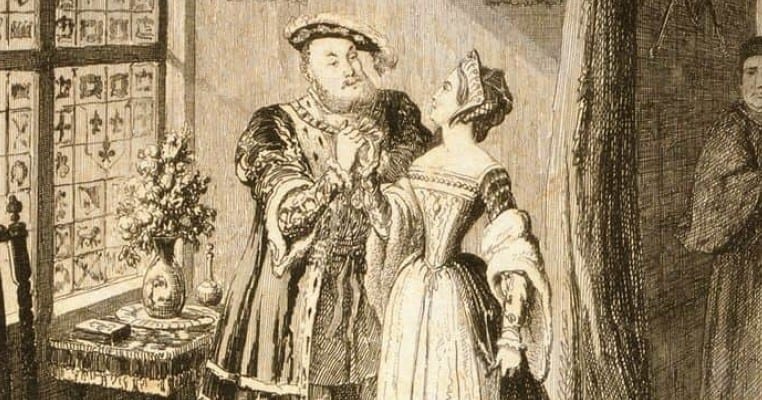 Anne’s sarcastic with had carried her through some difficult situations, and she held onto it until the very end. When she was waiting to be executed, she said, of the executioner who would behead her, “I hear he’s quite good. And I have a very small neck!” People sentenced to death by beheading often had to endure a painful experience in which the executioner had to whack at them multiple times before decapitating them.

5. Some People Hated Anne From the Beginning

Many called her “the king’s whore” because he was divorcing Catherine of Aragon and splitting from the Catholic church so that he could marry her. They blamed Anne, not Henry, for the dissolution of the royal marriage. When she was killed so that he could marry Jane Seymour, they had to put their feet in their mouths.

4. We Don’t Really Know Much About Anne

For all of Anne’s prominence, we don’t even know what year she was born. Maybe she came into the world in 1501, but she could have been born as late as 1507. She could have been as old as 35 – middle-aged by Medieval standards – when she was executed, which would change much of the narrative about her ill-fated marriage and death.

3. Anne Boleyn May Have Been a Composer

A songbook that many believe may have belonged to Anne Boleyn is in the custody of London’s Royal College of Music. In 2016, the orchestra performed a selection of songs in the book, some of which may have actually been written by the queen about her feelings towards death in the face of her upcoming execution.