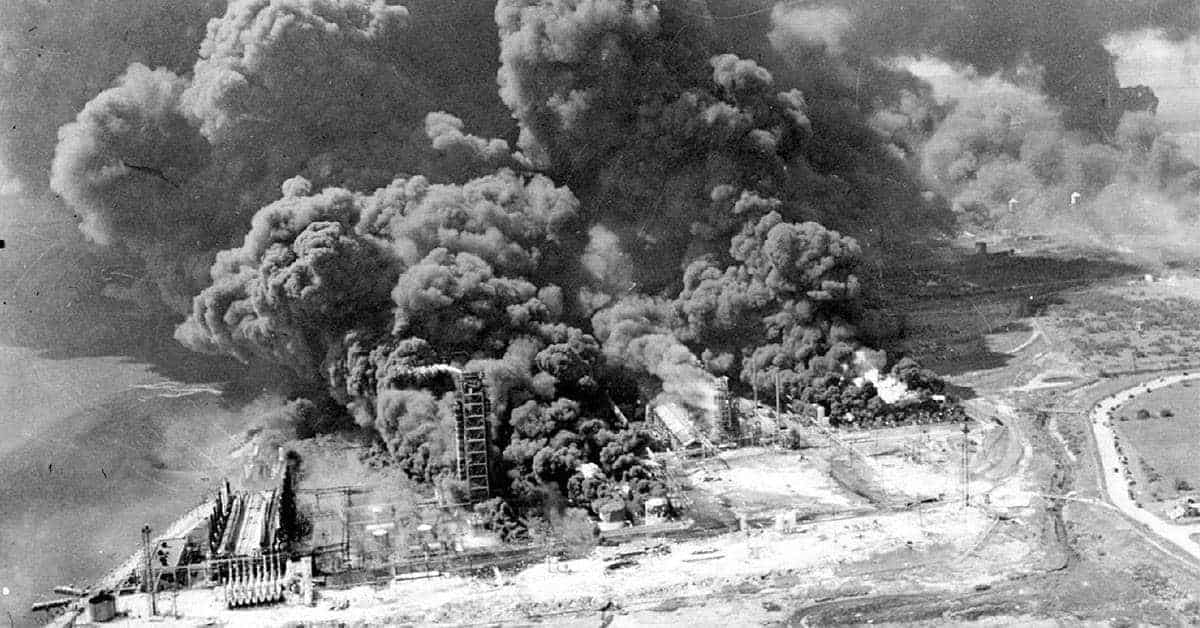 The disaster started with a fire onboard the French-registered SS Grandcamp, which was docked in the port and carrying approximately 2,200 tons of ammonium nitrate, a chemical compound predominately used in agriculture as fertilizer but also used as an industrial explosive. The fire ignited the explosive compound and the initial blast set off a chain reaction of fires and explosions in other ships and nearby oil-storage facilities.

The initial fire had attracted spectators to the shoreline, who believed they were a safe distance away. The water around the docked ship was boiling from the heat of the fire. At 9:12 a.m. the ammonium nitrate exploded sending a 15-foot wave off the Texas shoreline. The Grandcamp explosion destroyed the Monsanto Chemical Company plant and resulted in the ignition of refineries and chemical tanks on the waterfront. The shock wave was felt as far away as Louisiana. The two-ton anchor was blown 1.6 miles.

The disaster killed at least 518 people, including all but one member of the Texas City fire department.

The Verge – What Caused a Massive, Deadly Explosion at A Texas Fertilizer Plant?