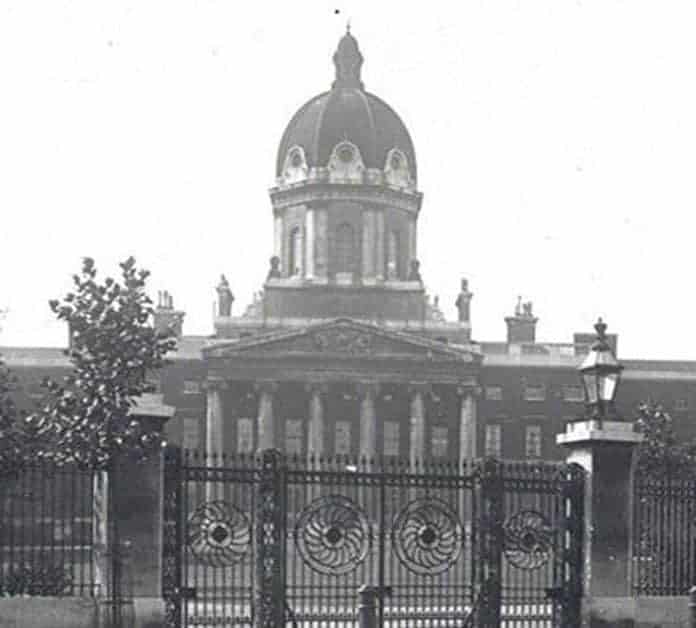 The Bethlem Royal Hospital, also known as St. Mary Bethlehem and Bedlam, is an infamous psychiatric hospital in London. It is Europe’s first and oldest institution to specialize in mental illnesses.

The hospital was founded in 1247 as the Priority of the New Order of our Lady of Bethlehem in the city of London during the reign of Henry III. The original structure was built atop a sewer, which frequently overflowed, forcing patients to live in swamps of excrement. During this time, control of the facility transferred from the Church to the Crown.

John Haslam, who was appointed to head of Bedlam in 1795. Haslam believed that mental illness could be cured only after breaking the will of the patient. Quaker philanthropist Edward Wakefield 1814, visited Bedlam. Wakefield witnessed naked, starved men chained to the walls, including one man harnessed with chains running into the walls and into an adjoining room. Staff would periodically pull on the chains, slamming the patient into the wall.

One of Bedlam’s many controversial treatments, rotational therapy, invented by Erasmus Darwin (grandfather of Charles), involves sitting a patient in a chair suspended from the ceiling. The chair is then spun by an orderly, the speed and duration dictated by a doctor. The treatment could rotate 100 times per minute, for hours at a time.

Other treatments during the 18 and 19 centuries were ice baths, starvations, and beatings. Bloodletting and leech therapy were also common treatments. Bedlam treatment methods were so horrific that admission was routinely refused to patients deemed too frail to handle the treatments. As early as 1758, the conditions and treatments in Bedlam were described as archaic by other asylum management.