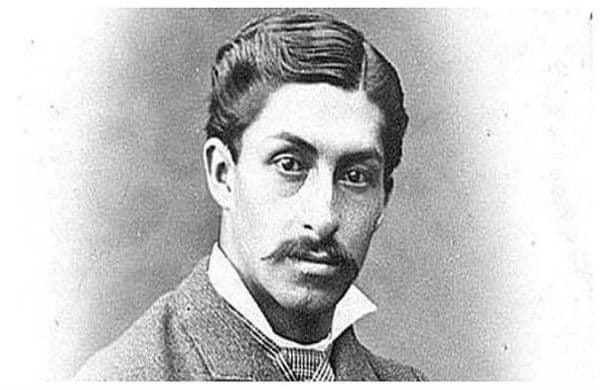 4. Romanian Microbiologist injected himself with bacteria from rabbits suffering from Syphilis and prayed to be right about his medical theories.

Undoubtedly one of the most significant figures in virology and immunology – especially in the study of poliomyelitis and syphilis – Constantin Levaditi was accepted in 1900 to work in Dr. Metchnikoff’s team at the Pasteur Institute in Paris. He eventually became head of the laboratory of the Pasteur Institute for over 20 years, earned several honors and published more than 1,200 notes, articles, and monographs during his decorated career. He dominated the study of syphilis in his time and introduced new techniques in serology, such as using the silver-salt staining method in the livers of newborn congenital syphilitics.

He demonstrated that to supplement the Wassermann-Bordet reaction (an antibody test for syphilis), a normal liver could be used for diagnosis, thus pioneering the study of antigens. With his colleagues he applied bismuth therapy to syphilis, and achieved results with metallotherapy. When his opponents challenged his methods and theories, he didn’t hesitate to inject himself with infected bacteria from rabbits suffering from syphilis only so he could prove them wrong. Fortunately, he did not contract the disease after his bold experiment.

3. Surgeon safely removed his own appendix while under local anesthetic at the age of 60.

Even though there have been quite a few surgeons operating on themselves throughout the years, in most cases this was the result of emergency rather than self-experiment. There’s a bright exception to this rule though. The first surgeon to conduct a self-operation (as part of an experiment), was American surgeon Evan O’Neill Kane in 1921. In his illustrious thirty-seven-year medical career, Dr. O’Neill Kane had performed nearly four thousand appendectomies, so this surgery would be nothing new to the experienced surgeon.

However, there was a twist: he didn’t have to operate himself, but instead he decided to do so as part of his movement against the excessive use of general anesthetic at the time. During the procedure, Dr. O’Neil only complained of a minor discomfort. Once he was done with the procedure, he was taken into post-op and was placed in a hospital ward. He recovered quickly and was discharged two days later. Dr. O’Neil had proven his theory that local anesthesia was a viable alternative, and operated on himself again at the age of 70 to repair a hernia.

2. Air Force medical doctor volunteered to be used as “Human Rocket” in order to study the human body’s tolerance to Aircraft Crash Forces.

There’s a good chance that you know him as the “human rocket” or the “the fastest man on earth.” Colonel John Paul Stapp was an American career U.S. Air Force officer, flight surgeon, physician, biophysicist, and pioneer in studying the effects of acceleration and deceleration forces on humans who made history for his bold self-experiments. Stapp accelerated in 5 seconds from a standstill to 632 miles an hour, and then decelerated to a dead stop in 1.4 seconds, subjecting him to pressures 40 times the pull of gravity. From 1947 to 1955, he participated in 28 more such experiments and broke all kinds of land and deceleration records.

These tests investigated the effects of acceleration, G-force, deceleration, and wind blast on humans. Stapp suffered broken bones and retinal hemorrhages, but suffered no permanent damage. Stapp also became an early advocate of seatbelts and shoulder harnesses in cars. He created an automobile test facility and conducted the first-ever crash tests with dummies; tests that are still used for crash safety ratings. Despite taking part in so many dangerous tests, Stapp died peacefully at his home in Alamogordo, New Mexico, at the age of 89.

1. The doctor who kept notes while dying from a cocaine overdose.

In what may be the greatest demonstration of altruism in medical history, Edwin Katskee literally gave his life to test the effects of cocaine to its addicts. The main difference of Dr. Katskee with any other scientist included in this list is that he knew his death was inevitable when he was injecting a deadly dose of cocaine into his veins. He didn’t seek help, but instead he tried to calmly record his observations as the drug took effect. He described what he had done as a “scientific experiment with death.” It’s important to note, however, that by the year of his death (1936), Dr. Katskee’s life began to fall apart.

In August of that year, his wife filed for divorce citing “extreme cruelty” and asked for custody of their two young children. Not long afterward, Dr. Katskee experienced a series of health crises, including gall bladder surgery and spending time in a sanitarium. Two months later, his uncle committed suicide following a nervous breakdown. Suicide or not, the fact remains that Dr. Katskee sacrificed his life in order to find out what the addicts experience themselves during an overdose. Unfortunately, his notes as scattered as they were and without proper timekeeping, did not prove useful for his colleagues.

The Man Behind High-Speed Safety Standards – Air and Space.

“Nicholas Senn and the origins of the Association of Military Surgeons of the United States”. Military medicine.

“Paris choosing a dermatological hero for the millennium” by Daniel Wallach.

The isolation of morphine by Serturner – NCBI – NIH

Barry James Marshall—Discovery of Helicobacter pylori as a Cause of Peptic Ulcer. Mayo Clinic.

“Roger Altounyan: the man and his work.” Respir Med.

Lidocaine: The Origin of a Modern Local Anesthetic | Anesthesiology.org

“The discovery of radium in 1898 by Maria Sklodowska-Curie and Pierre Curie with commentary on their life and times.” The British Journal of Radiology.