20 Photographs of the 1985 Sinking of the Rainbow Warrior 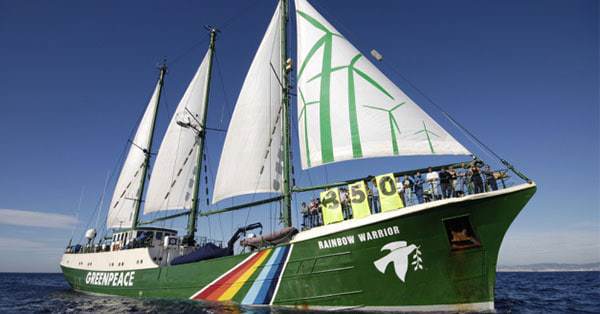 20 Photographs of the 1985 Sinking of the Rainbow Warrior

The sinking of the Rainbow Warrior, codenamed Opération Satanique, was a bombing perpetrated by the Action Division of the French foreign intelligence services, the Direction Générale de la Sécurité Extérieure (DGSE).

On July 10, 1985, two French operatives sank a Greenpeace ship, the Rainbow Warrior, while it was harbored in Auckland, New Zealand. Greenpeace had planned on taking the Rainbow Warrior to protest French nuclear testing at Moruroa Atoll. Fernando Periera, a photographer, was killed by the DGSE attack and drown in the sinking ship.

The French government initially denied any responsibility for the terrorist attack. After investigation, two French agents, Dominique Prieur, and Alain Mafart, were captured by the New Zealand police and charged with arson, conspiracy to commit arson, willful damage, and murder.

All of the other agents involved in the attack, including Jacques Camurier and Alain Tonel, the divers who planted the bombs, were able to escape. As more and more information came to public light, the French Defense Minister Charles Hernu was forced to resign.

In honor of the Rainbow Warrior, a group of private New Zealand yachts sailed to Moruroa to continue protesting the nuclear testing. France was left with no choice but to halt nuclear testing, resuming ten years later in 1995. Dominique Prieur, and Alain Mafart were sentenced to ten years in prison but only served two before being released by the French government.

One of the spies involved in the attack, Christine Cabon, infiltrated Greenpeace in order to gather information to facilitate the bombing. She was able to escape New Zealand to Tahiti and then to Israel. From Israel she was taken home to France. Cabon was recently located in Lasseubetat, France after years of hiding.