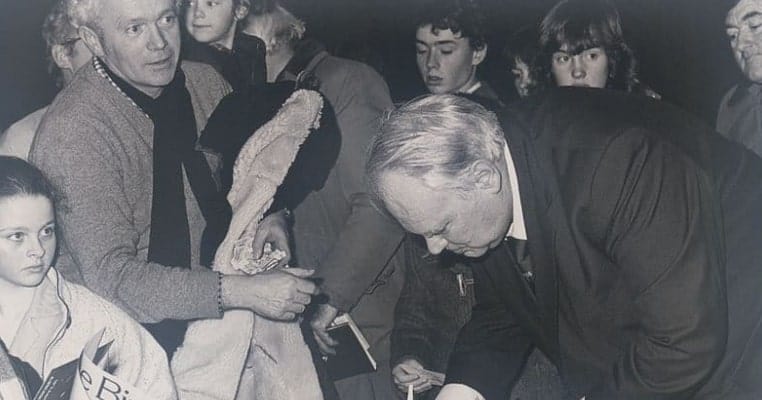 The Germans, through their newspapers, have a long and distinguished history of producing April Fools’ Day hoaxes, some more believable than others. In April, 1921, a Berlin newspaper produced a story which explained how a particularly innovative farmer derived lard from his pigs without killing them. The lard was removed surgically from the living animal, which was then stitched up to presumably produce yet more lard. The animal was numbed during the procedure, which could be performed up to three times per year, making the animal a living lard factory. First British, and later American newspapers reprinted the story and enhanced it.

For over a year the story remained in play. The farmer who discovered the process had been described as living in the town of Schleichegrieben. Once it became apparent that no town of that name existed in Germany British newspapers began to question the story. The name of the fictional town translated to sneaking bacon, another indication of the falsity of the story. The Berlin newspaper which originally published the story admitted it was an April Fools’ Day joke over a year after it first appeared, having fooled hardened news publishers in Europe and America, as well as their readers, for most of that time.

It would be hard to imagine a purpose for write-only memory, which allows information to be stored but never retrieved. But on April 1, 1973, Signetics, a California based manufacturer of integrated circuit chips founded in 1961, announced that they had successfully developed write-only memory in a press release. A spokesperson for the company, Roy L. Twitty, called the innovation a major achievement which would have a beneficial effect on the lives of all who ever used computers. Signetics included technical data sheets describing the memory as part of the press release, comprised of meaningless diagrams and equations.

The concept became an inside joke within the industry, and was expanded upon by other manufacturers and engineers, including Apple, which included references to it in their reference manual for the Apple IIe computer in 1982. Apple claimed that the concept of write-only memory was developed under a government contract in 1975, and that it had been criticized as a “six-million dollar boondoggle” but that the device allowed for the storage of “excess information”, and thus saved millions of dollars by freeing up conventional memory storage systems for other uses. The concept remains an allusion to a totally worthless device or idea.

Popular Electronics published their April issue for 1955 including an article which described the concept of “Contra-Polar Energy”. Contra-polar energy was described as negative energy, which when applied to any electronic or electrical device would cause it to produce the exact opposite of what it was designed to produce. In other words, if applied to a light bulb, the bulb would cast darkness rather than light. An electric element on a stove would become ice cold rather than generate heat. The energy could act as a brake on an electric motor. According to the magazine the energy was developed secretly by the military during the Second World War.

The magazine included a photograph which depicted a table lamp creating darkness on the surface on which it rested. The article also contained a disclaimer, which directed the readers’ attention to the fact of its being published on the first day of April. Nonetheless, interested readers continued to write to the magazine for additional information for years. In 1959 Popular Electronics was forced to issue a statement which indicated the article had been an April Fools’ Day joke, and continued demand for more information led to their doing so again in 1963, eight years after its original publication.

Once again, in 1980 the BBC perpetrated a hoax in celebration of April Fools’ Day which bemused some and outraged others. Clocks and watches with digital faces rather than traditional dials were all the rage in the late 1970s and early 1980s. On April 1, the BBC reported that in accordance with the times the famed London hallmark, Big Ben, would be equipped with a digital face replacing its dial. The report included much of the history of what is arguably the world’s most famous clock, and closed with the announcement that the hands would be given away to listeners on a first come, first served basis. Calls from around the world began immediately, hoping to obtain a relic of the clock.

Not all of the calls were about gaining one of the clock’s hands. The British public was outraged at the idea. The volume of calls and the anger expressed in them forced the network to issue a statement that the entire report had been an April Fools’ Day joke. That announcement merely increased the numbers of calls into the BBC, from viewers and listeners who did not find the joke the least bit funny. The BBC issued several apologies for the gaffe. The joke has been repeated over the years by British tabloids and magazines, with reasons for the conversion given as an effort to boost tourism and the need to upgrade the clock, but never with the overwhelmingly negative reaction expressed in 1980, which gives an indication of the credibility the BBC held with the public at the time.

“Brides for Liechtenstein”. The Museum of Hoaxes. Online

“A Martian in the USA”. The Museum of Hoaxes. Online

“Lard from live pigs”. The Museum of Hoaxes. Online