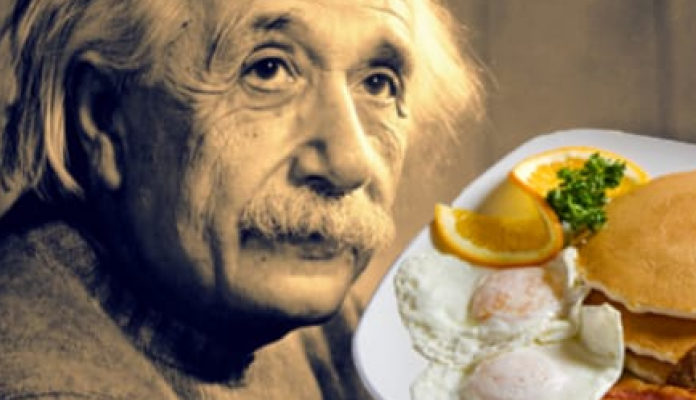 They say breakfast is the most important meal of the day. This is especially true if you want to start your day off right and have the energy be as productive as possible. Since self-help books and advice columns are so popular nowadays, everyone tries to emulate the habits of highly successful people. If that’s the case, what did the most successful people in the world eat in the morning to help fuel their creative genius? It turns out that the only thing successful people have in common is that they listen to their body responds to the best. Their routines and breakfast menus are drastically different from one another, and sometimes, they’re downright dysfunctional. Here are 20 rituals famous people had when they woke up, including their breakfast menu.

Theoretical physicist and mathematician Albert Einstein was famous for being one of the smartest guys in the world. He invented the theory of relativity and made leaps and bounds in the field of physics and quantum mechanics. So, clearly, he did a lot of deep thinking. Every morning, he would eat fried eggs and mushrooms, and he would put tons of honey in his cups of tea. His maid said that he loved mushrooms so much, he would sometimes eat them during all three meals of the day.

There have been studies done by a modern-day-scientist named Paul Stamets that show that certain mushrooms actually do improve concentration and repair neurological pathways in the brain, like the Japanese “Lion’s mane mushroom”. So maybe that’s why Einstein loved mushrooms so much. It is very possible that he felt the positive effects in the way his mind works when he ate them, so he just decided to incorporate them into his daily routine. It was also noted that Einstein possessed a sweet tooth, and he used so much honey on a daily basis, he would have to order huge buckets of it to be delivered to his house.