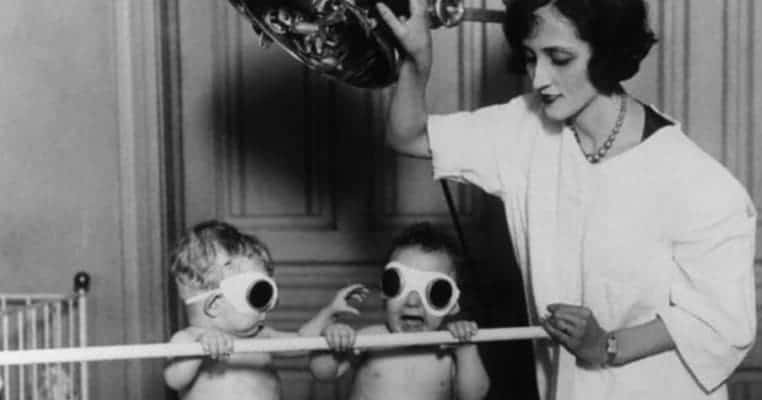 Scoliosis is a relatively common condition, affecting about 3 percent of people, in which the spine has a sideways curve, often resembling the letters s or c. Scoliosis varies widely in severity, with some patients having minor curves that can be corrected through braces while others have severe deformity causing curves that require surgical correction. In the 19th century and early 20th century, braces would have to be based on plaster casts. While the woman in the photo may look like she’s being tortured, she’s actually being fitted with a plaster mold on which her brace will be based. Layers of linen or gauze are being wrapped around her, which will then be dampened with plaster material. Once the plaster mold dries, it will be cut off and used to cast the brace.

In current times, computer-aided drawing (CAD) software is used to design braces with non-invasive and easy measurements being all that is required of patients. This technology removed the need for plastering in adults. However, plaster casts may still be used in cases of infant scoliosis as it has been shown to successfully eliminate the need for bracing later in life when treated early.

“Soothe Your Achey Joints by Sticking Each Limb Into Its Own Tiny, Electrified Bathtub” Ashley Feinberg, Gizmodo. February 2013.

“The Iron Lung and Other Equipment” Smithsonian staff. N.d.