17 Popes Who Didn't Practice What They Preached 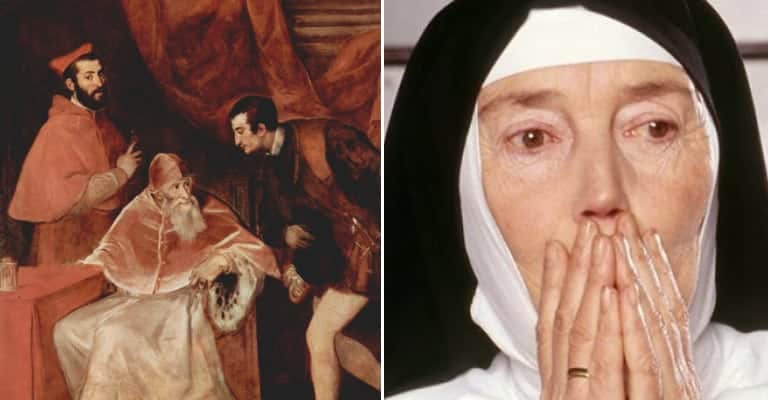 17 Popes Who Didn’t Practice What They Preached

Boniface VIII’s papacy was so brutal and scandalous that it was immortalized in classic literature. In 1294, he badgered his predecessor, the morally infallible Celestine V, into resigning; after his election, Boniface threw Celestine into prison, where he died less than a year later. Known for his volatile temper, Boniface bullied Rome and the powers of Europe into acknowledging his authority in both religious and secular matters. If they refused to comply, he burned their cities to the ground.

The pope’s open view of sexuality made him the talk of medieval Europe. The bisexual Boniface liked to seduce young boys, allegedly declaring that sodomy “was no more a sin than rubbing your hands together.” Two of his male lovers publicly quarreled on the streets of Rome, fighting over which one the pope loved more and who received the finer gifts. Most importantly, they argued over which one of them had the right to call himself “the Pope’s whore.”

Pope Boniface VIII did enjoy some dalliances with women, so much so that he had two at one time. He reportedly had regular ménage-a-trois sessions with a mother and a daughter. According to his contemporaries, the pope broke the cardinal sins of incest and adultery and violated his vow of celibacy, all in one turn. After his death in 1303, the result of a kidnapping and beating by his enemies, Boniface’s name endured for his appearance in Dante Alighieri’s The Divine Comedy. As shocking as the pope’s sexual escapades were to medieval society, the author condemned him to the eighth circle of Hell for simony.

“10 Scandalous Popes Throughout History Who Had Racy Sex Lives!” The Wonder List.

“A Brief History of Celibacy in the Catholic Church.” FutureChurch.

Cox, Savannah. “The 6 Craziest Popes in the History of the Catholic Church.” All That Is Interesting. August 2012.

Moss, Candida. “From Incest to Blasphemy, Meet the Least Saintly Pope in History.” The Daily Beast. May 2016.

Norwich, John Julius. Absolute Monarchs: A History of the Papacy. 2011.

Owen, Helen L. “When Did the Catholic Church Decide Priests Should Be Celibate?” History News Network. 2001.

Praderlo, Caroline. “The 11 Most Scandalous Popes in History.” Insider. 2017.