16 Women of The Bible that We Don't Talk About Enough 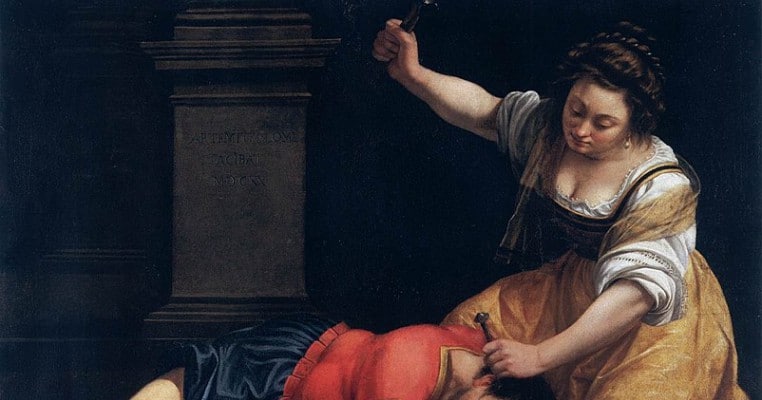 Mary Magdalene has almost universally been represented as a current or former sex worker in the Bible. However, some modern research has argued that she was a wealthy woman who helped to finance some of Jesus’ travels after his presence transformed her life through salvation. Some writings depict Mary Magdalene as having either some sickness or demons driven out of her by Jesus. Being an incredibly close confidant and friend of Jesus, she doubtless would have been an apostle had she been born male. She was witness to both his crucifixion and his resurrection.

It was Mary Magdalene herself who told the all-male apostles that Jesus had been resurrected. She was the first person to witness the resurrected Jesus. This incredible closeness is what has led some to argue that her sex worker heritage was invented by later religious figures to distance her from Jesus and elevate male apostles over her. Given the incredible disrespect towards sex workers throughout most of history, tarnishing her thus certainly lowered her regard. The figure of Mary Magdalene continues to be a lightning rod of controversy, with ongoing debates about her past and nature in both religious and feminist academic circles.

Jezebel is more often used as a slur for a wanton or evil woman than it is to refer to the actual historical leader of Israel. In modern times, Jezebel has been reclaimed by some feminists leading to publications like Jezebel Magazine. In the Bible, Jezebel was a queen of Israel who led the country astray from its religion. Reportedly a worshipper of Baal, a rival god, she exerted her influence to shape the religion and culture of her nation. It was Jezebel, not her husband Ahab, who was looked to as the religious and political leader of the country.

The Old Testament depicts Jezebel paying a high price for her supposed idolatry. Her body is thrown from a window and torn apart by dogs. Despite her brutal end and the ongoing legacy of her name to disparage women, Jezebel rose to high power in a time where it was challenging for a woman to wield even a small amount of influence. Through her force of will and strong character, she shaped the culture of Israel for decades. Interestingly, the historical bias against “painted women” in makeup may be due to Jezebel’s purported love of makeup and wigs.

Lilith is undoubtedly the ultimate Biblical femme fatale. It is not clear if she was a demon, a woman, or some of both. Ironically, she does not appear in the Bible itself but is frequently written about in Jewish and medieval Christian folklore. Originally an ancient Jewish legend, Lilith was supposedly the first wife of Adam and was created from the same clay as him, rather than a rib as with Eve. She is often depicted as a willful, evil woman who is sexually promiscuous. Her image is usually associated with serpents as well.

In a famous 13th-century Jewish writing, Lilith is described as the first wife of Adam who refuses to submit to his will and leaves the Garden of Eden willingly after mating with the archangel Samael. She is often used to represent the most hated aspects of femininity, at least to the medieval male mind, including sexual wantonness, trickery, and harming children. Lilith can almost be viewed as everything despised and feared about women condensed into one semi-demonic being. While she doesn’t appear in the Bible, she has inspired countless religious legends and influenced the later realms of occultism, mysticism, and horror writings.

“The Strongest (And Craftiest) Wome In The Bible” Genevieve Carlton, Ranker. n.d.