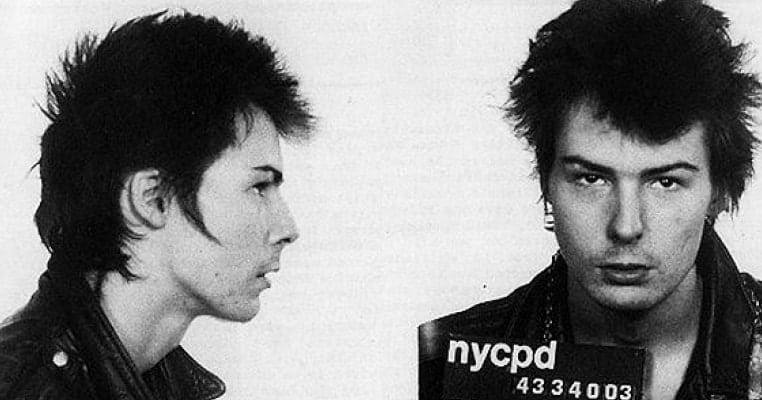 14. Vicious Smashed a Bottle On Someone’s Face After His Girlfriend’s Death

In a rather callous incident, Sid Vicious smashed a glass bottle over someone’s face while attempting to flirt with their girlfriend while out on bail for the murder of his own dead girlfriend. Only weeks after Nancy Spungen’s death, for which Vicious was charged but never convicted, he was out on bail and decided to attend a Skafish show at the Hurrah nightclub in New York City.

Vicious was staring at one of Skafish’s roadies, Tara, all night. He attempted to start flirting with the woman, at which point her boyfriend, Todd Smith, asked Vicious to at least wait until the band was done playing to flirt with his girlfriend. Vicious responded to this request by smashing a beer bottle into Smith’s face. Smith was sent to the hospital as a result of the attack and Vicious ended up back in prison.

It is much harder to be sympathetic to Vicious when one realizes he was out flirting with women and attacking men while only out on bail from the accused murder of his girlfriend. Vicious was, at his core, an abused and neglected child, but his wanton disregard for others’ safety and wellbeing cannot be ignored.

15. Vicious Suffered From Hepatitis Due to Intravenous Drug Use

Sid Vicious received a reprieve from having to demonstrate his inability to play his bass guitar from a strange source: hepatitis. The Sex Pistols were recording their only studio album, Never Mind the Bollocks: Here’s the Sex Pistols, in 1977. Vicious would doubtlessly have struggled with the recordings due to being hopelessly unable to play but was hospitalized during the entire recording period due to hepatitis.

Vicious was a frequent intravenous drug user, which often results in complications like hepatitis and was likely the source of his illness. However, his girlfriend at the time, Nancy Spungen, was a part-time sex worker and could also have exposed Vicious to the disease. Hepatitis B is spread through sharing needles and is also a sexually transmitted infection. Hepatitis C can also be spread through sharing needles.

It is not clear what strain of Hepatitis Vicious was treated for in 1977. Both B and C can become chronic, but it is far more likely with C. Hepatitis C tends to most seriously affect those infected later in life through liver failure, but with Vicious’ premature death of a heroin overdose it is unlikely he lived long enough to experience chronic effects from either strain of the disease.

16. Vicious Took His Name From a Hamster

Ironically for a punk rocker who became notorious for his violent drug-fueled antics, his namesake is a docile and timid animal. Sid Vicious, whose birth name was Simon John Ritchie, found his stage name in a rather unusual way. He was visiting his friend John Lydon, who later was famed as Johnny Rotten, the lead singer of the Sex Pistols when Lydon’s hamster bit him on the finger.

Lydon’s hamster, Sid (named after Pink Floyd’s Syd Barret), bit Vicious rather nastily leading Lydon to exclaim “Sid is really vicious!” Lydon began using the moniker Sid Vicious as a nickname for Ritchie, and it stuck. At the time, Lydon and Ritchie were living with two other men also named John, which led to them being called the “Four Johns.” In that environment, any nickname, even one from a hamster, must have been better than being one of four Johns!”

Lydon later described the hamster Sid as the “softest, furriest, weediest thing on earth” which makes it a sad and ironic namesake for a punk rocker who is most famous for his violence, drug abuse and tragically young death from a heroin overdose. The animal namesake is especially dark given Vicious’ history of strangling animals in his youth.

Far Out Magazine – Sid Vicious: Not That Talented And Probably A Murderer

Loudwire – Misfits’ Jerry Only Was With Sid Vicious the Night He Died, Doesn’t Believe He Died by Suicide

The Independent – The Unseen Sid Vicious: The Last Days Of A Punk Legend