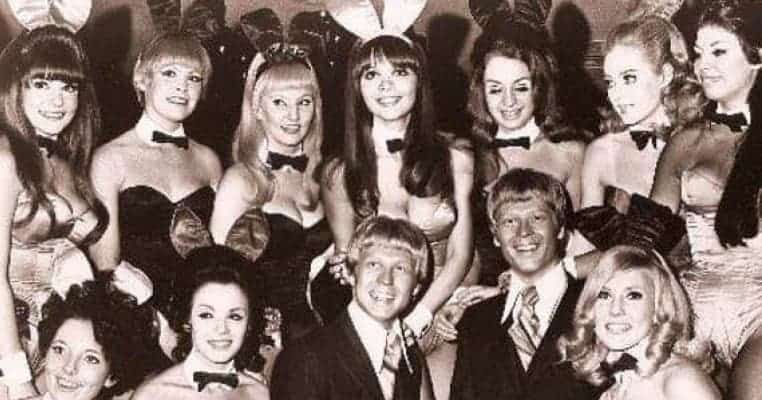 4. Earning Money as a Bunny Was Harder Than Advertised

The advertised wages for Bunnies in 1961 were $200 to $300 a week, a great deal at the time. However, earning that much wasn’t always so easy. Bunnies had a portion of their tips claimed by the club. Bunnies also had to arrive at least an hour to get dressed and do their hair and makeup, which was unpaid time. Demerits for makeup application errors, chipped nails, and so on would lead to docked wages. Bunnies also had to purchase and maintain their uniforms through expensive dry cleaning.

Bunnies determined to make good pay could take on extra opportunities, including working for private parties. Bunnies did, in most cases, make excellent tips due to the wealth required for men to join the club. Celebrities, executives, and members of organized crimes were frequent patrons of the club and typically tipped very generously. Men were often mocked by photo and cigarette girls, who worked the floor selling both for a nickel a piece if the men paid only the recommended amount. One former Bunny remembered making over $1,000 a week, an unheard-of amount for women at the time. She made so much in cash she forgot to cash her paychecks at the end of the week.

The pay for Playboy Bunnies was advertised as $200 to $300 a week, which, at the time, was the equivalent of the salary of a Madison Avenue ad man, like Don Draper in Mad Men. Given the extremely high pay, there was an incredible amount of competition for the positions. Women had to meet the initial requirements of being thin and conventionally attractive and most often, white. They had to be, in the words of a Playboy recruiting poster, “not a broad or a ‘hippy.” The women had to meet the subjective standard of being sexually appealing without being lewd or cheap-looking.

If women met those standards, which few reportedly did out of over 400 in the initial hiring process, the women needed to also be between the ages of 21 and 24 and either single or married, no engaged or dating women were permitted. Women were then subjected to mandatory physical examinations by a physician to test for STIs, pelvic condition, the straightness of their legs, overall health, and more. It should be noted that none of these tests were required due to local or state regulations of waitresses at the time, they were unique to the Playboy clubs.