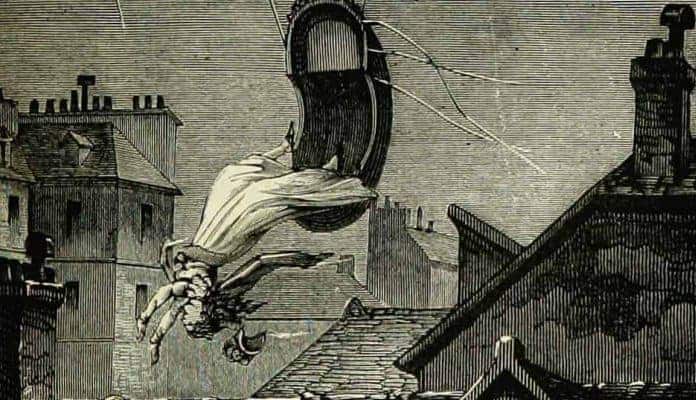 Your lifestyle determines your death-style, as the old adage goes. If you’re a warrior, you run a higher risk than most of dying in battle. If you drink or eat too much, your chances of fatal medical conditions increase. Big game hunters are but a misfire away from a fatal mauling or trampling. On the other hand, people with less dangerous jobs, such as librarians, are more likely to die peacefully (notwithstanding the unfortunate theologian, John Scottus Eriugena, by legend stabbed to death with his students’ styli in the ninth century). History and the law of averages support this theory.

But not everyone dies in the way they were expected, or in a manner befitting their lives and achievements. Here we will look at some of the big-names in history who have suffered undignified endings. Some perhaps deserved to die ingloriously, others have experienced misfortune out of their hands, and still others have simply made a preposterous error. There are stupider deaths out there, but what makes these instances particularly interesting is that they happened to famous figures in history. You will laugh, cry, and commiserate with these unfortunates on the receiving end of the caprices of circumstance.

Until the mid-seventh century BC, Ancient Greece was governed by oral law and blood feuds between families. This all changed when Draco (c.650-600 BC), a lawgiver, instituted a written law code enforceable only by a court of law. He was also the first democratically-elected legislator in Athens. However, the people were unaware that he would bring such harsh legislation, and thus from the name ‘Draco’ we get the adjective ‘draconian’, meaning unforgiving laws. Despite his later fame, we know very little about Draco’s life, besides his role in creating written law in Ancient Greece. His death, however, is another matter altogether.

Draco’s laws, the Draconian Constitution, meant that all literate Greeks could know their rights, rather than relying on a judge’s personality and memory in sentencing. Draco’s Constitution made the first pioneering distinction between murder and accidental homicide, but otherwise anachronistically lived up to its etymological derivation. Anyone caught stealing a cabbage, for example, would be executed, and if you owed money to someone of higher status you were forced into slavery. In fact, the most minor of crimes were punishable by death. Unsurprisingly, all of the laws besides the homicide/ manslaughter one were repealed in the early sixth-century by Solon.

Although the citizens of Athens predictably took a dim view of the lawgiver, he was immensely popular on the island of Aegina. At a reception given in his honor at the theatre, he met a bizarre end. According to a 10th-century AD Byzantine encyclopedia, ‘this man [crossed] to Aegina for lawgiving purposes and was being honored by the Aeginetans in the theatre, but they threw so many hats and shirts and cloaks on his head that he suffocated, and was buried in that selfsame theatre’. How many were prosecuted according to the Draconian Constitution is, sadly, not recorded.