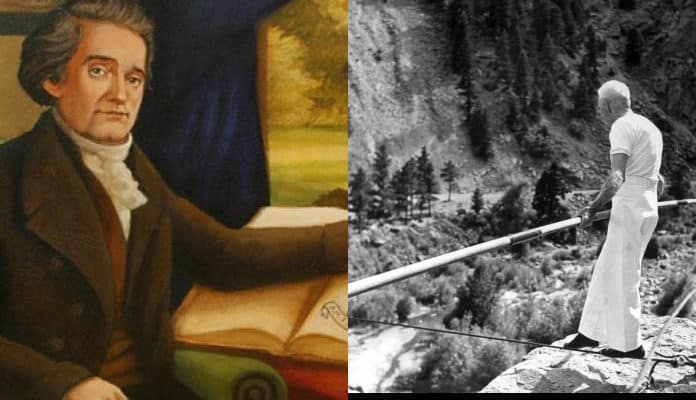 History is (perhaps annoyingly) full of notable child prodigies and people who made a mark on the world at an early age. But not everyone can find their calling at an early age. Sometimes people only really achieve ‘greatness’ once they have acquired several decades of life experience. Or sometimes high-achievers refuse to follow conventional wisdom and take it easy in their old age. Instead, they use their advanced years as a strength, spurring them on to new heights.

We think it’s time to celebrate these late bloomers and geriatric greats. To recognize that, while youthful energy has certainly helped shaped history – for better or for worse – so too has the wisdom, experience or just downright stubbornness that comes with old age. So, from rulers who rode into battle in their 90s to artists and adventurers who never let a little thing like age stand between them and their dreams, here we have 16 of the greatest ‘oldies’ in history:

16. Melchora Aquino de Ramos played a key role in the Philippine Revolution, despite being an old lady at the time.

When Melchora Aquino de Ramos died in February of 1919, she was the grand old age of 107. And she had done a lot in her 107 years on earth. Above all, the Filipina saved her best to last. Thanks to her key role in the Philippine Revolution, she became known as ‘Tandang Sora’, or Elder Sora. Or, to others she was simply ‘the Grand Woman of the Revolution’. And, to this day, she is remembered with affection in the Philippines and is widely held up as proof that acts of great bravery and resistance aren’t solely the preserve of the young.

Tandang Sora was in her 70s when the Philippine people began rising up against their Spanish occupiers in the 1880s. After a long life working hard to give her 7 children a good education, she bought a shop in her hometown of Quezon City. Despite her age, and despite the risks involved, she helped revolutionaries hide in her shop. What’s more, her store also served as a makeshift hospital for rebels wounded in the fighting. Eventually, the Spanish occupiers found out about Tandang Sora’s activities. She was arrested, deported to Guam and placed under house arrest there. Only when the United States took over the Philippines in 1898 was she able to return. She was given a hero’s welcome and lived for another 30 years, surrounded by friends and family.