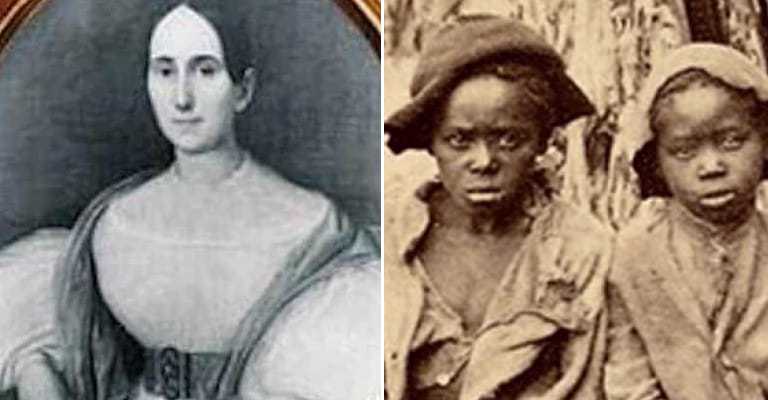 What was the role of Dr. LaLaurie?

As far as we can ascertain, there is nothing to suggest anyone suspected Madame LaLaurie of cruelty before her third marriage in 1828. The records of her slaves show that out of the 20 deaths in total, 12 died in the short period between 1831-33. Could this be a coincidence of some significance? Did her third husband play some role in the torture?

There are some particulars of Dr. LaLaurie’s medical practice that tally with aspects of the slave’s confinement. When he first arrived from France in 1825, LaLaurie advertised himself as “a French physician…acquainted with the means, lately discovered in France of destroying hunches.” These methods included stretching the patient out on a couch to straighten the spine. We know Madame LaLaurie’s daughter, Pauline had a spinal condition, and this could be how she first met her third husband. Is it possible that the slaves in the attic who had “their limbs stretched and torn from one extremity to the other” were in fact subjects in experimental medical treatments?

As Morrow Long states, this is unlikely because of the general mistreatment of the slaves. It would not have been in the doctor’s interest to whip and starve his subjects and leave their wounds to fester. It is, therefore, more likely that the Dr knew of his wife’s mistreatment of the slaves- but was not directly involved. After all, if people outside had their suspicions about what was happening in the LaLaurie mansion, it is inconceivable that any of the mansion’s residents were oblivious to events.

Some reports suggest that Madame LaLaurie’s daughters attempted to help the slaves and their mother subsequently punished them. However, Dr. LaLaurie did nothing. This silent complicity explains his terse reply to concerned Judge Canonge to mind his own business. LaLaurie feared if rescuers discovered the tortured slaves, they would question his role – even if he were guilty of nothing more than silence. However, Madame LaLaurie could not have chained and abused so many slaves without some help. This help was most likely came from her coach driver, the sleek, well-fed slave that rumor suggested was Madame’s eyes and ears in the house and who even helped her escape New Orleans.

For Madame LaLaurie was never brought to justice. So what happened to her?

The Fate of Madame LaLaurie

Accounts tell that as the mob assembled to attack her home and demand justice for the maimed slaves, Madame LaLaurie calmly drove away from Royal Street, as if for her habitual afternoon ride. However, she never returned to her home. Instead, she fled into legend. Accounts vary, but Madame LaLaurie supposedly continued to live in Louisiana under an assumed name, fled to New York, or lived in exile in France until she died, gouged to death during a wild boar hunt.

Documents, letters, and diary entries have allowed historians to piece together exactly what occurred after the flight from New Orleans. Initially, Delphine reunited with her husband, two unmarried daughters and a young son at the home of her niece. There, both LaLauries signed a power of attorney so that Delphine’s son in laws could handle their business affairs while they were in exile. Placide Forstall, the daughter of Borja, was Madame LaLaurie’s appointee while Auguste Delassus, the husband of Jeanne acted for Dr. LaLaurie.

In June 1834, the poet William Cullen Bryant was sailing to Le Havre, France on a ship from New York called Poland. He recalls encountering the LaLauries onboard and states that the other passengers recognized them too and shunned Madame as news of her activities had quickly spread north. Once in France, the LaLaurie’s sought refugee with Dr. LaLaurie’s family.

However, Madame LaLaurie found the experience a step down in life. Auguste and Jeanne Delassus visited their exiled relatives, causing Auguste to comment in a letter to his father how his “poor mother in law” was “confined…by that riff-raff LaLaurie family [to a house] without a bed to lie on.” The tension led to a final split between Dr and Madame LaLaurie, and Delphine and her children moved to Paris where they lived a comfortable life, well supplied with funds from Madame LaLaurie’s American assets.

The exact circumstances of Delphine LaLaurie’s death are not so easy to unravel. Letters from her son, Paulin, suggest she did wish to return home to New Orleans, but her children dissuaded her. Records show that she died in Paris on December 7, 1849, and was buried locally. However, it seems that her body was disinterred from her Paris grave on January 7, 1851, and, according to her descendants, reinterred in St Louis Cemetery No 1 that same year. So LaLaurie’s body at least returned to New Orleans. However, other evidence shows that she was alive and well in 1850, as there are documents which show she was challenging executors to her brother’s will in the Louisiana Supreme Court.

Either way, no one knows the exact location of her grave today. Nor do we know why a respectable socialite suddenly became an abuser of slaves. Or do we?

Given the apparently sudden nature of Madame LaLaurie’s reckless cruelty, is it possible she suffered some mental illness that caused her to act out violently on her vulnerable slaves? Carolyn Morrow Long has speculated that the trigger for this ‘breakdown’ was the failure of her unequal marriage to Dr. LaLaurie. Dr. LaLaurie was in his late twenties at the time of the wedding- much younger than his forty-one-year-old wife. He also brought only 2000 dollars to the marriage. Did his wife begin to doubt his reasons for marrying her, as soon as the honeymoon was over?

Rejection would have been a new experience for Delphine. Beautiful and feted by society, she seems to have had satisfying enough marriages with her previous husbands. However, here she was, on the cusp of middle age, her new husband was spending longer and longer away from the marital home on the pretext of business. In November 1832, Delphine applied for a legal separation from LaLaurie, claiming he had “beat and wound her in a most outrageous and cruel manner” in front of witnesses.” To be ill-treated and disregarded may have been an experience she was ill-equipped to deal with.

However, was it one that caused her to mentally snap so that she took her rage out on the slaves? Perhaps- especially if she suspected one of them had replaced her in her husband’s affections. This discovery could explain the high numbers of young women who ‘disappear’ from Madame Lalaurie’s slave lists during her final marriage.

Certainly, Delphine LaLaurie had a Jekyll and Hyde character, and no one felt this more than her children whose letters indicate that they both loved and feared their mother. While one daughter, Jeanne wrote of the “tenderness” with which she loved her mother, another daughter, Pauline wrote that she would “avoid anything that might excite mama’s bad mood.” Son Paulin also complained of his “mother’s fits of bad humor.” Madame Lalaurie seems to be a woman who was perfectly amiable when she had her way- but vicious when thwarted.

Certainly, LaLaurie never understood what she had done that was so very wrong. This could be down to a sociopathic lack of conscience- or a simple belief that she had acted like anyone else of her class and upbringing would. Perhaps it is safest to see Madame LaLaurie as a product of her times- albeit one who stepped over a line. That line, however, was not subjecting her slaves to excessive cruelty. Rather it was the mistake of getting caught.

ThoughtCo. Delphine LaLaurie: Biography and History of the LaLaurie Mansion

Nola. For Free People Of Color, A Precarious Niche In Society

DeepSouthMag.com. The Real Madame LaLaurie and other Legends from American Horror Story Coven

64 Perishes. Mistress of the Haunted House

Today I Found Out. The Twisted Tale Of Delphine Lalaurie And Her House Of Horrors