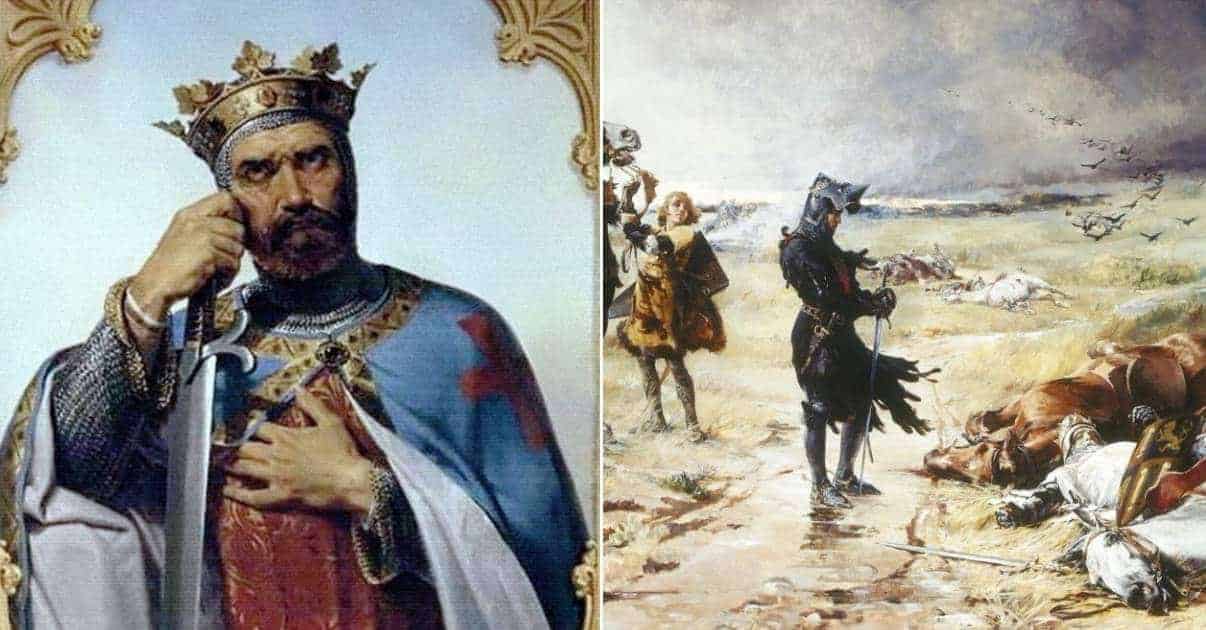 Sir Henry Percy, commonly known as Sir Harry Hotspur, or just Hotspur (1364 – 1403), was an English nobleman and commander who distinguished himself fighting against the Scots, and led successive rebellions against king Henry IV of England. He was immortalized by William Shakespeare, who made him a prominent character in his play, Henry IV.

The eldest son of Henry Percy, 1st Earl of Northumberland, Sir Henry Percy was knighted by king Edward III in 1377 along with future kings Richard II and Henry IV. He earned the nickname Hotspur from his Scottish enemies because of his diligence in patrolling the border between England and Scotland, and “[a]s a tribute to his speed in advance and readiness to attack“. In recognition of his military service in Scotland, as well as France, where he was sent in 1386, king Richard II made Hotspur a Knight of the Garter in 1388, and showered him with royal favors in the form of grants and appointments.

Despite Richard II’s largess, Hotspur and his father played a key role in helping Henry Bolingbrook, the future king Henry IV, to overthrow king Richard II in 1399 and replace him on the throne. Henry IV lavishly rewarded Hotspur and his father with titles, lands, and offices, but the Percys grew discontented with the new king after he failed to pay monies owed them for defending the border the Scotland, as well as other slights, real and imagined.

In 1403, the Percys rebelled and sought to depose Henry IV, with Hotspur raising an army in Cheshire while his father raised another in Northumberland. However, the king intercepted Hotspur near Shrewsbury before he could join forces with his father, and in the ensuing Battle of Shrewsbury, Hotspur was killed. King Henry was reported to have wept upon seeing Hotspur’s body, and he ordered it buried with honors. However, when rumors started circulating that Hotspur was still alive, the king put them to a rest by having his corpse exhumed and displayed at the Shrewsbury marketplace. He then had Hotspur’s head severed and displayed on a pike on York’s main city gate, while his body was quartered, with the pieces displayed around England.