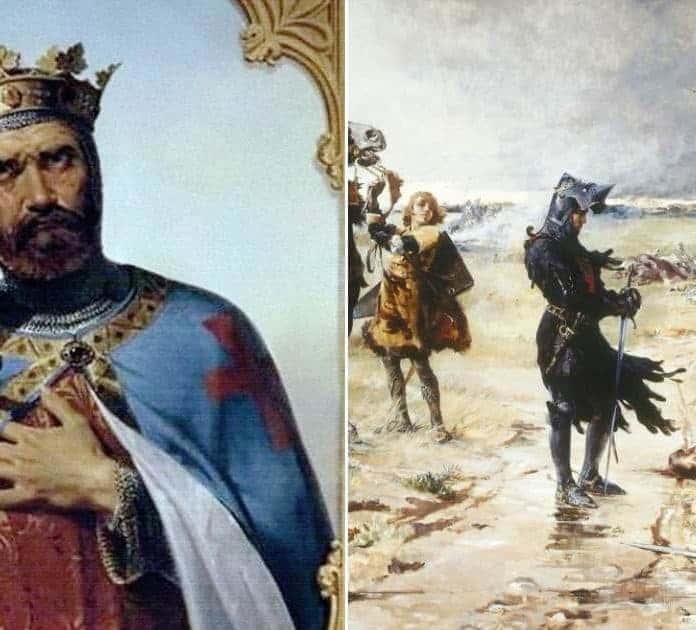 The Medieval era stretched from the fall of the Western Roman Empire in the 5th century AD to the dawn of the Renaissance in the 15th century. Colloquially referred to as the Dark Ages, it certainly had its dark patches of regression, such as population decline and counter-urbanisation, as cities shrank and the once teeming urban proletariat headed to the countryside to become peasants. Simultaneously, literacy declined and the once sophisticated intellectual scene of the Classical Greco-Roman era that produced the poetry of a Virgil or the prose of a Thucydides, Cicero, or Livy, was replaced by the blood curdling sagas of Vikings and the crude recitations of chroniclers. Not to mention the pestilences, such as the Black Death or bubonic plague carried by flea-bearing rats proliferating in the thatch-roofed hovels of the peasant and the filth-strewn streets of Medieval hamlets and towns.

However, the “Dark Ages” were not all dark, and the period did see significant progress in a variety of fields, such as metallurgy, that furnished Medieval artisans, farmers, and warriors, with improved tools and weapons that were significantly better, cheaper, and more readily available, than the best that had been enjoyed by the Greco-Romans at the height of their Classical civilization. Even more dramatic progress was made in agriculture, where the advances in metallurgy allowed the introduction of heavy plows. This opened heavier soils, particularly in central and northern Europe, to farming. The adoption of new field and crop rotations left less land fallow at any one time, increasing farm yield. And the invention and proliferation of the horse collar was revolutionary in its own right, allowing as it did the use of horses – faster, stronger, and consuming less fodder than oxen – to pull heavy plows, resulting in increased efficiency. The preceding led to a population recovery, rebound, and boom, during the Medieval era, centuries before the Renaissance.

And throughout, the period’s history was littered with exciting and fascinating figures – knights, rulers, warriors and warlords, men of the sword and men of the pen, who lived, maneuvered, fought and died, during an era as exciting as any in human history. Following are twelve of the most fascinating knights and famous figures of the Medieval era.

Robert Guiscard (1015 – 1085), widely known as the Wily or the Weasel, was a Norman knight who settled in southern Italy about 1047. After a series of adventures, he made himself Duke of Apulia in 1059, and transformed southern Italy into a Norman domain by extending his rule over Calabria, Naples, and Sicily, laying the foundations for the Kingdom of Sicily.

Guiscard was a descendant of Vikings who settled in northwest France, learned French, married the locals, and came to be known as Normans. In 911, the French made a face-saving agreement with their leader, Duke Rollo, whereby they recognized him as feudal lord of Normandy in exchange for the Normans’ conversion to Catholicism and protection of Paris from other Vikings.

In the early 11th century, some Norman knights passed through Italy en route to pilgrimage to Jerusalem. They found Italy agreeable, and stayed, finding employment as mercenaries for Italian lords who were impressed by the Norman lancers’ cavalry charges. Those Norman knights’ sons, of whom Robert Guiscard was one, eventually formed an independent army, and in 1047, Guiscard used them to make himself Duke of Apulia, and from there, he led an invasion of southern Italy in 1053, warring against the Pope.

The Pope was defeated and captured, and compelled to bless Guiscard as king of Calabria – the toe of the Italian boot. That angered the Byzantines, as Guiscard had designs on Bari, their naval base in Italy. A rift opened between Rome and Constantinople, which culminated in 1054 with the Pope excommunicating the entire Eastern Church – a schism between the Roman Catholic and Greek Orthodox churches that is ongoing to this day, all thanks to Guiscard.

In 1060, he sent his younger brother Roger to wrest Sicily from the Arabs. In the meantime, Guiscard seized Bari from the Byzantines, then took the war to Constantinople by invading Greece in 1081. He won a hard fought victory in which the Normans suffered heavy losses, and was forced to return to Italy to raise more men and supplies. He found the men, but had no money for supplies, so to raise the funds, he sacked Rome harder than it had been sacked since the barbarian invasions centuries earlier. His machinations finally came to an end when a sudden illness took him in 1085.

At some point, while roiling the Mediterranean world, Guiscard fell in love with a six foot Amazon named Sichelgaita, who went into battle, armed and armored at his side. So he divorced his wife, married Sichelgaita, and to please his new woman, disinherited his oldest son by his first wife, Bohemond. That compelled Bohemond to join the First Crusade in search of his own fortune, and set him on the road to adventures as grand and rollicking as those of his father.