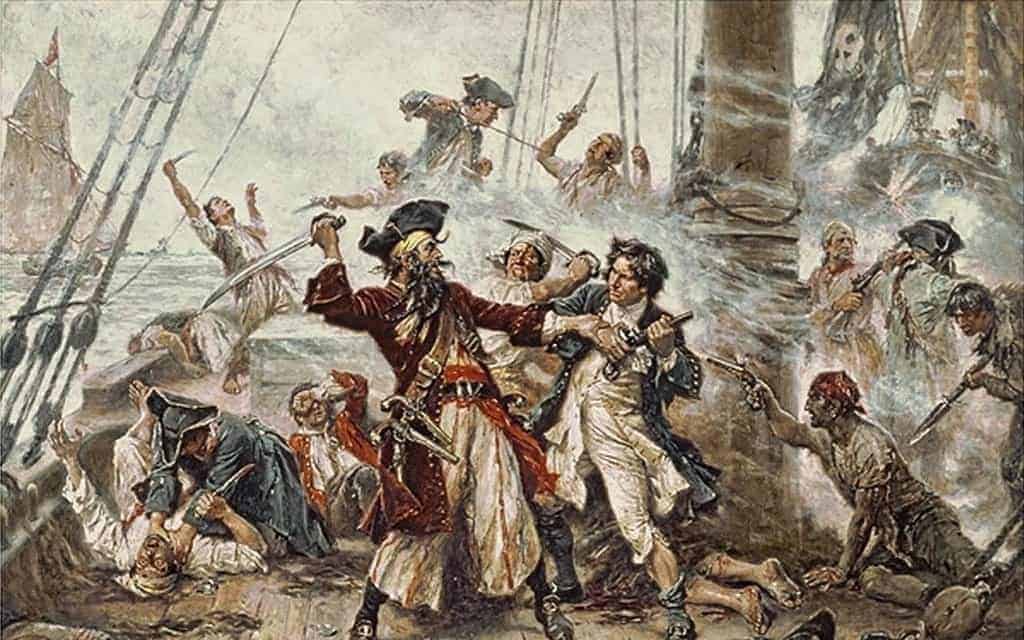 Pirates had galley ships, which were small and maneuverable, making them more able to take command of merchant ships. Most black pirates were formerly members of merchant ship crews or sailors of the British Royal Navy. Merchant ships often hired black sailors, so this was not unusual. They could pay them less, and they were more resistant to tropical diseases of the Caribbean. Most pirate ships had more men than weapons, so many crews on merchant ships were outnumbered.

When a pirate ship took control of a merchant ship, more often than not, the merchant crew would often voluntarily join the pirate crew. They were already knowledgeable about life on the sea, so many of them didn’t see much of a difference between being on a merchant ship or a pirate ship. Being on a pirate ship offered a very particular kind of freedom that sailors couldn’t find on merchant ships. The living conditions were so horrible that many sailors began to consider piracy to be the more viable option.

Pirates were famous for attacking slave vessels, and it became very expensive to transport slaves across the Atlantic Ocean. In making the slave trade a dangerous and costly endeavor, piracy prevented the growth of slavery in the New World. By the end of the Golden Age of Piracy in the early eighteenth century, most of the pirates in the Atlantic and the Caribbean were either captured or dead, giving the slave trade was given the boost that it needed. Slave vessels could cross from Africa to the New World without fear of harassment or theft by pirates. The rise in New World slavery directly correlates with the decline of piracy.

While pirates still operated in the years after the end of the Golden Age of Piracy, they had nowhere near the numbers or the influence they had before. What was the result? The slave trade was able to become a successful endeavor. There was an average increase of over 30,000-60,000 slaves transported to the New World over the course of the eighteenth century. The end of the influence of piracy helped create a world where slavery could grow and reach its height by the nineteenth century.