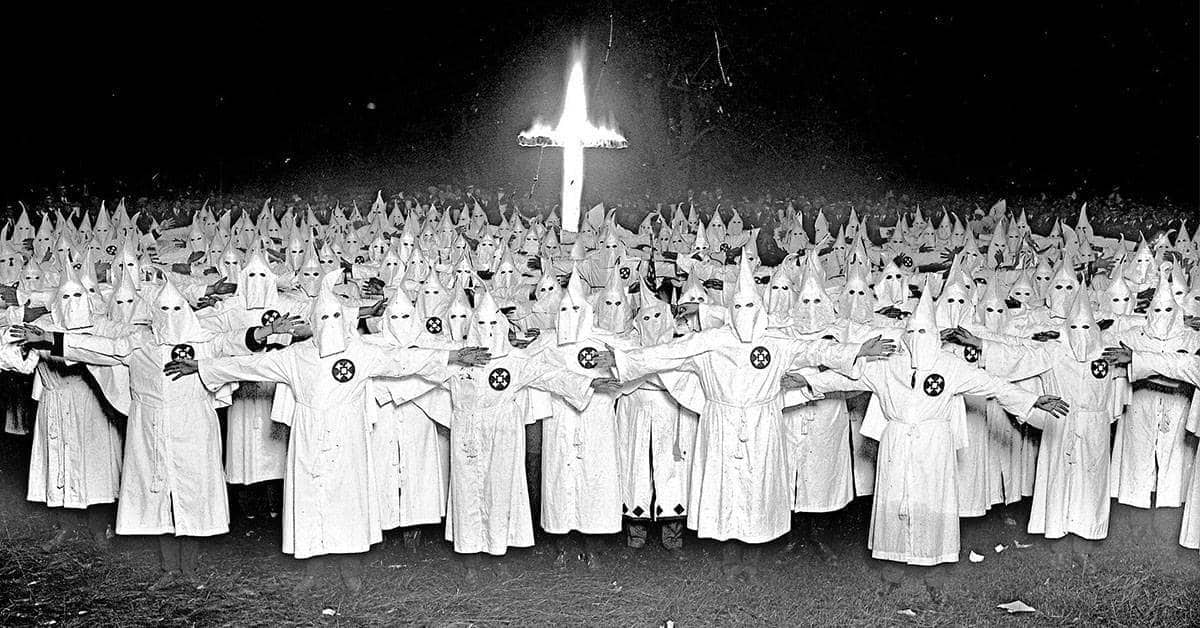 Wyatt Brady was a Missouri shoe salesman who relocated to the so-called Indian Territory after surviving a robbery attempt. The Indian Territory was the land occupied by the Creek sect of the Cherokee tribes who had resided there since the Trail of Tears during the Jackson Administration. While there, Brady married a Creek woman, becoming as a result an adopted tribal member, and a fighter for Creek rights against the Federal government in Washington DC.

He became one of the founders of the city of Tulsa, Oklahoma, and owned and operated the Brady Hotel, and was a popular employer with the reputation of hiring and promoting black, Native American, and white workers without evident prejudice.

When oil workers who were not becoming rich attempted to organize in 1917, a vigilante group calling themselves the Knights of Liberty (a local group connected to the KKK) attacked and tarred and feathered many of their leaders. Brady was identified as both the leader of the Knights of Liberty and the primary applier of tar. When the Klan decided that it was time to construct a meeting hall – called a Klavern – in Tulsa they created the Tulsa Benevolent Society and provided it with $200,000 to purchase land suitable for their use. The land was purchased from a parcel owned by Rachel Brady – Wyatt’s wife – and near by the Brady Hotel.

Brady freely admitted his Klan membership though he claimed to have resigned from the Klan when registering as a member of the Democratic Party. Several areas of Tulsa remain named for him, although Tulsa’s Brady Street no longer honors the town founder. Originally named for Brady, in 2013 it was re-dedicated to honor Civil War photographer Matthew Brady – who has no other connection with Tulsa or Oklahoma. The renaming was instigated by groups opposing Wyatt Brady’s membership in the Ku Klux Klan.

Bilbo was a twice-elected governor of Mississippi and a two-term US Senator who developed the reputation of being an unrepentant white supremacist, a segregationist, and a dedicated member of the Ku Klux Klan.

Bilbo was not averse to using the known prejudices of his constituents for political gain; while campaigning for Democrat Al Smith in the 1928 Presidential Election he helped spread (some say he originated) a rumor that the Republican candidate, Herbert Hoover, had maintained an illicit relationship with a black woman. The illicit nature of the relationship paled in immorality compared with the racial overtones – at least to those Democrats who had been reluctant to support the Catholic Smith. Soon the religious issues faded when considered against the Republican’s racial faux pas, in their estimation. Hoover won anyway, but not in Mississippi.

Throughout his career in politics, Bilbo was pro-white workers at the expense of all others. In 1938 he proposed a rider to a New Deal bill – which he strongly supported – which would have mandated the deportation of 12 million black workers to Liberia. Bilbo’s speeches were invariably racist, and he opposed throughout his career the idea of blacks being franchised with the vote.

Bilbo is also of historical not as being the first governor in the history of the United States to sign into law a state sales tax. On the Ku Klux Klan, Bilbo proudly admitted his membership and claimed that all members of the Klan were members for life. “No man can leave the Klan…Once a Ku Klux, always a Ku Klux,” he said. He also opposed anti-lynching bills in the late 1930s, saying in a floor speech in the Senate that passing one such bill would “…open the floodgates of hell in the South.” He warned that making lynching illegal would increase rapes, murders and other crimes including, ironically, lynching.

Robert Byrd was a Senator from West Virginia from 1959 -2010, making him the longest-serving member of that body in the history of the United States. By the latter years of his tenure in the Senate, his accumulated power and knowledge of that body were nearly immeasurable. Still, he suffered considerable political embarrassment over discussions in the press and other media regarding his membership in the Ku Klux Klan.

Byrd didn’t simply join the Klan. When no chapter was available for him to join, he actively recruited friends and friends of friends, pumping hands, explaining beliefs and tenets, cajoling, persuading, and calling in favors, to create a new chapter in Sophia, West Virginia. He was successful in bringing in 150 new members, who understandably elected him as their leading officer, with the title of Exalted Cyclops. Soon the Cyclops was in correspondence with noted Klansman Theodore Bilbo, explaining his opposition to a desegregated military and deploring “race mongrel(s)”.

Byrd promoted both the Klan and his position in it, not shy about addressing senior Klan leaders (Grand Wizards) with statements such as “…The Klan is needed today as never before, and I am anxious to see its rebirth…”. But when Byrd began planning his run for the House of Representatives his ardor for the Klan cooled.

He would later explain to voters that his interest was primarily along the lines of anti-communist activities. By the end of his career Byrd was openly lamenting ever being involved with the Klan, stating that “…intolerance had no place in America…”, a far cry from his statements decades earlier, when he referred to potential intermingling of races as “…a throwback to the blackest specimen from the wilds.”

No period goes behind the S in Truman’s name because it isn’t an initial. It’s simply a letter he placed there to burnish his image when first attempting to become a County Judge back in Missouri. Being a judge wasn’t like being a judge presiding over legal cases in a courtroom either. He was more of a commissioner, and he used his time as such to work long and hard at improving the roads in his district, the beginning of his lifelong love of roads and travel by automobile.

It was while running for this judgeship that the relatively unknown Truman was asked if he wanted to join the local chapter of the Ku Klux Klan. The individual who approached Truman was employed by his own benefactor – Tom Pendergast – and therefore to be trusted. He promised more votes, including the support of all fellow Klansmen in the district. Truman needed votes. He gave the envoy ten dollars for membership dues. Later he found out that the Klan was virulently anti-Catholic – particularly anti-Irish Catholic.

As a captain of artillery in World War I, Truman had commanded a battery which included several Irish-Catholics, many of whom he still drank and played poker with in the local Freemason’s Hall. Truman wasn’t about to tolerate prejudice against any of “his boys”. He summoned the messenger, renounced his membership, and demanded his ten dollars back.

That is the known extent of Harry Truman’s involvement with the Ku Klux Klan, a brief use of their influence to burnish his credentials, quickly disposed of, and never revisited. Truman is frequently denounced as a Klan member, and technically maybe he was despite never attending any meetings, being initiated, or swearing any oath. As President, he desegregated the military through the use of an Executive Order when a bickering Congress failed to act, enraging Southern Democrats but is still considered by many to have been a racist. His Klan membership is definitive proof. Maybe. Maybe not.

PBS – Grant, Reconstruction and the KKK

US News – KKK Groups Still Active in These States

News Channel 3 – Report Says KKK Groups Are Still Active, One Is in Michigan

PBS – Top 5 Questions About the KKK