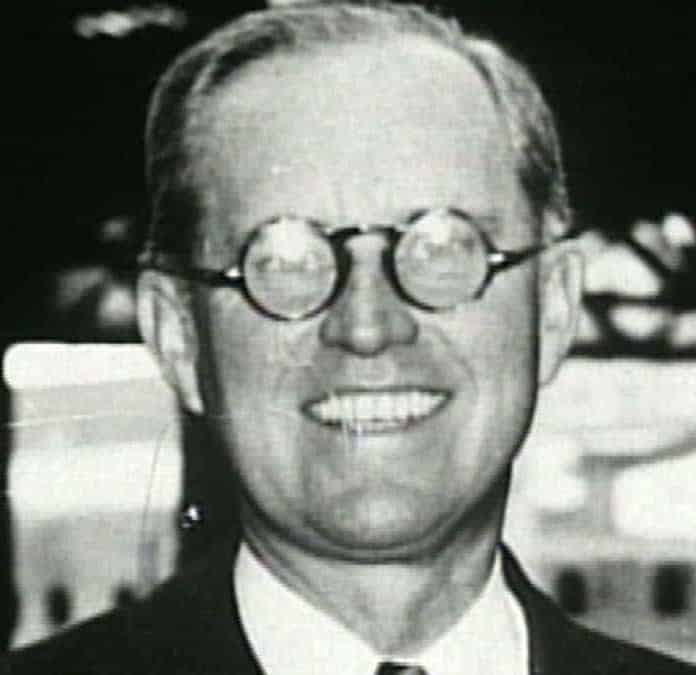 For most men, being the father of a United States president, and one of the most famous at that would mean a life spent in the background. However, Joseph Kennedy Sr. was not like most men. An exceedingly wealthy businessman, he was highly influential in the world of politics, and he unquestionably helped propel his children to the spotlight, by fair means or foul.

He was born in Boston, Massachusetts in 1889 into a political family. Kennedy became very rich through savvy investment on the stock market and in commodities. Then he got involved in real estate and set up numerous businesses across the country. In the United States, you need to be wealthy to make a dent in politics and Kennedy had plenty of money, and clout, so he also had considerable power.

Kennedy served as First Chairman of both the Securities and Exchange Commission and the Maritime Commission under Franklin D. Roosevelt. Then, he became U.S. Ambassador to the United Kingdom. Once his sons were old enough, Kennedy used his influence to help them establish a base. To achieve success on a personal level for and his family, Joseph Kennedy was prepared to do almost anything. In this article, I look at 10 awful things he either did or was accused of doing.

1 – He Was a Notorious Adulterer

John F. Kennedy later gained notoriety for his womanizing, but his father was every bit as promiscuous. Despite marrying Rose Fitzgerald in 1914, Joseph couldn’t help cavorting with other women. Often described as a ‘sex addict,’ Kennedy’s affair with Gloria Swanson was one of the most famous examples of stepping outside his marriage. His fling with the star of Sunset Boulevard lasted approximately two years, and they didn’t bother trying to hide it from Rose.

For Joseph, his dalliance with Swanson was a quest to have it all. He was keen to only exist in a world where he was able to create the rules. According to Doris Kearns Goodwin, it probably didn’t matter to Rose that her husband was an adulterer. Marriage seemingly satisfied her preference for sexual distance while she still retained the wealth, privilege and status that were afforded to members of the Kennedy clan.

In reality, it is likely that Rose not only knew about the Swanson affair but also had knowledge of most of Joseph’s infidelities. Her life had seemingly been filled with men just like her husband, and she sadly understood the need to ‘know her place.’ This meant that women who were cheated on had to suffer in silence and carry on. Swanson claimed that Rose never claimed knowledge of the affair, but this was just her stoic nature coming through.

Another nauseating example of Joseph’s womanizing came with his decade-long affair with his secretary, Janet Des Rosiers. He was around 60 at the time, and she was just 24 years old at the beginning of the affair. They flaunted their affair, and Rose found solace in the church and other pursuits. Joseph even shared at least one lady with JFK, details of which are on the next page. Amazing, Joseph still found time to have a total of nine children with Rose.