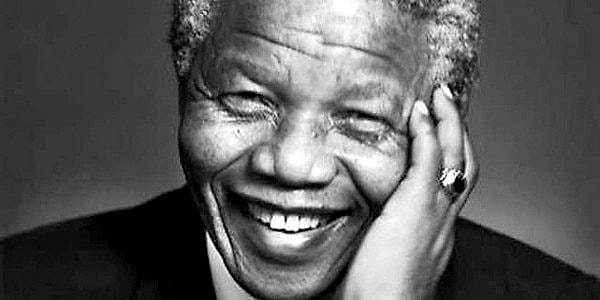 Nelson Mandela did not serve his entire term on Robben Island

The name ‘Robben Island’ and ‘Nelson Mandela’ are as synonymous as Honest Abe and Gettysburg, but in fact, Mandela spent eighteen years in total on Robben Island, before he was moved back to the mainland and incarcerated at the Pollsmoor Prison in suburban Cape Town.

Eighteen years, however, was a grim sentence, made even more grim by the early animosity with which he and his fellow political prisoners were regarded. Robben Island had, since the founding of the Cape Colony in 1652, been a destination for troublesome natives, and it was the place of exile of a great many black leaders who led rebellions and uprisings against white rule. The island is an austere tract of hard land rising a few feet out of the South Atlantic, with the lights of Cape Town tantalizingly visible to the north. By Mandela’s time, the complex had evolved into a formal prison, and under the bleakest conditions Mandela and his generation of political leaders languished.

For the period of the 1960s and the 1970s, Prisoner 46664 passed his days in these depressing circumstances, but in 1982, he was moved to Pollsmoor, which was a great deal more comfortable than Robben island. There were many reasons for this move, but mostly it had to do with the fact that he had become such a high profile figure, and his continued incarceration such a hot political potato, that it became inevitable that he would one day be released. One can suppose that authorities wanted to promote better relations with him before he became a political force, although there was no appetite at that point to immediately release him.

Change came in many forms. The collapse of the Soviet Union at the end of the 1980s certainly played a part, but besides that, it was dawning on a new generation of white and black South Africans that the current state of things could not endure forever. By the time that Mandela walked out of Victor Verster Prison to greet the world as a free man, a clear understanding of how the future would look had already been establish.

Having served as the figurehead for the South African anti-apartheid movement for over two decades, it would have been very difficult for Mandela to slip into a comfortable retirement and leave the business of negotiating an end to apartheid to someone else. He was seventy-two, and wise enough to realize that political agitation and political office were two widely separate concepts, and he was aware that practical political power could do nothing but harm his reputation. It was he who once said: ‘Power can be a tool or a weapon, but it can never be neither.‘

Negotiating the new South African constitution took several years, and it was not until 1994, after a brutal phase of political violence in South Africa, that the nation was ready for its first experience of universal adult suffrage. The name Mandela had by then achieved almost celestial proportions, and there was certainly no question of who would stand as the ANC presidential candidate, and even less of who would emerge as the victor.

Mandela handled his single term as President of the Republic of South Africa very cautiously, stepping onto the stage of a notoriously treacherous and difficult political theatre. One such difficulty that he faced was in his personal friendship with Colonel Gadhafi, who was by then an international pariah. Mandela made the simple point that Gadhafi had aided the South African struggle, so he was a friend of South Africa.

There were many other similar contradictions that challenged Mandela considerably, and at the expiry of his first term, he was more than willing to hand over power and exit stage left into retirement – his legacy intact, but his fingers burned a little bit nonetheless. If one was to comment on his brief administrative career, then it could perhaps be said that he coasted along on his reputation without doing a great deal. He left the political trenchwork to the succeeding generation of South African leadership, and the result has not always been pretty.

By the standard of African leadership, Nelson Mandela died a pauper

Upon his death, Forbes estimated that Nelson Mandela was worth $10 Million. That is probably an exaggeration. That compared to his nearest neighbor, however, King Mswati III of Swaziland, an impoverished kingdom of southern Africa, who is worth an estimated $100 million, is pennies. Jacob Zuma, the most recently ousted president of South Africa, boasts a net worth of $250 million, Uhuru Kenyatta of Kenya some $500 million, and the granddaddy of them all Jose Eduardo dos Santos of Angola, who sits on a personal fortune of over $20 billion.

Despite all of that, no one quite knows where Mandela’s modest little nest egg came from. In an article published by the UK Guardian in 2013, a correspondent put that question to the curator of the Nelson Mandela Foundation, and was surprised by the reply ‘I don’t know.’

And in fact, that might be true, since Mandela himself was notoriously air-headed when came to money and affairs of many, so it is probably that someone behind the scenes simply capitalized on the Mandela name. During the height of the anti-apartheid movement, for example, Winnie Mandela was accused of virtually franchising the Mandela name, which certainly would have spun significant revenue under any circumstances.

The bottom line, however, is that Nelson Mandela was as clean as a whistle. All of the other African presidents listed above are and were corrupt, of that there can be no doubt. Mandela, however, suffers from not one sniff of financial impropriety, which is, of course, central to his legacy.

, Mandela’s longtime friend and lawyer George Bizos remarked once: ‘If anyone suggests he’s a multi-millionaire, they’re wrong. He’s not a rich man. He has a couple of trusts for his children and grandchildren. His earnings are technically nil, other than the goodwill of people inside and outside South Africa who helped with the education of the children. He has always insisted that money donated should be used for building schools and hospitals.’

Nelson Mandela was behind the greatest game of rugby ever played

This particular episode of Mandela’s life was made famous by the movie Invictus, starring Matt Damon and Morgan Freeman, and so it is probably not altogether fair to add it to this list. However, it is one of the most poignant chapters of Mandela’s contribution to South Africa, and would be worth remembering.

South Africa, it hardly needs to be said, is a sports-loving country, and across the race divide, rugby attracts a fanatical following. It was a source of great sadness and frustration to the South African public that the republic was banned from international sport for most of the 1970s and 1980s, and upon independence, a source of great joy that the nation was welcomed back into the world sporting fraternity. The 1995 Rugby World Cup was staged in South Africa in celebration of that, although there was no expectation that South Africa would win this first major international competition of the post-apartheid era.

Mandela, however, saw it as a means of uniting the nation after the bruising handover of power, and he put all of his considerable moral weight behind building a viable South African team.

Despite the, a South African victory remained improbable, but against the odds, the Springboks, crept up the rankings, and on 24 June, they entered Ellis Park in Johannesburg to take on the might All Blacks in a momentous final.

The game was a nail-biter, and victory was clinched at the last minute by a drop goal fired by South African fly-half Joel Stransky. Written into the iconography of the South African Rainbow Nation are the images of Nelson Mandela, wearing a Springbok jersey, congratulating South African Captain François Pienaar as he held the cup aloft. This single action established Mandela’s place deep in the affections for white South Africa, something that many predicted could never happen.

“Who We Are.” The House of Mandela

“Nelson Mandela death: The women who loved him.” BBC, December 3013

“How rich is Nelson Mandela?” The Guardian. David Smith, April 3013