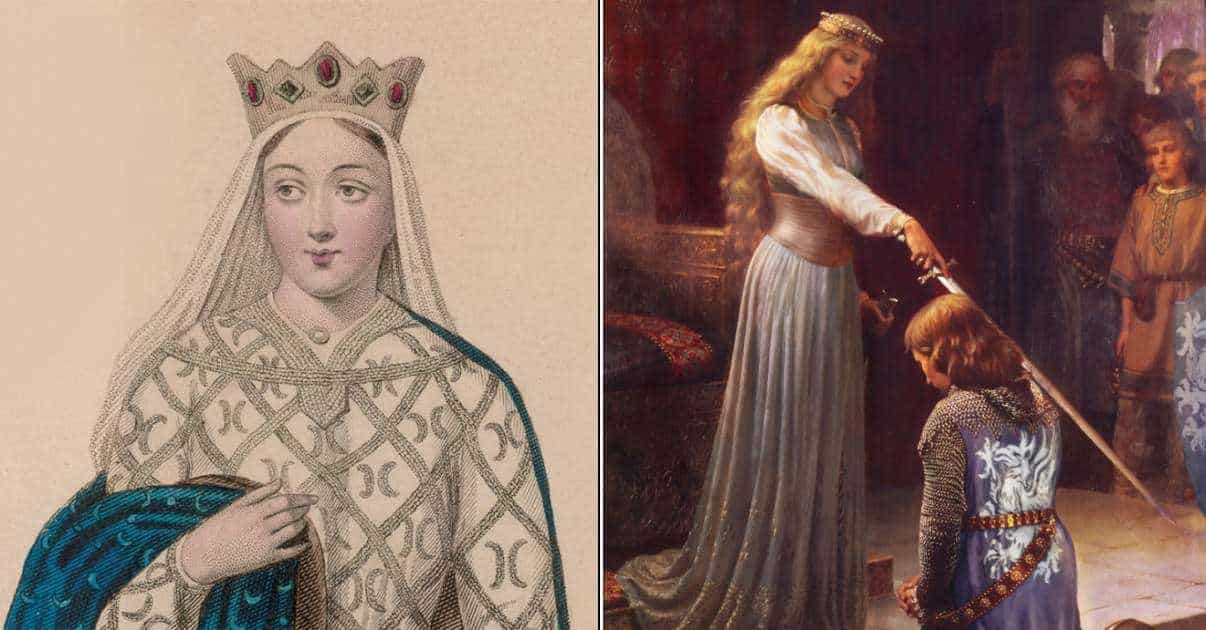 Her Grandson Tried to Kidnap Her

Many years after Eleanor supported her sons’ rebellion against their father, she helped stop one against her son John. The rival: her grandson! Richard the Lionheart had no children, so his crown should have passed to his younger brother Geoffrey, but he died before Richard did. According to the laws of succession, the throne should have passed to Geoffrey’s young son Arthur. However, in response to the tensions between Richard and his brother John, who tried to take power in Richard’s absence in the Crusades, Richard made John his heir instead as a peace offering. There may also be a more logical explanation in Richard’s choice of successor: Arthur was a young boy, and he was too young to be a king.

In 1201, Arthur was a teenager, but he collected support from the dukes of Maine, Anjou, and Tourraine for his bid for the English throne. Eleanor, sick, tired, and almost eighty years old, took one of Richard’s most loyal lieutenants, Mercadier, and attacked Angers, Anjou, forcing Arthur to flee. Eleanor ordered that her soldiers sack the city and the surrounding areas as a lesson to those who would deny their king. She was staying in Mirebeau Castle in Poiters when Arthur and Hugh de Lusignan attacked it to kidnap her.

When John heard that Arthur had attacked his mother, the boy duke’s own grandmother, the king and his forces moved south, stopped the siege, and took Arthur prisoner. Originally imprisoned in Chateau de Falaise in Normandy, and guarded by a man named Hubert de Burgh, Arthur was soon moved to Rouen Castle. There is no record of Arthur after 1203, so it is presumed that he either died or John had him murdered.

After the excitement of being the center of a rebellion between her son and her grandson, Eleanor’s fast-jetting lifestyle had begun to catch up with her. She retired to live out the rest of her days in seclusion at Fontevraud Abbey, which had deep connections to Henry II’s family. Eleanor died soon afterward, the end of a life truly lived. She was buried next to her husband and her son Richard; in what may or may not have been a final act of defiance, she ordered that her tomb effigy be built a few inches higher than her second husband’s. When she died, only two of her ten children were still alive.