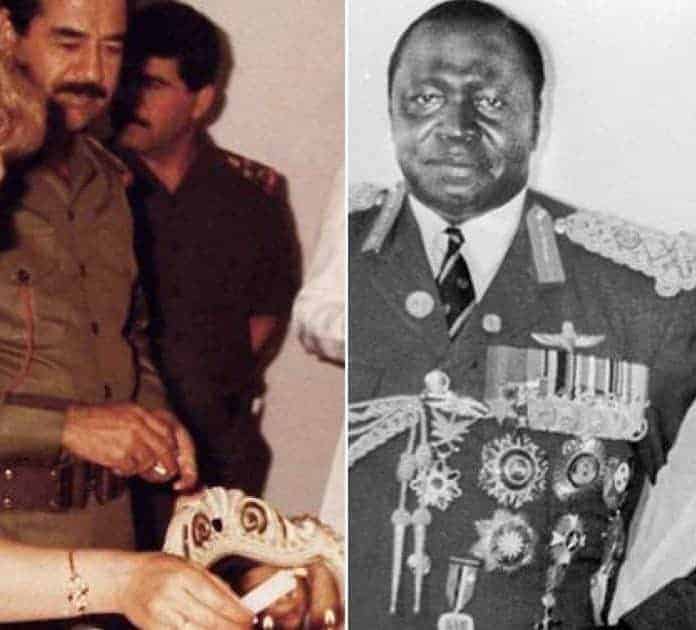 Legend has it that “nice guys finish last”. Despite repetitive attempts to assure men otherwise, it seems that even history’s most evil men have found love. The extent to which their wives knew of their crimes is debatable but, one thing’s for sure: these women like bad boys.  Their prior careers, however, are often very far from the criminal association they came to gain later in life. Heinrich Himmler’s wife, Margarete Himmler, was formerly a nurse, while Saddam Hussein’s final wife, Sajida Talfah spent the start of her life as a primary school teacher, and Idi Amin’s fifth(!!) wife, Sarah Kyolaba, met Idi while working as a go-go dancer.

How do you meet a criminal, a dictator, or an all-around bad boy? Well, wouldn’t you like to know! And what happens to you when your explosive relationship comes to end? Well, spoiler alert: three of these ten women commit suicide, two were killed, two are still alive, one died from cancer, another from a long battle with mental illness, and the final women died simply of old age. How many names do you recognize? Can you tell who their husband is without reading the article? Read on to learn more about these fascinating women.