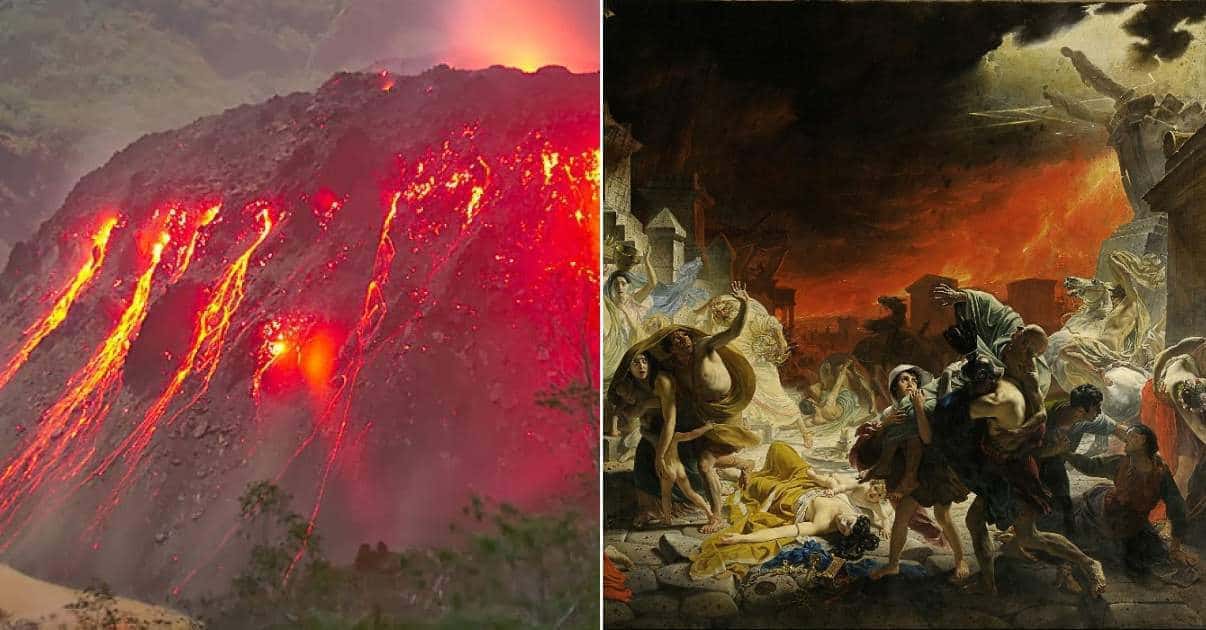 Mount Kelud Erupted Over 30 Times in the Past Millennium

Mount Kelud is one of the most active volcanoes on the island of Java, in today’s Indonesia. In the past millennium, it erupted more than 30 times. In just the 20th century, it went off four times, and its latest eruption occurred as recently as 2014. Throughout most of its history, Kelud had a massive crater, which filled with rainwater to form a beautiful lake. The lake was an attractive vacation destination, but during eruptions, the lake’s waters frequently led to devastating mud flows, or lahars. In 2007, seeping lava piled into a big mound at the center of the crater, which displaced most of the lake’s water.

Kelud’s volcano is one of the most dangerous, not only in Java, but in the entire world. Not because of massive eruptions – Kelud’s explosions are not as energetic as some historically powerful eruptions, such as Tambora or Krakatoa – but because of how often it goes off. The danger of Kelud’s frequent eruptions is made even worse by its tendency to produce deadly mud flows, because of the presence of massive amounts of water in the volcano’s crater. In 1586, an eruption emptied Kelud’s crater lake, resulting in devastating lahars, or mud flows. By the time things quieted down, about 10,000 people had been killed by the eruption and the ensuing lahars.

Mount Kelud behaved itself without major eruptions and significant devastation for over three centuries, during which the volcano’s crater refilled with water and turned into a crater lake. That period of relative peace ended on May 19th, 1919, when Kelud exploded yet once again, in another devastating eruption. An estimated 38 million cubic meters of boiling water and steam blew up from Kelud’s crater lake, and caused massive flows of hot mud, or lahars. The mud flow travelled for about 30 miles, destroying about 100 villages in its path. By the time it stopped, an estimated 5100 people had been killed.

The colonial government of the Dutch East Indies responded by creating a volcanological authorities to study and warn about future eruptions. It also launched an ambitious engineering project to avert future devastation. The authorities created a drainage system for Mount Kelud’s crater lake, to manage the hazards and potential future mud flows, in case of another eruption. Drainage tunnels were dug, which reduced the crater lake’s water level by about 150 feet, and they proved highly effective. The next time Mount Kelud erupted, which happened in 1951, there was too little water in the crater lake to form massive flood flows, and thus another major Mount Kelud disaster was averted.

The drainage tunnels were destroyed in that 1951 eruption, however, and were not immediately rebuilt. When Kelud erupted again, in 1966, the crater lake had refilled, and contained over 50 million cubic meters of water. In the resultant lahars, over 200 people were killed by the mud flows. The Indonesian authorities responded by digging a new, and deeper tunnel, which reduced the crater lake’s volume to only 1 million cubic meters of water.