10 Heroes Screwed Over by Their Ungrateful Countries

10 Heroes Screwed Over by Their Ungrateful Countries 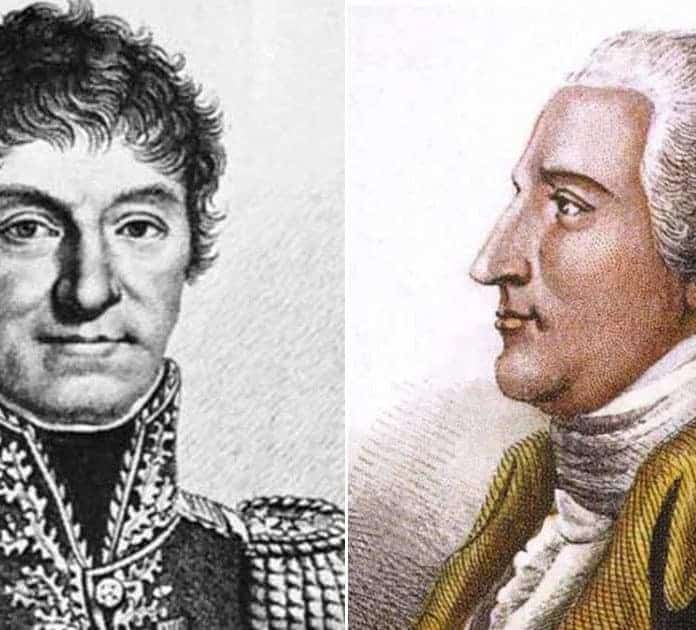 Why do bad things happen to good people? It is an existential question over which philosophers and theologians have agonized for thousands of years. The simplest answer might be the trite but true retort that life is often unfair. Nowhere is that unfairness more true than in the context of heroes who go above and beyond to capably serve their countries, only to end up getting screwed over by their ingrate countrymen for their troubles. No thanks from an ungrateful nation, if you would.

Throughout history, many heroes have been lavishly praised and handsomely rewarded for their deeds of valor and derring do. They are not the subject of this article. Many more heroes received neither praise nor reward, and had to content themselves instead with the knowledge and inner satisfaction of duty done well. They are not the ones this article is about, either. Then you have that subcategory of heroes who went above and beyond, sometimes saving their countries from defeat or outright annihilation. Unlike other heroes, they were not praised and rewarded, nor even ignored and consigned to oblivion. Instead, these unfortunate few ended up getting royally screwed by those for whom they risked their lives. Why? Because, to iterate, life is unfair, and no good deed goes unpunished.

Following are ten heroes who were screwed over by the countries for which they fought, sacrificed, and bled.

Ancient Athens was notorious for screwing over her heroes, and Miltiades (550 – 489 BC) was one of the earliest examples. Miltiades was a general best known for his victory at the Battle of Marathon in 490 BC, a decade before the events of the movie 300. Marathon was an upset victory against a numerically superior force, which saved Athens from Persian conquest.

Miltiades was born into a wealthy aristocratic family, which owned a private kingdom in the Chersonese (today’s Gallipoli Peninsula), which Miltiades inherited in 516 BC. When Darius I of Persia invaded the Chersonese in 513 BC, Miltiades surrendered and became a Persian vassal. In 499 BC, the Ionian Greeks of Asia Minor revolted against Persian rule. Miltiades  marched against the rebels, but secretly supported their cause and helped funnel them aid from Athens.

Athens sent an expeditionary force which joined the rebels in marching to the Persian governor’s seat in Sardis, putting it to the torch. The Persians eventually crushed the revolt in 495 BC, and discovered Miltiades’ betrayal. He was forced to flee to Athens, where he was elected one of its ten generals. The Persians determined to punish Athens for aiding the Ionians, and sent a punitive expedition which landed on the plain of Marathon north of Athens, in 490 BC. The Athenians marched out with a force of about 10,000 hoplites – armored heavy infantry – with no cavalry or archers. They faced a Persian force of at least 25,000 infantry, plus thousands of archers and 1000 cavalry.

The Athenians, who had ten generals and a rotating command system by which each general held command for a day, wavered. For over a week, they simply watched the Persians from heights overlooking Marathon, until Miltiades’ turn to take command. He convinced a closely divided war council to give battle. Descending from the heights, Miltiades assembled the army with reinforced flanks and a weakened center, and advanced. Once they got within Persian archery range, Miltiades ordered his men to charge at a full run.

They rapidly closed the distance, and smashed into the more lightly armed Persians. The Athenians’ reinforced flanks pushed back their opposition, then wheeled inwards to attack the Persian center, which panicked, broke, and fled in a rout to the safety of their beached ships. It was a stunning victory, with the Athenians and their allies losing about 200 dead to the Persians’ 6400.

Miltiades returned to Athens in glory, but it would not last. The following year, he led a strong expedition against some Greek islands that had supported the Persians, but bungled it badly, and suffered a severe leg wound. His defeat seemed so absurd to Athenians, that they figured only deliberate treachery could explain it. His fellow citizens, whom he had so recently saved, put him on trial for treason. He was convicted and sentenced to death, but the sentence was commuted to a heavy fine. He was sent to prison, where he died when his leg wound became infected.