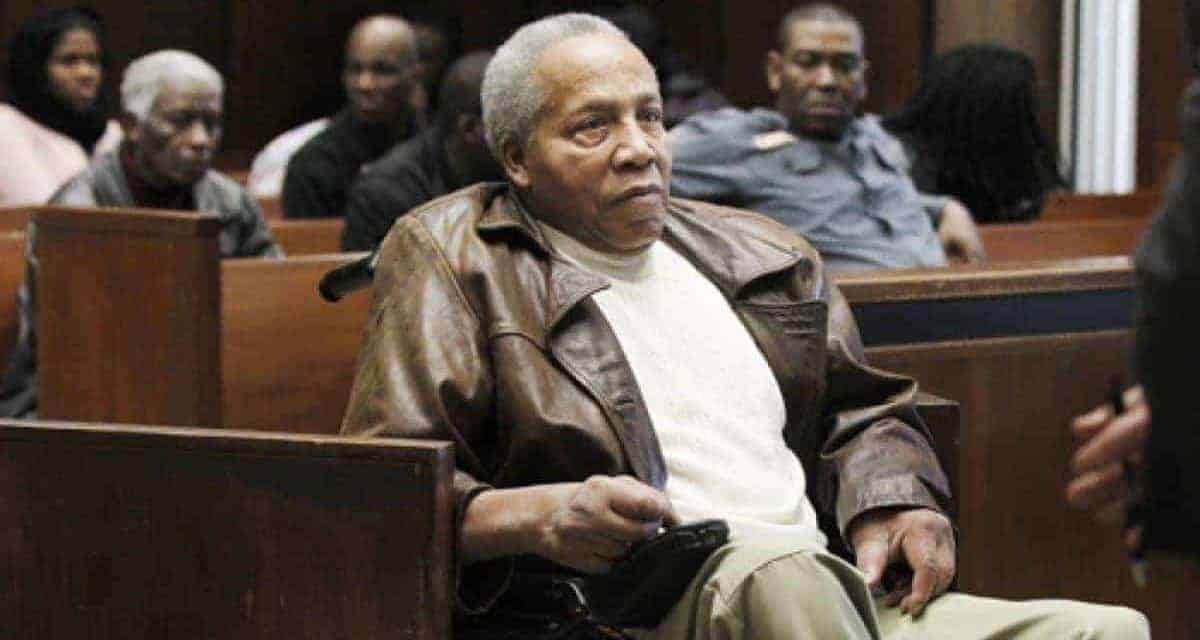 En route to establishing “The Council” was “The National Crime Syndicate”, an umbrella group for all organized crime in the US, whose ranks included the country’s major black crime bosses. The Syndicate was the brainchild of Johnny Torrio, (1882 – 1957), who is best known as the founder of the Chicago Outfit – the criminal empire inherited and made infamous by his successor, Al Capone.

Torrio was a visionary. When Prohibition began, he saw the opportunity for fabulous riches in making alcohol and selling it at a steep markup, now that it was illegal. So he came up with the idea of buying breweries, now closed and on the market for pennies on the dollar. He would operate them illegally to supply the thousands of speakeasies, brothels, and nightclubs in Chicago and the surrounding region.

However, his boss, Big Jim Colosimo, rejected the idea on grounds it would drag him into unwanted confrontations with other criminal outfits, all of whom wanted a piece of the illegal alcohol business. The potential profits were too big, however, so Torrio, with the assistance of his protege, Al Capone, bought the breweries without telling their boss. When Colosimo started getting suspicious, Torrio had him killed, took over his empire, and created The Chicago Outfit.

Turf wars with Irish-American gangsters got Torrio ambushed outside his apartment with a fusillade of gunfire, in which he took bullets to the jaw, lung, abdomen, groin, and legs. He was spared from a finishing shot to the head by the killer’s gun jamming. The near death experience convinced Torrio to get out while he still could, and in 1925 he handed the reins to Capone and retired. The retirement did not last long, and by 1928, Torrio was back in the game as a mob consultant and respected emeritus figure.

In 1929, he set up the National Crime Syndicate – a loose confederation of several ethnic organizations. It consisted mainly of the American mafia and the Jewish mob, plus African American crime bosses such as Bumpy Johnson, and Irish-American outfits, among a total of 14 different organization. It functioned until the 1960s, and it was one of the templates, alongside The Commission, that was used to model the black mafia’s “Council” in the 1970s.

The Black Mafia Modeled Itself After the Italian Mob’s ‘Commission’

An even greater influence upon the black mafia than The National Crime Syndicate was that of the Italian mafia’s governing body, “The Commission”. When Nicky Barnes set up The Council in 1972 to coordinate the activities of the black mafia and arbitrate disputes between its members, he consciously modeled it after The Commission.

The Commission had been created by Lucky Luciano after he engineered the 1931 murders of Joe Masseria and Salvatore Maranzano, rival mob bosses whose struggle to dominate the Italian-America mob led to a disastrous gang war. Luciano set out to end the old Sicilian mafia structure, headed by a capo di tutti capi, or Boss of All Bosses, and replace it with rule by consensus of the new crime families. So he abolished the Boss of All Bosses position, and established a committee known as the Commission, that acted as a de facto board of directors for the mob. It regulated the mafia’s affairs, settled disputes, and averted ruinous gang wars between rival crime families.

As set up by Luciano, the Commission consisted of the five NYC crime families, the Buffalo family, and the Chicago Outfit. Over the years, membership changed as crime families’ fortunes waxed and waned, but the basic concept of a committee of America’s most powerful mob families was unchanged. Today, it consists of the five NYC families, the Chicago Outfit, and the Philadelphia family.

The Commission did not prevent all gang wars, but it lessened their frequency and intensity by making crime families think hard before going to war: an aggressor family could find itself at war with the Commission and all its firepower. That gave all families a strong incentive to negotiate. When wars did erupt, the Commission often ended them by murdering the offending leaders.

1985 was the last time all the met at the Commission meeting. The federal government finally started pursing the mafia aggressively in the 1980s, zealously investigating its activities and successfully prosecuting its leaders. With the authorities breathing down their necks, and the ever present risk of FBI bugs, in person meetings between bosses became too risky. From then on, the Commission worked through cutouts.

Drawing on the models of The National Crime Syndicate and the Italian mob’s Commission, Nicky Barnes in 1972 established The Council, an African-American organized crime syndicate. Comprised of 7 black crime bosses who agreed not to infringe on each other’s territories, The Council pooled its members’ money to buy bulk heroin at lower wholesale prices. The syndicate controlled the Harlem heroin trade, arbitrated criminal disputes, and addressed drug related matters. It remained active for over a decade, from 1972 until 1983.

Until the 1960s, black organized crime had revolved around relatively tame stuff such as gambling dens and bookmaking, protection rackets, brothels and prostitution, fencing stolen goods, extortion, fraud, and soft drugs such as marijuana. Things rapidly changed in the late 1960s, when many soldiers returning from Vietnam brought with them a taste for a hitherto relatively niche drug: heroin.

Heroin quickly spread from Vietnam vets to civilians, and by the end of the 1960s, America had an epidemic on its hands. The number of heroin addicts skyrocketed from about 100,000 in 1959, to over a million by 1969, over half of them in the NYC area. The profits from heroin, and to a lesser extent cocaine, were astronomical, generating quick riches for criminals on a scale not seen since the days of Prohibition. However, the high rewards for trafficking in the increasingly popular hard drugs were matched by high risks. Not just from law from law enforcement, but from other drug traffickers.

The Council worked closely with New York’s Lucchese Italian crime family, which supplied the syndicate with raw heroin. Nicky Barnes and his colleagues then diluted, cut, packaged, and sold it on the streets. In due course, The Council’s operations extended beyond Harlem, and they began distributing their product throughout New York State, New Jersey, Pennsylvania, north into Canada, and as far west as Arizona.

The Council was eventually taken down, in large part by its founder, Nicky Barnes. After he was sentenced to life in prison in 1978, Barnes grew bitter upon learning that his Council colleagues had violated their vows, repeated at every Council meeting, to never break their “oath of brotherhood”. Not only had Barnes’ Council brothers stopped paying his lawyers and mismanaged his assets, but as he discovered, one of them was sleeping with his wife. He got his payback by turning informant and turning on his erstwhile Council colleagues. His testimony led to the dissolution of The Council, and the conviction and sentencing of its members to terms ranging from 35 years to life without parole.

There was a time when many anticipated that the black mafia would succeed the Italian one, and dominate American organized crime. It seemed like a plausible, or even probable prediction at the time. As things turned out, however, nothing of the sort happened. Instead, by the late 1970s and early 1980s, the black mafia had, to all intents and purposes, vanished.

By the late 1970s, the traditional props upon which black organized crime had rested for decades were getting knocked out, one after the other. The illegal numbers rackets were losing in popularity and market share to the state lotteries, whose huge payouts were more tantalizing to casual bettors than the street numbers. Brothels, another mainstay of black organized crime, were getting shuttered by increased community policing, putting a dent into prostitution’s profits. Protection rackets suffered when big department stores and corporate franchises, largely impervious to extortion, displaced the mom and pop businesses whose owners were much easier to shake down. By 1980, all that was left to black organized criminals was drugs, and as seen in the next entry, that was bad news for them.

Even as other ethnic players from Asia, South America, and Russia were appearing on the scene, the feds were winning convictions against major black crime bosses, and taking them down one by one. Unlike the Italian mafia, which worked City Hall and bought enough judges and politicians to fend off law enforcement until the 1980s, black organized crime lacked such insider connections. Part of it was a failure to make serious efforts to suborn the system, unlike the Italians who invested heavily in bribing officials. But part of it was that most dirty officials would not have taken their money anyhow: racism extended even to bribery.

As seen in the previous entry, outside factors were sufficient in of themselves to doom the black mafia. However, black organized crime did not help itself with internal flaws that would have doomed any similar enterprise. Perhaps the biggest factor that did in the black mafia was that it was built on a flawed business model, that was doomed to failure: drugs. Large scale drug operations are guaranteed to attract the attention of the feds, and the attention of the feds and the assets at their disposal, from FBI to DEA to RICO, is very bad news for criminal enterprises. Also, the flamboyance of some black mafia figures, such as Nicky Barnes who sat down for an interview with the NY Times Magazine, guaranteed extra attention from law enforcement, state and federal.

The Colombian cartels could get away with it, at least for a while in the 1980s and 1990s, because they were headquartered in a foreign country. Like the Mexican cartels today, that put them beyond the immediate reach of the feds, who had to jump through foreign bureaucratic and diplomatic hoops to get at them. That cushion or separation from the immediate reach of the massive resources available to the feds is what allowed those cartels to survive and thrive.

The black mafia anticipated the Latin American large drug enterprises, but had the misfortune of being headquartered in US soil. That meant that their operations, and all levels of their enterprises, from street level dealers all the way up the chain to the highest black crime bosses, were readily accessible to the feds. Moreover, unlike the Latin Americans or Italians, black drug traffickers never controlled the wholesale end, but were limited instead to distribution. Distribution is always the most vulnerable and legally exposed part of the drug trade. Once the feds targeted them, taking down black mafia operations was as simple as flipping street level drug dealers, working up the chain to ever bigger fish, and using RICO to roll up the entire enterprise.

Additionally, the absence of a regimented criminal culture built over generations, of the type that made the early Italian mafia a tough nut to crack, helped doom the black mafia. It lacked both a solid organizational structure, and a long term plan. Instead, the criminal enterprises constituting the black mafia seem to have simply lived in and operated in the moment, in an ad hoc manner. The black mafia did not have a criminal visionary, such as Lucky Luciano who created a structure that brought America’s Italian crime families into a single organization.

Most importantly, the “black mafia” might have been more theoretical than an actual coherent enterprise. The various criminal enterprises and crime lords that were collectively described as a black mafia often cooperated, but just as often were at loggerheads. Quite frequently, their connections were nominal and ad hoc, and their alliances were temporary. Thus, other than in the imagination of contemporary criminologists, the various criminal enterprises making up the black mafia were never integrated into a single organized criminal entity.

Black Then – The Dossier: The Council

Mob Museum, The – Did Frank Matthews Get Away With It?

National Crime Syndicate – What Was The Commission?