10 Facts, Events, and People of the Underground Railroad 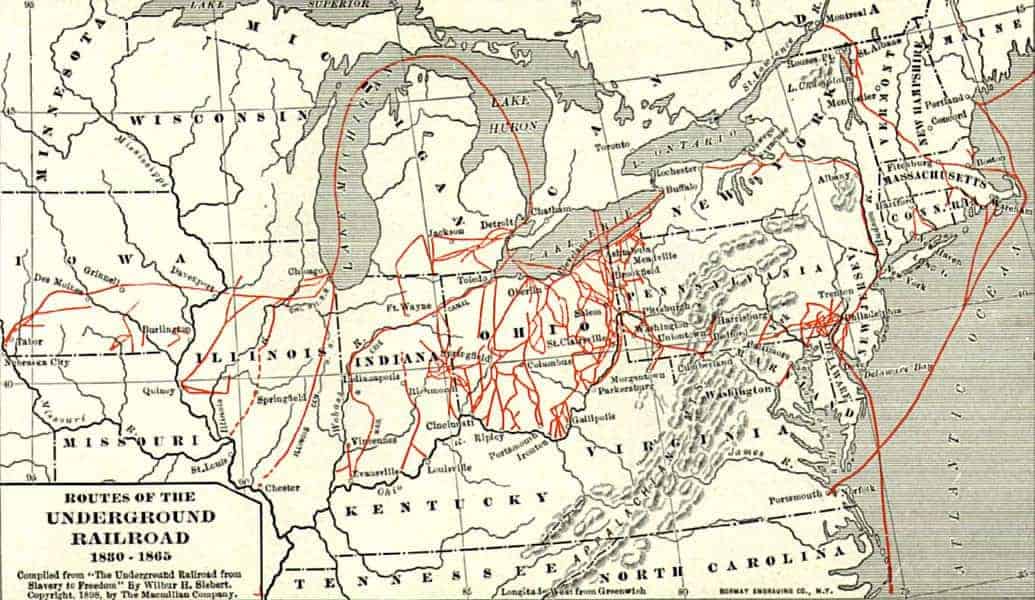 10 Facts, Events, and People of the Underground Railroad

In the larger northern cities and in the cities of the west, vigilance committees were established to assist the efforts of the Underground Railroad by raising funds for operation, and to help the escaped slaves to settle once safely in the free states. After the passing of the Fugitive Slave Law of 1850, the focus of many of the committees shifted to efforts to thwart the slave catchers demanding cooperation from the authorities of the North. The vigilance committees also served to create public awareness of the kidnapping of free blacks and their shipment to slavery in the south. Under the Fugitive Slave Law, a recaptured slave was not entitled to a legal hearing before being returned to his owner, and kidnapped free blacks had little opportunity to plea their case in court.

In Boston, the vigilance committee was founded in 1841 by Charles Torrey, in part to raise funds for his planned activities in Washington DC later that year. Even before the Fugitive Slave Law federal law was that local authorities and all citizens should help those who were seeking to recovery property. The Boston committee announced its intention to assist in the escape of slaves seeking freedom in the North, thus its own charter made it in violation of the existing law. In 1850, in response to the Fugitive Slave Law, it was reorganized and a new charter was created which made it more difficult for federal authorities to arrest its members, were they so inclined.

Unlike most vigilance committees, which operated more or less in secret and avoided documenting their activities, Boston’s kept detailed records of its financial receipts and disbursements. From these records it is possible to build a record of the activities of several station managers and conductors of the Underground Railroad. Citizens of Boston and its surrounding communities that sheltered escaping slaves were reimbursed for their expenses. So were those citizens who kept their eyes on known slave catchers and federal marshals as they moved about Boston’s streets. The financial records of illegal activities were kept hidden by the treasurers over the years.

In 1850 two slave catchers went to Boston to execute warrants on escaped slaves who were living there openly. After the vigilance committee spirited the former slaves to safe locations outside of the city they organized a campaign to harass the slave catchers. Vigilance committee members had posters describing the slave catchers’ physical appearance and their many undesirable activities posted throughout the city. Warrants were sworn out against the men and they were arrested on a variety of charges only to post bond and promptly be arrested again on another charge.

The work of the vigilance committee did not escape the notice of federal authorities and more than one member was arrested over the years, in Boston and in other cities. The vigilance committees were clearly breaking federal law when acting to free recaptured slaves while in custody awaiting return to their owners and when inciting mob violence against both civilian slave catchers and federal marshals and other officers. After 1850 the laws were clearly on the side of the slave owners, upheld by the Supreme Court. The abolitionists and their supporters entered the final and most dangerous decade of the Underground Railroad, which ended with America at war with itself.

“The Underground Railroad”, by the National Geographic Society, online

“Station Master of the Underground Railroad, the Life and Letters of Thomas Garrett”, by James A. McCowan, 2005

“Beyond the River: The Untold Story of the Heroes of the Underground Railroad”, by Ann Hagedorn, 2002

“On the road to Harriet Tubman”, by Catherine Clinton, American Heritage Magazine, June/July 2004

“Fugitive Slaves and the Underground Railroad in the Kentucky Borderland”, by J. Blaine Hudson, 2002