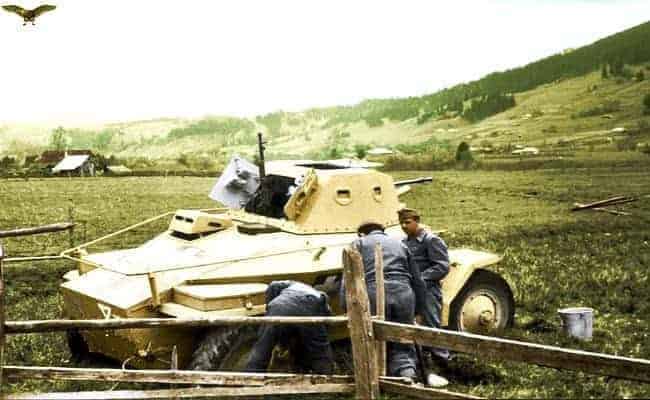 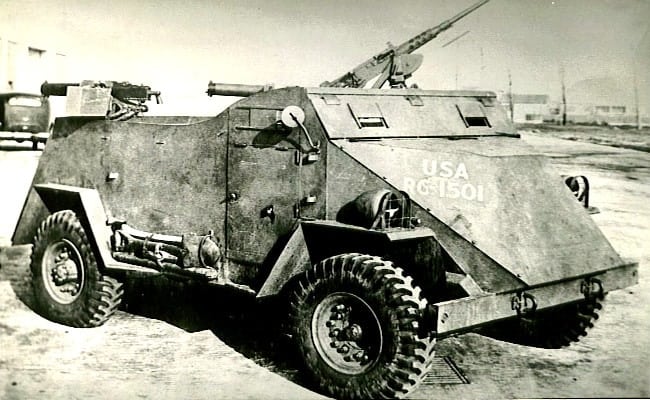 Ford Australia manufactured the Scout Car S1 upon the request of the United States Army Air Force [USAAF]. It was to be used in 1942 by the US Army during WWII. The Scout Car S1 was a light armored car used for airfield patrolling and defense. Only 40 units of these cars were ever made. Each unit featured a .50 cal. machine gun, two .30-inch machine guns on its skate rails and could carry up to 5 crew members.

With its open-topped armored hull similar to that of the M3 Scout Car, the Scout Car S1 was based on a Ford of Canada CMP F15A 4×4 and 4×2 chassis, onto which was bolted an armored superstructure 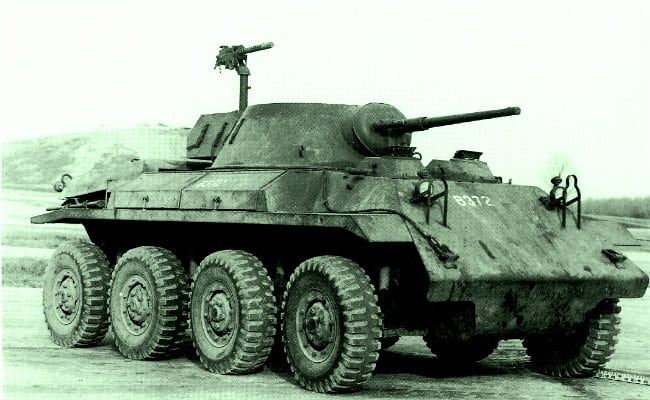 T27 was an enormous eight-wheeled armored tank developed in 1944 by the Studebaker Corporation for the US Army. Its production did not, however, go past the prototype. It was canceled in the favor of a competing design by Chevrolet.

Intended to replace the M8 Greyhound, the T27 Armored Car was armed with two .30 caliber machine guns and a 37 mm cannon and wad also powered by a Cadillac gasoline eight-cylinder engine. It could accommodate a crew of four.

After its completion in late 1943, this prototype armored car developed for the US Army was taken to the Aberdeen Proving Grounds in 1944 for testing against the T28 Armored Car. T28 was found out to be more mobile than the T27. However, they both proved their superiority to the mobility of the M8. 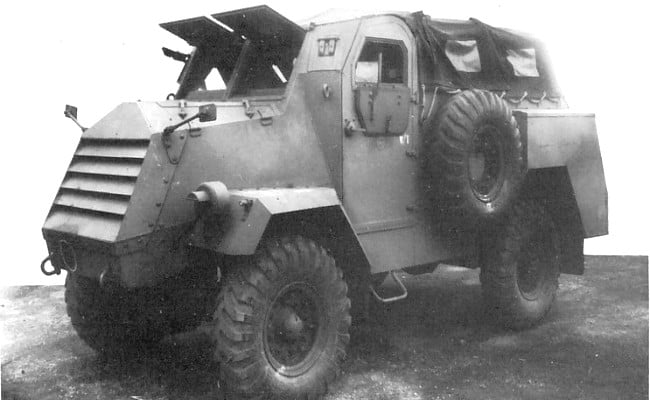 General Motors Canada built this armored vehicle based on the Otter design. It was intended to be used for ferrying loads during WWII. It was used further after the war by countries such as Denmark, Belgium, Norway, the Netherlands, the French, Spain, Portugal, the Federation of Malaya and South Africa.

With a six-cylinder GMC engine that could propel it at a speed of up to 65 km/h, the C15TA performed exceptionally well in its assigned function. Also, this comparatively huge truck had a leaf spring suspension system and armor thickness ranging from 6 mm-14mm.

The C15TA eventually replaced the American half-tracks and White Scout Cars in Canadian service. Sources reveal that a total of 3,961 C15TA were produced, with most being sent overseas. During the war, they were mostly used as armored personnel carrier and ambulance