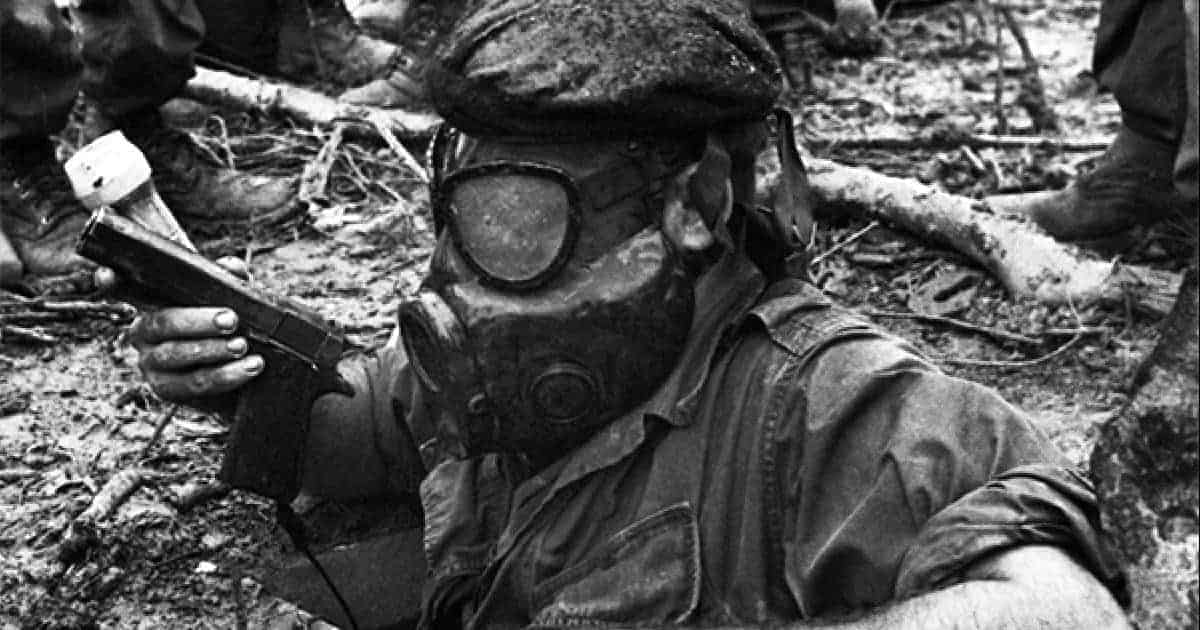 Already well-adapted to subterranean life, many insects and animals of the Vietnamese jungle found the underground tunnels to be a worthy living environment. Huge bees, gigantic rats, centipedes, spiders, snakes, bats, and fire ants (to name a few) plagued these tunnels. One tunnel rat claimed that the booby traps and Viet Cong did not frighten them as much as encountering the local ants. I quote “the half-inch ants have such a powerful bite that to pull them off means losing a bit of skin”.

The Viet Cong used this to their advantage to scare, and even kill, American soldiers. Talking of booby traps, Lt. Jack Flowers recalls how the Viet Cong used tripwires to release boxes of scorpions into the tiny confines of the tunnels. One of his men got stung and came out screaming, refusing to ever go into a tunnel again. Similarly, one soldier recalls how an encounter with the biggest rat he had ever seen led him to continually fire his gun. A colleague dragged him out before he grabbed a â€˜frag’ and threw it into the hole too. After this, he refused to ever go into a tunnel again. American soldiers were often prepared for traps that may be on the ground, but they had not prepared for those coming from above.

Snakes were also commonly used traps inside these tunnels. Again, tripwires would trigger the release of snakes hidden somehow inside bamboo sticks, known to soldiers at â€˜bamboo vipers’. Sometimes these snakes were even poisonous and so became known as â€˜three-step snakes’ because a soldier was only granted three more steps before the venom killed him. Imagine being stuck in a tiny space, panicking, screaming, and trying to escape as a snake slowly wound itself around you.

Archives held in Texas revealed this happened to one unfortunate soldier. Reports state the soldier in question “had no time to scream or to unsheathe his knife, the snake had already knotted tighter around his neck and badly bit his face”. A colleague he worked with recovered his body by dragging his “violet-coloured corpse” out of the tunnel. It was a horrendous ordeal to face and brought even the toughest of men to tears.

These tunnels hugely impacted American morale as it was difficult to comprehend that the enemy could be hiding just feet away yet were undetectable and unreachable. Frank Gutierrez, for example, served with the US Army in Vietnam from 1967 to 1970 as a rifleman, field wireman, and an ordinance specialist at Chu Chi and Long Binh. When interviewed he stated: “We often wondered how things happened in the night and we never saw what was going on, guys getting their throat cut. Nobody ever knew where these guys were coming fromâ€¦ they pointed out in jungle school that there was a tunnel systemâ€¦ we had numerous tunnel rats, but we never knew exactly where or how extensive or where the entrance were. We just didn’t know. I didn’t know.”

One of the huge psychological issues for tunnel rats was the closeness of combat. Even if they could deal with the claustrophobic conditions, air and artillery support had not prepared them for the type of old-fashioned combat that relied on savage behaviour, individual strength, guts, and cunningness. The Viet Cong, with their lack of funding, was more skilled in this area given the necessity of their style of warfare. One Viet Cong technique was to slit a man’s throat or garrotte him as he came up through a connecting trap door; this often did not phase the men.

When it came to Americans, however, some found it difficult to kill when they were face-to-face with the enemy in such tight confines. Naturally, there were only first chances, never second, so some simply killed as they had to. On occasion, they ended up having severe nervous breakdowns and their colleagues dragged them out of tunnels crying and screaming. Sergeant Arnold Gutierrez of the 25th Division stated that after a while they became so tuned to what was happening “that when the other person would flick an eyelid up or down, you really knew he was there, in the corner, not even hiding anymore. Just sitting and waiting. [But] They were the ones you never killed. You just backed out and told them up above the tunnel was cold.”