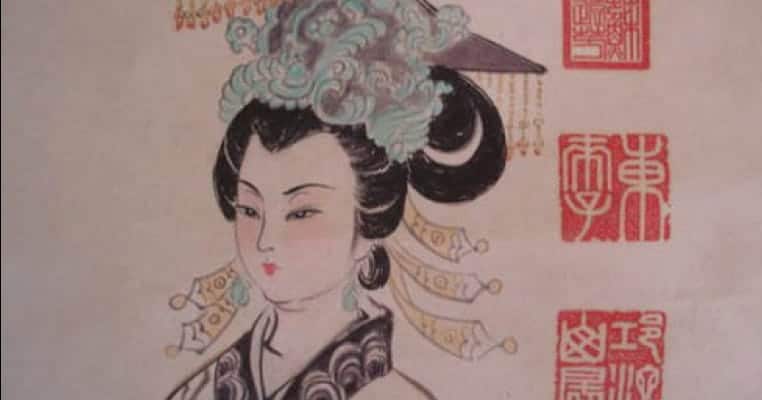 Wu Zetian Began to Oppose Anyone Who Stood in Her Way

After her two sons were born, Wu Zetian had a daughter; sadly, the infant died within a week. The exact causes of the infant’s death are still a source of speculation for historians. What is known is that Wu accused Lady Wang of smothering or strangling the little girl, as Lady Wang was the last one to hold her and was known to have a particular disdain for Wu. Lady Wang had no alibi, so she was found guilty of the child’s murder and banished from the harem. Wu also implicated Xiao in the death of her child, who joined Lady Wang in exile.

However, some later writers indicated that Wu might have killed the child herself to get rid of the other two women whom she may have seen as standing in her way. Soon after Lady Wang was sent into exile, the emperor divorced her and married Wu. She functionally became Empress and wielded a substantial degree of influence over her husband, particularly in matters of the state. Maybe the people who accused her of killing the child were those who opposed her rise to power, especially as it contradicted with Confucian ideals. Perhaps, however, there was some truth in the claim.

Wu quickly won enemies in the imperial court. Advisors who had served under the emperor’s father claimed that his marriage to his father’s former concubine was considered incest. Many of them were exiled or executed. Wu came to hold even more power after the emperor suffered a stroke and functionally came to rule China for the next 23 years. One of the first things that she did as Empress was ordered that the hands and feed of Lady Wang and Xiao be cut off before they were thrown into a vat of wine to drown.

Still, some people still stood in her way, namely, her sons. One, the crowned prince, was believed to be poisoned after challenging the Empress. Another of them was sent into exile, where he was forced to take his own life. Her other son, Li Hong, became emperor after her husband died, but Wu didn’t like how much he was pushing his own agenda instead of doing as she wanted. Wu charged them with treason, and they were both banished. Her youngest son finally became emperor; however, he lived under house arrest, so Wu made all of his decisions for him before she forced him to abdicate.

At the point of her youngest son’s abdication, Wu Zetian became China’s only female emperor in history. She worked through a network of spies and secret police and even paid informants to come to the court and give accounts of anything that they knew. If she wanted to get rid of anyone, she had the means of gathering dirt on him or her and the necessary power to have that person exiled or executed. Any plot against her was quickly unearthed, and those who served as her spies were richly rewarded. No one dared to stand in her way.

Wu Zetian’s Demise Was as Spectacular as Her Rise

Towards the end of her 23-year reign – 15 years of which she held the official title of the emperor – Wu Zetian fell prey to the excesses that have spelled the end to so many leaders both before and after her. She took on a harem of male concubines, with two brothers – the Zhang brothers – finding particular favor. In her seventies, she became so enamored with the twenty-something-year-old Zhang men that she came to neglect her official duties.

As historian Mike Dash said, “In her seventies, Wu showered special favor on two smooth-cheeked brothers, the Zhang brothers, former boy singers, the nature of whose private relationship with their imperial mistress has never been precisely determined. One of the brothers, she declared, had ‘a face as beautiful as a lotus flower,’ while it is said she valued the other for his talents in the bedchamber…. the empress, greatly weakened by infirmity and old age, would allow no one but the Zhang brothers by her side.”

In fact, her infatuation with the two young men drew the ire of officials in the court, who realized that she was neglecting her state duties. One account actually shows that court officials became so furious that they raided the palace, decapitated the Zhang brothers, and commandeered the government. Still, Wu continued her downward spiral, which now included drug addiction, in addition to her time with her male concubines. Her paranoia increased so that anyone who opposed her would be banished, imprisoned, or executed. In time, her son, Zhongzong, had to be brought back from his banishment to take over as emperor.

Despite her ruthless rise and disgraceful fall, Wu Zetian can be credited with many reforms of the Tang Dynasty. She helped expand military control of the region, which contributed to unifying the land into a governable state. A system of civil service exams was propagated, which enabled those with the necessary skills to obtain positions. Additionally, taxes and military expenditures were reduced while the salaries of those deserving were raised. Furthermore, retirees were given pensions, and formerly royal land around the palace was converted to farmland. So whether or not she killed her daughter, a lot can be said about China’s only female emperor.