You Won't Believe Why Medieval Peasants Chopped Up Their Dead 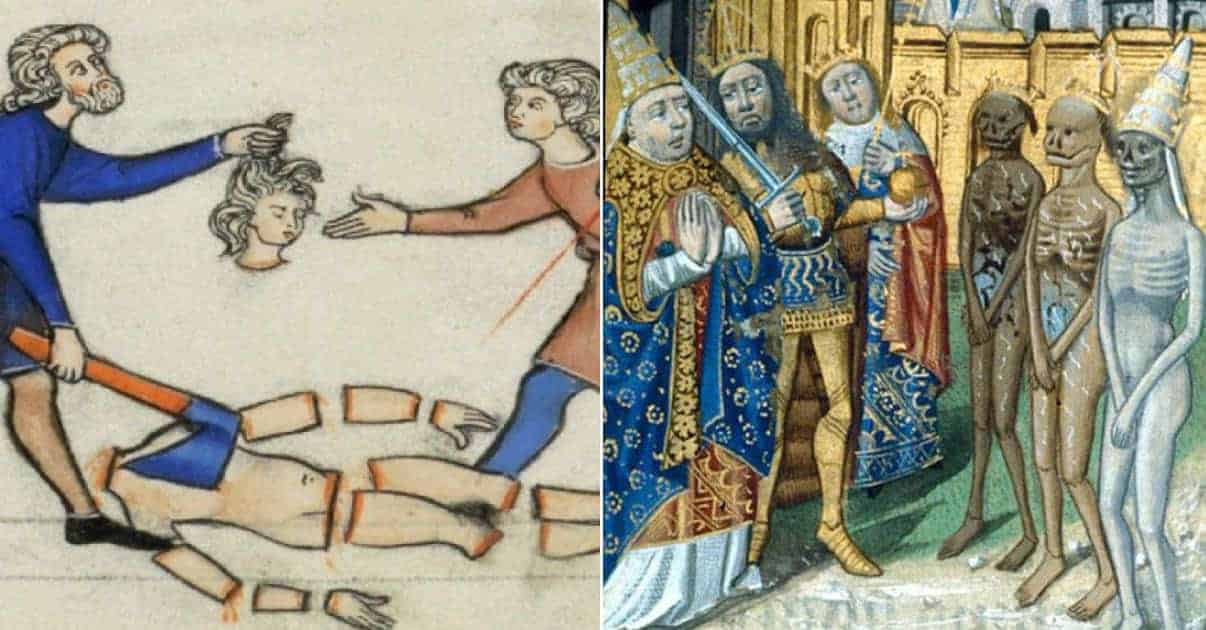 You Won’t Believe Why Medieval Peasants Chopped Up Their Dead

The fact that the belief in corpses rising from the dead to drink the blood of the living is so widespread is actually a clue to where the idea comes from. It’s an indication that there was something universal behind all the different legends, and in fact, there was. All of the legends about the living dead are likely based on an observation of the process of decomposition. When someone dies, their body naturally begins to bloat. At the same time, their gums begin to recede away from the teeth and the skin shrinks away from the hair and nails.

Taken together, this can give the impression that the body is not actually dead. The swelling makes it look as though the body has been feeding. Blood can flow from the mouth when the body is moved past teeth that now resemble fangs due to the receding gums. And the way the skin shrinks can make it look like the hair and nails are longer, which is why you may have heard the – false- story that they continue to grow after you die. In a time before embalming, medieval peasants would see all these signs when they dug up a “revenant.”

It’s important to remember that stories of revenants grew out of a time when people understood little about disease. So, if someone died of a condition like tuberculosis, which is transmitted easily to others in a house, the people in the community wouldn’t understand why the other members of their family seemed to begin wasting away shortly after their death. To people who lived in a world where the existence of the supernatural was accepted as fact, it wouldn’t take much of a leap to believe that a corpse was rising from the ground and draining their blood.

And after digging up the body to see if it had actually been visiting relatives, the natural process of decomposition would seem to confirm their belief in the idea of the revenant. That explains why so many people were absolutely convinced that revenants were a real threat. And it wasn’t just peasants who shared that conviction. Some of the most scholarly people of the time like monks and priests actually documented cases where revenants had risen from the ground. Obviously, they didn’t see these events first hand, but they felt that revenants were so threatening that the accounts needed to be preserved.

That explains why medieval people in England spent three hundred years cutting up their dead before burial. The idea that they could return and bring death to the community was considered a very real possibility. Today, people don’t find themselves lying awake at night and worrying about a knock at the door from a corpse. And perhaps they should count themselves lucky for that. After all, that was a stark reality to the people of medieval Europe. And it’s a reminder of the power that beliefs can have over a community. Especially, the ones that are the most horrifying.