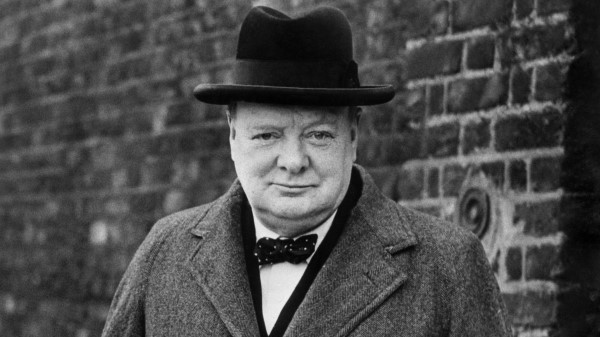 The temperance movement in the rest of the world wasn’t nearly as successful. The movement in the UK truly got going in the mid-19th century. But it never really gained national attention or momentum like it did in the United States. By the time it did gain some attention, the United States had been suffering through the terrible idea that Prohibition ended up being for several years, and the temperance movement died a painful but quick death by 1924.

That isn’t to say that the British Government didn’t do some things to curtail the use of alcohol, but it was never the true ban of such drink like the Americans did in 1920.

In 1914, Parliament passed the Defense of the Realm Act, which amongst other things dictated how long bars and pubs could be open, and mandated that beer be watered down. It also taxed alcohol much more severely than it had before. There was also the State Management Scheme in 1916 that nationalized several breweries around armament factories.

However, beyond the fact that it never became a true focus for the British as there were wars to be fought (the UK was deeply involved in World War I and World War II right from the beginning of both wars, whereas the US didn’t join either war until years after their official beginning). The UK was also able to see how unproductive and how unenforceable Prohibition turned out to be in the US.

In 1920, the US ratified the 18th Amendment to the Constitution, and the sale, transportation and production of alcohol became illegal nationwide. It was the culmination of almost a century of lobbying by several organizations that made up the American Temperance movement.

In theory, the idea behind Prohibition is fine. But it is unsurprising that Americans thoroughly rebelled against the idea of the Government imposing the morals of the few on the masses. Illegal distributors of alcohol popped up in locals called speakeasys, bootleggers brewed drinks using industrial alcohol by denaturing it, and the government did its best to shut down everything having to do with alcohol. It even went so far as to poison those industrial alcohols in hopes of getting people to stop drinking.

Needless to say, in the end, the United States government found Prohibition much more difficult to enforce than they probably thought it would be.

It is also interesting to note that Prohibition played a role in the foreign relations of the US government as well. Winston Churchill, for example, had quite a bit to say about American prohibition. He even had a great way around it.

Along with inspiring quotes and moving prose, Churchill is also known for his love of the alcoholic beverage. He apparently drank champagne with every meal, enjoyed scotch throughout the day time, and capped it all off with some brandy at night.

In December 1931, Churchill was in New York City. When he was on his way to visit a friend, he abandoned his cab ride, and started walking. Somewhere on fifth avenue, Churchill was struck by a car while crossing the road. According to his account that appeared in the Daily Mail a few days later: “In England we frequently cross roads along which fast traffic is moving in both directions. I did not think the task I set myself now either difficult or rash.”

His injuries were, thankfully, fairly minor given that he was hit by car. He was treated at Lenox Hill Hospital for a gash to his head, a broken nose, and a few fractured ribs. He was also in shock.

After a couple of weeks healing, he resumed his lecture schedule, but it proved taxing. His physician issued him a prescription for alcohol in order to get around the Prohibition laws that he had to abide by while in the United States.

Now, despite this seeming like a favor to a famous Englishman, prescriptions for alcohol during Prohibition were fairly common. There is no concrete evidence for this, but the health profession was much more personal in those days, and it would likely be fairly easy for those of means to find their way to their family doctor for a Liquor Prescription Stub (pictured below). They would then pay around $3 for the stub itself (a fee to the doctor) and another $4 for the booze itself, and they would be able to get their drink on.

How many took advantage of this Prohibition loophole is unknown, but it is known that it was used fairly often. So, it wasn’t just Winston Churchill who took got his alcohol even with the ban that had taken place in the United States.

Despite being in effect for over a decade Prohibition ended up being fairly pointless, and often times downright dangerous. Not only did you have to deal with the US government’s dangerous poisoning attempts to slow down the use of industrial alcohols, but criminals like Al Capone and his lot weren’t exactly experts at making healthy drinkable booze. Many people got sick on inappropriately brewed booze, and thousands died due to alcohol poisoning.

By 1933, the United States had had enough, and Prohibition would be repealed. It just turned out to be a bad idea for both the citizens of the country and the economy. It also was a nightmare to enforce, something that the government found out very soon after the ratification of the 18th amendment. When Winston Churchill came back to visit right after the United States joined in World War II, he would finally be free to have his drinks without worrying about visiting the doctor for a prescription.