What the World Doesn't Know About Pin-Up Girls 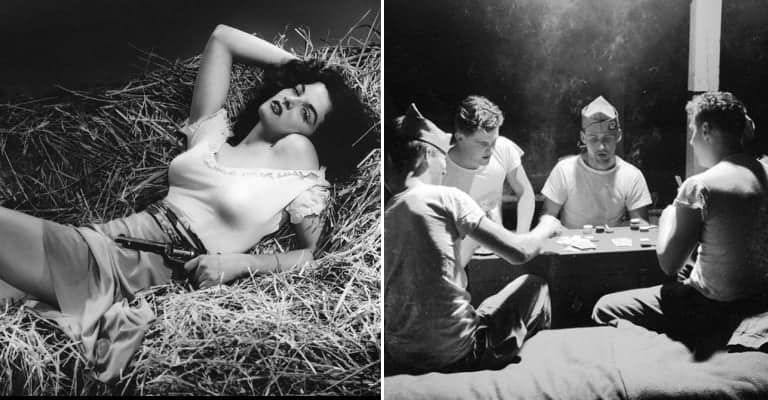 What the World Doesn’t Know About Pin-Up Girls

By the 1960’s, the United States went through the free love movement, and pin-ups were no longer popular. In pin-up artwork, women were never revealing their undergarments on purpose. It was more about the idea of catching a woman in a private moment that you’re not supposed to see. It was all about teasing or leaving a lot to be a mystery. Magazines like Hustler showed more than Playboy, and pornography became more common, and women looked straight into the camera with bedroom eyes.

The public opinion of sexy photos has changed, too. Now, almost every girl has a selfie where she poses in a sexual way. But back in the 30’s, being a pin-up model was considered to be a shameful thing to do. Now, it is something that is completely expected by famous actresses. Today, it is difficult to find an actress who doesn’t have a sexy photograph. By comparison, the vintage version of pin-up is seen as being far more wholesome than what we see today, which is why a lot of women still enjoy modeling in the pin-up style.

For years, pin-up art was seen as yesterday’s news. It became so tame, that people did not want to use it for pornography any longer, and yet it was too raunchy to be taken seriously as fine art. So it was stuck in a strange limbo where only dedicated fans and collectors were holding on to the original pieces that had been re-printed thousands of times in advertisements, magazines, and calendars.

Since the 2000’s, there has been a new interested in vintage pin-up, and collectors absolutely love to buy the original artwork when they can. On average, an original pin-up painting by a famous artist will go anywhere from $2,000 to $100,000. One piece called “Gay Nymph” by art artist named Gil Elvgren sold at auction for a whopping $286,000 in 2011. Back in the 1930’s, no one would have ever imagined that these borderline pornographic images of women would ever sell for just as much as fine art. Even after the economic recession of 2008, the price of pin-up artwork never dropped.

1. Nostalgia Is Bringing Pin-Up and Burlesque Back

In a world where entertainment is constantly trying to push the envelope of going one step further than the next guy, being edgy is often more profitable than playing it safe. However, it leads to a society where cringe is almost a genre of its own. In horror, we can barely watch what we see in the gruesome scenes. And in romance, now even S&M is acceptable to watch in the likes of Fifty Shades of Grey.

For a few decades, pin-up artwork was seen as being very dated, but by the 2000’s, people began to feel nostalgic for times when the definition of “sexy” was actually very innocent in comparison to what is expected in today’s world. For years, men were the #1 fans of pin-up, and now, women are embracing it more than ever. There are several clubs and organizations as well as conventions that celebrate women’s love of pin-up, and there are opportunities for women who want to model in the vintage style. Even today, women like Dita von Teese are becoming famous as a modern version of a burlesque model and performer.