This Amazingly Well-Preserved Mummy Told Many Secrets... and Didn't Come From Egypt 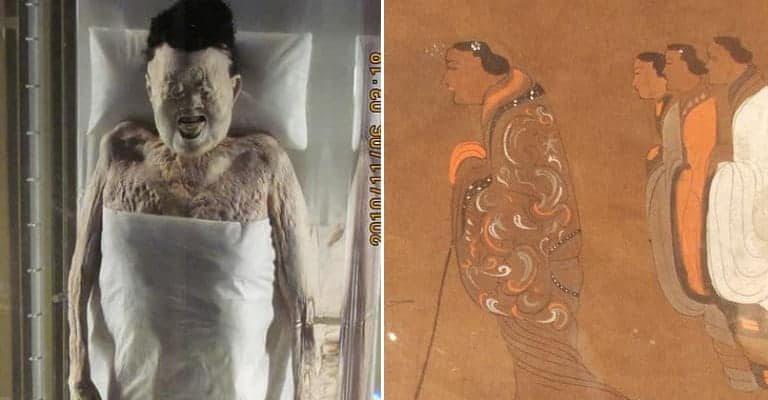 The Mystery of Lady Dai’s “Mummification”

The preservation of Xin Zhui’s body was extraordinary; better than any Egyptian mummy. However, although this has led to many lauding the Lady of Dai as the world’s best-preserved mummy, there is no proof that she had been mummified-at least, not in the conventional way.

Mummies are produced one of two ways: by natural or artificial preservation. Natural mummies occur in extremes of heat or cold, or in anaerobic environments where a lack of oxygen preserves the flesh. The ancient Egyptians began their process of artificial mummification by draining the deceased’s blood and removing the internal organs – which were most vulnerable to putrification- and storing them separately. They then dehydrated the body to halt decay using natron, a type of salt. Finally, they packed any hollows left by the absent organs with cloths before wrapping the corpse in linen.

Lady Dai’s body was wrapped in silk. However, this is where any similarities to Egyptian mummies ends. Her body was moist, not desiccated and not a drop of blood or a single organ had been removed. The only indication of any preservative solution came from the 21 gallons of slightly acidic, magnesium-based liquid which surrounded her corpse in its inner coffin. This liquid oxidised as soon as exposed to air. It also left the archaeologists who discovered Lady Dai with a rash on their hands for several weeks.

Since Lady Dai’s discovery, archaeologists have found two other corpses within a few hundred miles of the Mawangdui Tombs- both in a similar state of preservation. Experts have identified them as a magistrate named Sui and Ling Huiping, the wife of a powerful Han dynasty Lord. However, even if the ancient Chinese were privy to a now lost preservative fluid, while the application of such a liquid to the exterior of the corpse may explain the excellent surface condition of the body, it does not explain the survival of the internal organs and tissues.

Some experts now believe that, while the mysterious fluid may have played its part, Lady Dai’s remarkable preservation may have more to do with the conditions of her burial than the strange liquid. For the fact that her body was buried in a watertight tomb, 40 feet underground, in a sealed nested coffin, and insulated in twenty layers of silk and a paste of charcoal and clay may have been enough to keep oxygen and decay at bay. Today, science aids Xin Zhui’s continued preservation using another secret elixir which Lady Dai’s modern attendants injected into her veins Mummified or not; this modern day mystery preservative ensures that Lady Dai remains as fresh today as on the day archaeologists first lifted the lid on her coffin.